FKA twigs is a reincarnated Aaliyah making electronica-infused R&B with an alternative twist. “Two Weeks” channels the best of her sound—with her airy, whispering voice as the primary medium—into an atmospheric wave with pulsating synths setting the soundscapes. It is sensual and spectacular.

Shamir’s excellent debut EP, Northtown, is filled with spare but deep mash-ups of dance music, R&B, hip-hop, Prince-esque vocal pitch-shifting and more. The best track is its single, “If It Wasn’t True,” in which the 19-year-old puts his androgynous voice to use in a suitably split tone between accusation toward an unfaithful lover and regret that he pushed her away. For a song driven by bedroom-electronic beats and breakdowns, it is a gnarled and fully formed sonic achievement, and its mixture of bravado and longing pegs it as the closest thing to “17 Days” since the peak of His Royal Badness.

For a song dealing with a looming cancer prognosis, “Critical” starts in suitably foreboding fashion, ominous bass notes and some spectral vocals floating in and out. In a near falsetto, Olaniran sings above skittering beats in an atmospheric soundscape steeped in gloom, replicating the anxiety that comes with waiting by the phone for the doctor’s call. The empathy Olaniran creates puts you in that dreaded position of pacing the floor and expecting the worst, which can make for an uncomfortable listen, but the sonic architecture compels you not to avert your attention. 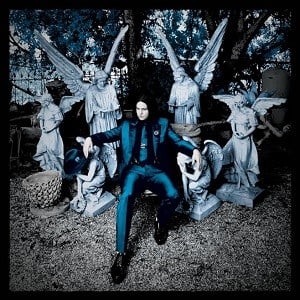 Jack White is everywhere these days, tearing through headlining spots at premier festivals, promoting his superlative new album, Lazaretto, on late night talk shows, trashing the Black Keys and even supplanting the “Sad Kanye” meme with a recent visit to the friendly confines of Wrigley Field. When he’s melting faces with blistering guitar work and frenzied vocals, it’s easy to forget how sublime his more subdued tunes can be. “Alone in My Home” uses a wistful keys-based ditty to hearken back to some of the White Stripes most tender work, and even amongst all the bangers, it’s one of Lazaretto’s best.

Guys in their 20s shouldn’t go out with girls in their teens. Just ask Makthaverskan’s Maja Milner. “Fuck you for fucking me/ When I was 17,” she rails at a former lover on new song “No Mercy,” a sad/angry screed backed by dreamy instrumentals that wouldn’t feel out of place on Disintegration if the vocalist wasn’t so pissed off.

Meet Sigur Rós’ angry younger brother. This Icelandic quartet’s newest release is a brooding maelstrom of folk-metal and straight up rock; it’s ferocious even in its quieter moments, with singer Addi Tryggvason infusing every word with seething rage. Then the song outright explodes, with a brilliant banjo lead and a “woo-oh!” chorus that seems the perfect soundtrack to your next battle at sea. As powerful as a hurricane and heavy as a glacier.

“Jaded” embodies a small sample of what makes electronic producer Lone’s new album, Reality Testing, excellent—lush textures, a prism of polished production and interesting elements like footwork and even hip-hop. But what’s great about this track is that you don’t need to try and categorize it to enjoy it. It simply bangs. 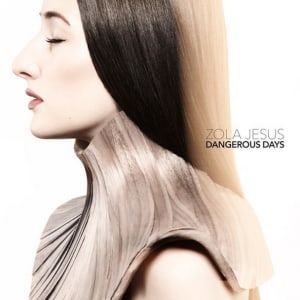 Nika Roza Danilova (aka Zola Jesus) has come a long way from her first album, The Spoils, and its lo-fi tracks recorded in her apartment. With each new album, she has brought ever more clarity to that gritty sound and developed her trademark glacial intensity and powerful vocal. Judging by her latest track “Dangerous Days,” her forthcoming album, Taiga, however, may be branching out into electro-dance pop that puts her voice front and center where it always belonged.

9. Donnie and Joe Emerson – “Ride the Tide” (Light in the Attic)

This quintessential piece of early ’80s pop is my song of the summer, but it wasn’t released until this year. Light in the Attic had a hit with their 2012 reissue of Dreamin’ Wild, a 1979 private press album made by two teenagers from a remote outpost in eastern Washington state. That amateurish debut charmed crate-diggers and New York Times readers alike, but a “new” album of the Emersons’ subsequent, previously unreleased recordings shows that their pop craft was just beginning to develop.

10. Lane 8 feat. Bipolar Sunshine – “I Got What You Want (Every Night)” (Anjunadeep/Ministry of Sound)

Prior to this month, producer Daniel Goldstein (aka Lane 8) had managed to stay below the radar. After pairing with Manchester’s Bipolar Sunshine for this surreal house collaboration, you’d do well to keep a lookout as new singles surface ahead of his forthcoming extended release via Ministry of Sound. If you’re on the hunt for beats suited for that after-club come down, look no further!