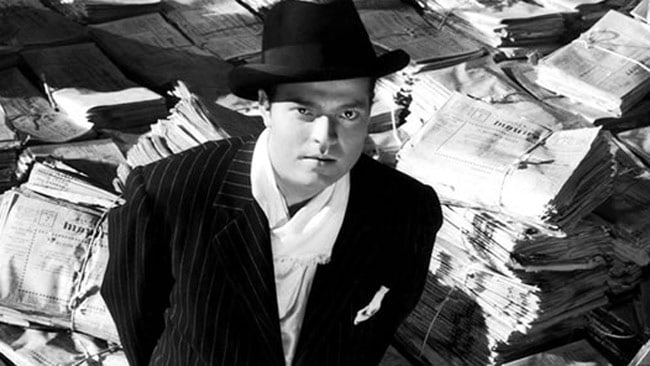 Citizen Kane is about, among other things, the search for the unknowable, or at least the unhelpful. Jerry Thompson (William Alland) is tasked with learning as much about the life of Charles Foster Kane (Orson Welles) as possible in order to discern the meaning of Kane’s dying word, “Rosebud.” Thompson never will find out what it means, and although the audience does, how much or how little it tells us about the man—or anything else—is open for debate. Welles would depict increasingly abstract searches for knowledge throughout his oeuvre, his characters often times defined by some crucial bit of information they either desire or possess, or else punished for missing it entirely. In The Lady from Shanghai, Michael O’Hara is desperately trying to uncover an elaborate series of betrayals, murders, and framings, and even when he seems to have ascertained what has happened, the film itself seems to malfunction in response, turning the final shootout in a hall of mirrors into a surreal event marked by discontinuity and confusion. Reality itself fails to cohere, or else subjective perceptions are fragmented and distorted because of how harsh and unrelenting the truth can be. Josef K of The Trial is accused of an unspecified crime and spends much of the film seeking one person or another for advice and clarification. He learns that he has been sentenced to death but never learns why or even by whom, suggesting that attempts to understand our own circumstances and the world around us will continue to the grave. In F For Fake merely sorting out fact from fiction proves to be a nigh impossible task, and it seems that Welles himself is delighting in our inability to pinpoint the truth, just as how Thompson failed to find the “truth” about Kane some 37 years prior. Macbeth is a study of a man who knows his fate and yet is compelled to follow it by supernatural forces, Welles’ more prominent witches, while The Magnificent Ambersons’ George’s inability to accept reality (“automobiles are a useless nuisance, which had no business being invented,” he memorably quips) dooms him to psychosis. Whether a character is completely blind like George, fully aware like Macbeth, or actively searching for answers like Josef K or Michael O’Hara, Welles characters—and often times his films themselves—are marked by a compulsive search for truth. 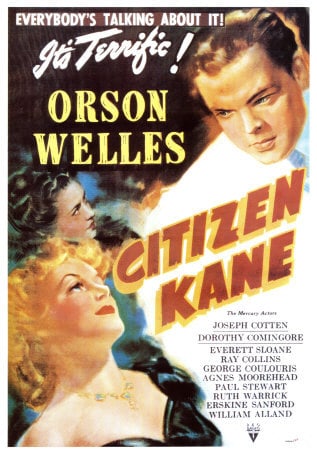 What makes Citizen Kane stand out even amongst Welles’ other masterpieces, to say nothing of its countless innovations, technical brilliance, and structural perfection—one can (and should) turn to Roger Ebert’s DVD/blu-ray commentary, André Bazin’s “The Evolution of the Language of Cinema,” or Bordwell & Thompson’s Film Art for all of that—is how it both affirms the possibility of an answer but scoffs, even laughs, at the sacralization of it in a way that many of his other films do not. When Thompson hypothesizes that Rosebud was something that Kane “couldn’t get, or something he lost” and the camera shortly thereafter reveals it to be the sled from his childhood, the film seems to have found the answer or discovered some sacred piece of information that explains everything. But the other part of his sentence resonates just as clearly: “Anyway, it wouldn’t have explained anything… I don’t think any word can explain a man’s life. No, I guess Rosebud is just a piece in a jigsaw puzzle… a missing piece.” Welles is not reveling in dramatic irony by telling us what the characters don’t know. He is not providing a naïve resolution. He is not providing any resolution at all. But if Rosebud were just “a missing piece in the jigsaw puzzle,” we wouldn’t need to see it, either. Does this image speak louder than all of the previous images of Kane’s life? Does it tell us more than all the flashbacks we did see and more than all the events that we couldn’t see would have?

Rosebud—or rather “Rosebud,” the search for a specific but intangible meaning—is the reason Josef K is on trial, and it’s also the definition of “art” central to F For Fake. It is, to repurpose a line from The Glass Menagerie, “the long-delayed but always expected something that we live for,” glimpsed, perhaps even promised, but not quite possible to put your finger on. It is the recreated fantasy of Welles’ The Immortal Story. But Josef K never finds what he is looking for and can barely even define it, and Welles’ other films often find an answer, even if their characters don’t. What makes Citizen Kane unique is that it defines and then questions the usefulness of such coveted information and frustrates rather than satisfies us in unearthing an “answer.” The revelation of Rosebud and the concept itself is as concrete or as allegorical, as meaningful or as useless, as we wish it to be. We do need to see Rosebud, but because it complicates, not simplifies, the borderline absurdist searches that mark both the film and Welles oeuvre.

The “No Trespassing” signs that bookend Kane suggest not just that we can never know a man, but that even the answers we think we want could stilt rather than assist us. Welles would spend many of his later films continuing to trespass before reaching F For Fake’s more inward, self-aware question of whether we can be certain of anything art gives us. Citizen Kane, the closest cinema will ever come to an Official Greatest Film of All Time, the film that finished 11th in the first Sight & Sound poll in 1952 (number one went to Bicycle Thieves), 2nd in the most recent (to Vertigo) and 1st in the five polls between them, the subject of countless studies, the origin of countless cinematic innovations, lays that groundwork exceptionally well: It asks whether any answer to grand questions can ever truly satisfy. Welles would spend the rest of his career testing the extent to which answers (or the lack thereof, for George and Josef K) can impact us, but Kane earns the above accolades because it tells us all that we need to know in its choice to empower the viewer—nobody and nothing else—by giving us Rosebud.