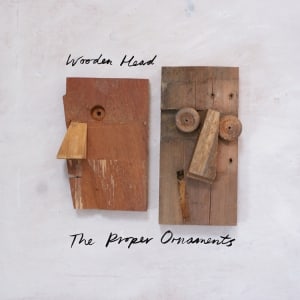 The earworm opener, “Gone,” mumbles its lament, over stumbling guitars and a shuffling beat. Vocals recall the British neo-psychedelic sounds of 30 years ago, and like much of this album, these short songs stay faithful to predecessors, if august ones. The Jesus and Mary Chain, sans feedback, provides a fitting reference for this first, unsteady song. Many songs rise slowly, with Beatlesque drums and thick melodies. Swirling voices, a wash of cymbals and thick strums over steady percussion. A pastoral mood floats by, unassumingly. Despite a title of “Magazine,” there are hints of the Kinks, cleverly crossed with the Beatles-period of the Byrds. A strength of this album is that such patterns entice rather than dissuade listeners.

Another twist of band references floats “Stereolab”; here we hear that band’s propulsion. But there is also a nod to New Zealand indie rock of the 1980s in the expansive instrumentation. It’s too brief a song, but it feels very epic. The smokier mood of “Always There” creates a huskier atmosphere. It has a slight Ennio Morricone ambiance. I prefer this less than the more effusive tracks dominating this album. However, it offers some variety for those who may like this sultrier, less effervescent tone.

If you ever wondered what blending the J+MC with the Beatles might create, cue up “You Shouldn’t Have Gone.” Boyhood fans in the ‘60s turned ‘70s musicians to make records in the ‘80s in turn. These then spawned the creators of congenial sounds, five decades on. This song concludes an album which is a fine tribute to the pioneers of the psychedelic-pop and indie-rock movements which stretch by now back an entire half-century. For all its polite bows to those who came before, Wooden Head rewards in reminding us of the songwriting strengths within comforting three-minute songs. May this record keep playing on repeat for you, as it has for me.