September 29, 2020
Home Music Bear in Heaven: Time is Over One Day Old 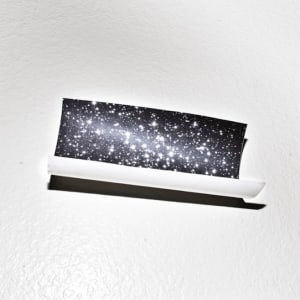 [xrr rating=3.25/5]Jon Philpot, founder of the Brooklyn-based Bear in Heaven, walks the fine line between esoteric experimentation and pleasant accessibility. His band hit its sweet spot on 2009’s Beast Rest Forth Mouth, an album of carefully constructed pop songs with an ambient sensibility. Its swirling synths coexisted seamlessly with soaring, catchy melodies, proving that it is possible to challenge listeners and give them something to hum long after the record has finished spinning.

Drummer Jason Nazary joins Philpot and his longtime collaborator Adam Wills on the band’s fourth proper LP, which finds the group on familiar ground. “Autumn” begins with bird-like sounds and atmospheric synths punctuated by ambient noises that which capture the “Bear in Heaven” sound as well as anything in their catalog. They break no new ground on Time is Over One Day Old, but they do give us several thrilling, slightly unpredictable moments.

After the bird-like, alien sounds that open “Autumn,” which recalls George Martin’s eerie production work on “Tomorrow Never Knows,” the lead tune settles into a pulsating groove with a catchy melody. It’s the kind of psychedelic, ethereal brew that Bear in Heaven delivers so well. “The Sun and the Moon and the Stars,” which comes right in the middle of the album, is similarly trippy and melodic at the same time, with anthemic guitars and strings filling out the sound and Philpot’s understated yet powerful voice rising to the top of the mix.

On the five-minute “They Dream,” the band thrusts themselves into unchartered territory. The tune opens with quickly modulating synths before a melodic bass line and an agitated, energetic drum groove take over. Once the listener gets comfortable with the tune’s fun, slightly off-kilter rhythms, the bottom drops out of the song altogether, the instruments are phased out and a lead vocal and single synth line re-enter. “They Dream” ends as a minimalist ballad, never to return to its pulsating opening theme.

“They Dream” is one of the few tunes on Time is Over One Day Old that messes significantly with audience expectations. Most of the numbers stick to the formula that Bear in Heaven have developed over the years. Songs like “Time Between” and “Memory Heart” feature mostly one-note melodies that don’t stick with the listener the way a distinctive tune like “Autumn” does. On tracks like “If I Were to Lie,” Adam Wills’ bass part is more distinctive than Philpot’s lead vocal track.

The album tends to sound too similar from track to track, but there are electrifying moments that stand among the best in Bear in Heaven’s impressive oeuvre. Songs like “They Dream” remind the listener that Philpot and friends have the chops to pull off both hummable songs and pieces that challenge rock song structure, a feat matched by very few bands today.