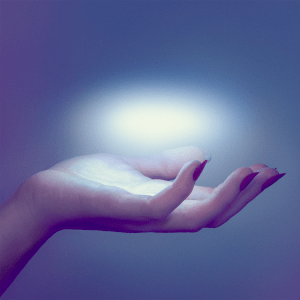 [xrr rating=4.25/5]They’ve done it again. Eight albums in (and only one subpar release in the whole lot), They Want My Soul illustrates that Spoon’s remarkable consistency isn’t showing signs of slowing down. They Want My Soul feels like a natural progression, an indie release steeped in soul, funk and southern rock ‘n’ roll. It’s a brilliantly catchy album that proves that Spoon is in a league of their own.

Critics were a bit worried after 2010’s Transference. It wasn’t a bad release, but it still fell behind the high standard set by Ga Ga Ga Ga Ga. Had Spoon hit their peak? Hell no. They Want My Soul is at least in the top three albums that the Austin-based outfit has ever made, and it challenges Ga Ga Ga Ga Ga for their best yet. The tracks here feel strong as singles, each bringing a distinct and delectable flavor to the table, though that was obvious from the get go. Lead single “Rent I Pay” is a punchy number with a hoarse delivery from frontman Britt Daniel. It stomps along like a more focused (and less hellacious) cousin to Transference highlight “Written in Reverse.” “Do You,” the second single, might be the best song on the album, and it’s one of Spoon’s finest to date. It balances catchiness and beauty with grace, and Daniel throws out what may be the best slogan of 2014 so far with “Do you wanna get understood?” His rough voice is paired perfectly with a warm piano line, making the song comforting and energizing.

Daniel has always had an odd charm in his vocal work, but They Want My Soul subverts it with some of his most vicious lyrics. “Knock Knock Knock” has Daniel fuming about an ex-lover over a stark beat and ominous whistling before he spits the chorus of “I see you and you’re shaking/ And you’re breaking/ And you tell me I’m your only friend/ And it starts all over again.” Similarly, the Ann-Margret cover “I Just Don’t Understand” (taking more from the Beatles version) is a dusty anti-ballad. And then there’s the title track—it’s more cheery on the surface and Daniel smiles his way through the lyrics, but he’s also giving the finger to the “card sharks” and “educated folk singers” who want Spoon’s soul. You have to wonder what horrid meetings they had to go through before making this record. It’s clear that Spoon didn’t make any Faustian deals, they’ve still got a good hold on their spirit. The gorgeous “Inside Out” has waves of reverb-soaked organ as the song grooves its way to a blissful ending. “Rainy Taxi” is a sharp and dangerous rocker that begs for a Scorsese-directed music video. The bubbly “Let Me Be Mine” sets Daniel strutting while cheekily singing, “Auction off what you love, it will come back sometime.”

Along with “Let Me Be Mine” and “Do You,” Spoon somehow delivers another pair of solid gold hits. “Outlier” is the most rockin’ song they’ve put to tape, with Jim Eno propelling the song through his swaying and speedy drum work. The brooding piece has a darkly sexy groove to it thanks to Eno. It’s great to hear Spoon take on a heavier song structure and excel just the same. And Spoon also has one hell of a finale in the phenomenal “New York Kiss.” It feels like the perfect song to set the credits rolling. Daniel sounds like he’s still savoring that kiss over a rushing and thrilling keyboard. Nearly two decades into their career, Spoon is still at the top of their game, creating some of the absolute best pieces of the year. It’s almost not fair.