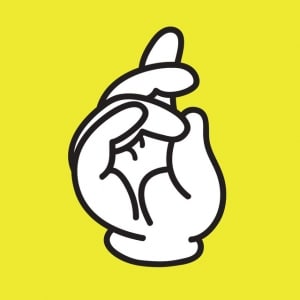 [xrr rating=2.25/5]Although, or possibly because, listener boredom has reached at an all-time high (some stations have even resorted to shortening songs to deter this plague), Helsinki’s prog-rockers Siinai were adamant about creating another conceptual full-length. Three years removed from the mystic dynamics of Olympic Games, the four-piece have crafted their follow up effort on a much more mundane experience, the Supermarket. The idea is larger than just one establishment; the album’s eight tracks are a reflection on the world’s “supermarket nations.”

The album is almost purely instrumental, although “Exit,” “Aieouyäö” and follow-up cut “Jonotus / Queue” do include some distant echoes to enhance the stagnant melodies. Still, it could very well have been constructed on memories from the morning commute, waiting in line at the local coffee shop, the final few classes before summer break, flying across the Sierra Nevada or watching the most recent unnecessary James Cameron reboot – obligatory rituals that we complete but quickly forget. That latter of the aforementioned tracks stretches for over 11:30 and is reminiscent of a lost collaboration between the most depressed of Baroque choruses and a lucid-dreaming Godspeed You! Black Emperor. Even most short treks to the Piggly Wiggly come with more excitement than this diminutive celestial interplay.

Not all of the tracks are so sterile; Supermarket is fortified with a new bleakness. Opening up with an extended low-frequency hum, the “En-trance” to this market is reconstructed from the ruins of a haunted European cathedral. The experience grows even darker during the industrial decay that strangles the raw guitar within “Prisma.”

But when the energy does pick up, the result is no more affecting than your average campus-based krautrock/jam-band. Both “Shopping Trance” and “Vasikka” launch with intricate guitar arrangements that cut through the prevailing psyche-leaning electronics, but each seem stuck perusing for the cheapest can of baked beans, incapable of moving onto the next aisle.

The theme of “supermarket nations” is capable of evoking several topics: excess vs. need, over-development, jaded consumerism and corporate greed to quickly name a few. None of these, or any other earnest concepts, ever begin to approach the surface of this record. As best, it aligns with Moby’s aesthetic on “Destroyed” and that album didn’t have to try anywhere near as hard to “feel” like a concept album. Where Arcade Fire was successful in representing The Suburbs in 2010, Siinai are equally frail at creating an aural accompaniment for whatever they envisioned here.