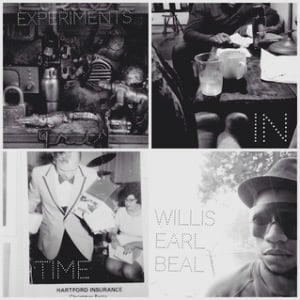 [xrr rating=2.0/5]In a recent article titled “Life as Art and the Innate Destructiveness of Creative Critique,” Willis Earl Beal outlines an extended, if sometimes convoluted, analogy of art being akin to life, and anyone who criticizes art to be on par with a willful pollutant “pouring radioactive waste directly into the ocean.” It was admittedly an inauspicious introduction to a new album from a talented artist.

This wasn’t my first time experiencing Beal’s anti-rock star agenda. I first saw him play a small Boston nightclub. Like the tape in the reel-to-reel system that played his tinny tunes, Beal was magnetic. I remember thinking it will be interesting to see which direction he goes next.

His chosen direction, it seems, was down the drain. Burdened by his newfound success, Beal fell into disagreements with his label, burned bridges with producers and kicked a man’s face in Amsterdam. For a former recluse, an Army vet turned drifter, it was too much. So Beal broke free.

Which brings us to Experiments in Time, an album written and produced entirely by Beal, distributed independently. It should represent his artistic vision as purely as it can be delivered. The record clicks open with analog hiss of a tape recorder, followed by a warm bath of synths. Over the mellow sounds, “Questions” offers up a series of inquiries that range from philosophical to outright antagonistic. “What the hell is your problem?” he probes with full-voiced sincerity. Similar sounds re-emerge as the song segues to the second track.

Indeed, he uses the same synthesizer throughout the record as a way to simplify his sound. To this effect, it works. His rich and powerful voice – easily his strongest asset – pops brilliantly off the meandering melodies behind him. The album continues in this way, drifting gently and bouncing around ideas for more than 50 minutes until Beal happens upon something that sticks.

Fittingly, the songs with the most momentum boast a bit of percussion. “Slow Bus” builds up a shuffling sort of trip-hop beat, featuring a warm bass sound and industrial-sounding percussion. “We’re riding a slow bus into the night,” he sings and the song falls into place as a perfect nocturnal soundtrack. “At the Airport” is a song that pre-dates Beal’s debut and the track accurately captures his pre-fame propensity of illustrative descriptors. Here the twinkling synth sounds appropriately like Muzak as Beal finds surprising poetry in the drab setting.

Perhaps it is intentional (and perhaps Beal would say that all art is intentional, or something) but the record suffers from a lack of professional production. There are times when the sound explodes where it should simply swell, or moments when the mix breaks from loudness into distracting dissonance. What is unintentional, however, is that Beal’s editing is not yet up to par with his vocals.

Indeed these pitfalls recapitulate some of the struggles Beal found early on in his new-found career as an artist. He doesn’t take kindly to direction, or an editor, or another voice in the booth, and as a result breaks off to do it himself. But for someone who is relatively new to record production, or even managing things like an artistic career, guidance from a mentor can free an artist to reach even greater heights. Even Basquiat had Warhol. And perhaps Warhol said it best: “Art is what you can get away with.” In that case, Beal’s experiment is a success.