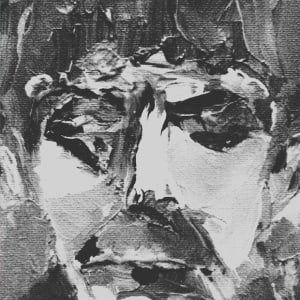 [xrr rating=3.5/5]Tim Presley recorded his fifth album under the moniker White Fence in an actual recording studio. This news might cause some unease for diehard fans of White Fence’s DIY, bedroom/ garage-band aesthetic. Fortunately, For the Recently Found Innocent was technically still recorded in a garage, albeit a semi-professional studio in the garage of fellow California psych-rocker Ty Segall. The result is the best album of Presley’s career, one that retains White Fence’s penchant for playful melodies and off-the-cuff exuberance while impressively upgrading the pops and hisses of the four-track recorder into a fuller, more mature sound.

When he is firing on all cylinders, no contemporary singer-songwriters invoke the spirit of ‘60s homegrown psychedelia quite like Tim Presley. The five-minute “Wolf Gets Red Faced” begins with a singular killer guitar riff only to back off into quiet sonic abstraction before Presley’s deadpan double-tracked voice spins a dissonant, absurdist tales of animals and personal vulnerability. It’s the kind of thing that would make the members of Jefferson Airplane, or Pink Floyd circa Syd Barrett, smile. Presley proves himself equally obsessed with the downhome folk-infused hippie music of Buffalo Springfield on the gentle follow-up tune “Goodbye Law.”

The album standout, though, is “Like That,” a jaunty pop tune with a groove that sounds like “Paint It Black” sped up. Presley’s voice is youthful and unabashedly pseudo-British, as he ventures into his rarely used falsetto region. At less than three minutes, “Like That” provides a primer in everything White Fence does well. It could easily descend into drugged-out guitar bedlam, but instead Presley limits himself to just a few seconds of lead-guitar chaos before launching into the final verse and chorus. If ever White Fence has produced a radio-friendly hit, “Like That” is it, though it would have had a better chance of climbing the charts had it been released in 1968.

Because so many of the numbers on For the Recently Found Innocent are catchy and supple, the songs that are low on energy or melodic invention are conspicuous. “Afraid of What It’s Worth” lacks a solid instrumental or vocal hook until the very end, and its discursive chord progression tends to overwhelm the listener. Even though White Fence reflects the kaleidoscopic beauty of the West Coast in the ‘60s for most of the album, at times the excesses of psychedelia are also invoked. Presley and producer Ty Segall are clearly having fun experimenting with instrumentation in the studio, but the organ on “Sandra (When the Earth Dies)” comes off as repetitive and cloying, like the Doors at their worst.

It’s also somewhat surprising, given the emphasis on enhanced audio fidelity, that Presley’s vocals are not given more clarity and volume in the overall mix. While his voice has always functioned as just another instrument in the soundscape, the lyrics on For the Recently Found Innocent, when they are audible, are interesting enough to demand a bit more attention. Presley is at times surreal (“Say your prayers to the wet cement,” he sings on “Raven on White Cadillac”), at times ripe with realistic narrative detail (“All the junkies wave goodbye,” we hear on “Sandra (When the Earth Dies)”) and at other times emotionally transparent. Paranoia is at the center of his lyrical concerns, it seems, as we get his confession “I live in fear of wasting time” on “Fear.” Presley need not worry about running down the clock too much. For most of its 41 minutes, For the Recently Found Innocent is not a waste of time, but rather a mature statement from an artist who still has much to share with his audience.

King Creosote: From Scotland with Love