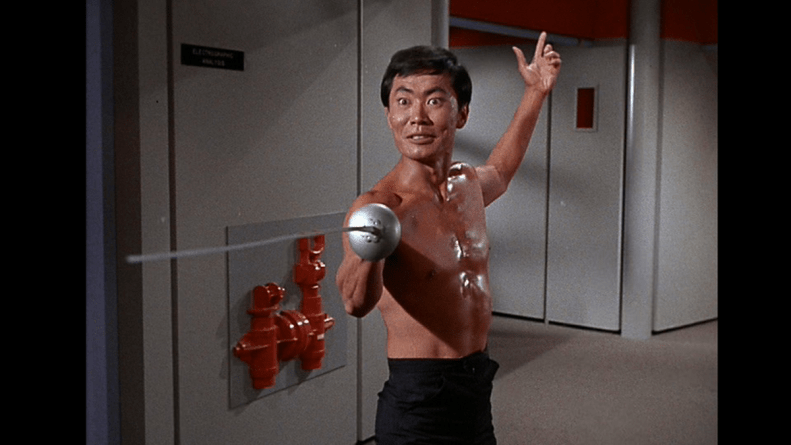 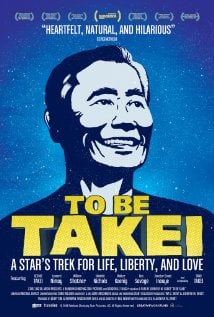 George Takei has become a brand. The actor who rose to prominence as helmsman of the USS Enterprise has carved out a niche of fame within a pop culture-oriented generation more likely to associate the role of Sulu with John Cho. But whether he’s spreading joy on social media, hawking big screen TVs, popping up on “The Howard Stern Show” or speaking out for gay rights, Takei adds his indelible mark to everything he touches, often in the form of his trademark baritone, “Oh my!”

To Be Takei ultimately comes off as an extension of that branding effort, but there’s enough substance here (especially in the film’s first half) to save the documentary from outright self-promotion. After all, Takei’s rise to TV fame was an unlikely one. He spent part of his formative years behind the barbwire of Japanese-American internment camps, and director Jennifer M. Kroot’s film does a fine job of exploring the gravity of this black-eye in American history without trying to squeeze cinematic profundity out of the misery it caused. Takei’s traumatic childhood experiences do make his rise to fame all the more remarkable, and it launched his interest in social activism, which started with civil rights and eventually moved to marriage equality.

Nearly as improbable was Takei’s burgeoning small screen career in the lily-white TV landscape of the ‘60s. Though he laments the handful of early roles he took that played into Asian stereotypes of the time, he also earned roles few Asian-Americans could’ve hoped for. He would also deny his homosexuality for decades, something he’s compensated for by being an extremely vocal proponent of marriage equality since finally coming out in 2005. In fact, the film’s title is derived from his “Okay to be Takei” campaign aimed at promoting tolerance. His husband Brad also features prominently in the film, though both their affection and bickering seem to be played up for the camera. But hamming it up is part of the Takei brand at this point, as these days he’s most often cast to play some version of himself.

Naturally, To Be Takei also delves into his time spent on “Star Trek.” Most of his notable co-stars appear, gray-haired, to discuss their affection for, or, in the case of William Shatner, ambivalence toward Takei. As good-natured as Takei generally is, both he and the film turn downright nasty when discussing the former Captain Kirk. Shatner doesn’t help himself either, his brief interview snippets consisting mostly of him insisting that he has no relationship with Takei and that he only knew him casually almost 50 years ago. Takei seems jilted by this dismissal, and the film makes no qualms about throwing Shatner under the starship.

While To Be Takei educates and entertains, much of the 90-minute runtime seems like filler. The interviews are compelling, but when the camera merely follows George and Brad around (including a trip to the barbershop, for some reason), the documentary swerves dangerously close to reality TV contrivance. Still, even at 77, Takei’s affability continues to strike a chord across generations. He doesn’t need the extra self-promotion, but if you can look past its more superficial aspects, much of To Be Takei is more than just okay.