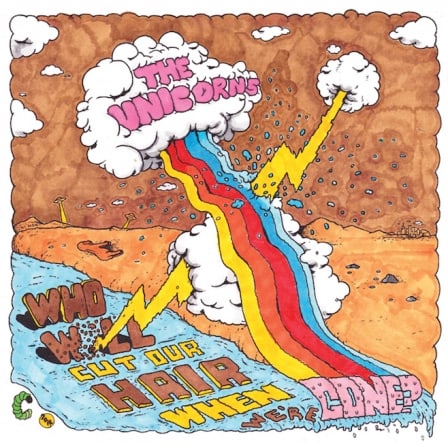 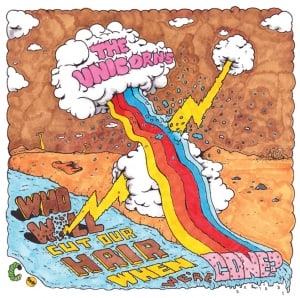 The Unicorns were known as much for their volatility and chaotic stage antics as they were for their 2003 LP Who Will Cut Our Hair When We’re Gone?. The band’s live shows could be singularly whimsical, including finger food and puppet shows, but might just as easily break down into caustic bickering between songwriters Nick “Diamonds” Thorburn and Alden “Ginger” Penner. Not surprisingly, The Unicorns didn’t survive all that turmoil. By 2005, The Unicorns had officially split, with Thorburn and drummer Jamie Thompson later collaborating off and on as Islands through the decade.

Rumor has it that The Unicorns are back together and working on new material, but Who Will Cut Our Hair When We’re Gone? would make for a strong legacy even if the band never cuts another track. While the working relationship between Thorburn and Penner was a tenuous one, that fragility was only part of the band’s charm, and that charm sets this LP apart from the work of other indie acts, even the other Montreal bands from the early aughts. These playful indie-pop songs remain just as surprising and engaging as they did back in 2003, justifying their many affectations and taking on mortality with a singular combination of glee, humor, experimentation and compositional skill.

That’s not to say Who Will Cut Our Hair When We’re Gone? ever feels particularly focused. Death and existence are just two themes threaded through these delightfully weird pop songs, including a set of three thematically-independent tracks, each with “Ghost” in the title, the video-game synths of upbeat rambler “Jellybones,” a taste of sugary punk via “The Clap” and a spoken-word nod to Vincent Price on the exceedingly likable anthem “I Was Born (A Unicorn).” The low-fi rendering of these songs is full of texture, working in both vocalists’ singing in a variety of styles, random pauses and start-stop drum hits, frequent rhythm changes and synths calibrated to prioritize odd sounds over any kind of instrumental consistency. Beyond those surface level details, these compositions are still astounding, trading out repetitive and simplistic hooks for tangled melodies that completely defy traditional pop structures. It’s a compliment to suggest these songs sound a little childish, embracing levity and bringing us in on the fun, because they also navigate a staggering run of frantic brilliance.

After spending a longer time with the album, the lyrics start to express a vibrant interplay between two vocalists that is both sly and subtle. At times, these compositions play off the chaotic dynamic between Thorburn and Penner in ways that are intentionally transparent, if not outright conversational. Frequently, both vocalists are layered together or alternate lines, but songs like “I Was Born (A Unicorn)” and “Child Star” actually home in on bratty arguments between the two. The former tune manages to make this conversation a Meta one as the two snipe at each other: “I write the songs”/ “I write the songs!”/ “You say I’m doing it wrong”/ “You are doing it wrong!” Whether playacting or reflecting the tensions fundamental to The Unicorns, this collaboration is fun, attention-grabbing and the soul of their aesthetic.

While the album tracks are the main show here, the four rarities tacked onto the end of this reissue are equally worthwhile. A cover of Daniel Johnston’s “Rocket Ship” is a natural fit, illustrating how similar Johnston’s measured naïvete and anguished pop are to the tone of The Unicorns’ work. “Let Me Sleep” and “Evacuate the Vacuous” are more instrumentally complex than most of Who Will Cut Our Hair When We’re Gone?, but otherwise fit in with the album perfectly, smoothly expanding the overall feel that The Unicorns achieved on the original pressing. Most interesting is the ambling live recording of “Haunted House,” a track that simultaneously references the band’s apparent fascination with poltergeists and illustrates the unique onstage presence that made the band’s shows notorious. It’s a fitting way to end this reissue, invoking the troubled yet profoundly creative partnership at the core of this record; one that flourished spectacularly before quickly imploding under the weight of its own precarious dynamism.