1. Tom Petty and the Heartbreakers – “American Dream Plan B” (Reprise)

Petty is one of the more consistent musicians in rock, and his 13th album, Hypnotic Eye, is another focused effort. With a title like “American Dream Plan B,” Petty could have easily gotten preachy with his new album’s leadoff track and first single. Instead, he offers snarling vocals and a deep, driving groove while capturing a sentiment that unites rather than divides.

Foxygen nearly imploded in spectacularly public fashion last year, victims of their own meteoric breakout. It seem we might never hear from them again, the band is about to release a generous 24-track collection, and the first taste, “How Can You Really,” is as light and breezy as summer in Southern California. On the surface, this is song about romantic regret: (How can you really love someone who can’t love you/ How can you love someone you can’t leave/ It’s my fault, it’s your fault, too”). But it’s also an apt description of the group’s personal dynamics, telling the story of how they were able to forgive and forget.

3. Jenny Lewis – “Just One of the Guys” (Warner Brothers)

Teeming with countrified twang and folk-rock hooks, Jenny Lewis’ “Just One of the Guys” finds the former Rilo Kiley front woman succeeding as a blue-blooded singer/songwriter. Its lyrics overflow with brutal honesty and vulnerability, lamenting lost time and personal dissatisfaction in a manner evocative of the no-nonsense glory of her former band. As if that is not enough, Beck produced it. 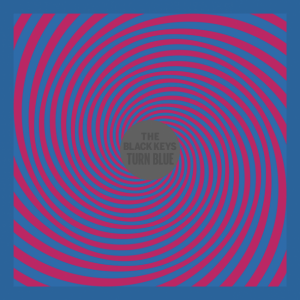 Closing out the morose and sulking album, Turn Blue “Gotta Get Away” is a fun parting palate cleanser, its devil-may-care attitude a hard-earned reward for all that the protagonist and he listener has endured. “I went from San Berdoo/ To Kalamazoo/ Just to get away from you,” Dan Auerbach sings with a shrug over spark-spitting organs and grimy riffs. It’s like driving across a desert, a bad situation in your rearview mirror, and Auerbach sends this feeling down to your bones.

Raised in Atlanta, but sounding like nothing else from that musical city, Raury has blasted into the blogosphere spotlight. Rumored meetings with Kanye West will do that to a 17-year old artist. With songs like “God’s Whisper”, off his recently released Indigo Child Project, the teenager stomps his foot down and proves the hype is real.

Claiming one of the gnarliest low-ends in recent memory, “Blue Suede” is the perfect track to disturb car alarms and neighbors alike. But the lyrics are much deeper than the egotistic, lean-soaked rhymes that make up so much club-ready hip-hop. Staples chillingly document the lengths some young black men will go to in order to get the freshest status symbol.

Remixing your own music—isn’t that illegal? No matter, French mad genius and Kanye collaborator Gesaffelstein turned the already excellent “Hate or Glory” into an even more brutal beast. The mad chorus has a punk feel, as catchy as it is crushing. 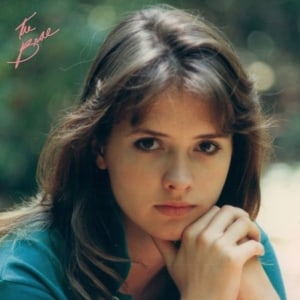 Only 15 minutes long, Yumi Zouma’s self-titled EP is a brief introduction to the dreamy electro-pop trio from New Zealand. All hush and whispers, their music combines Kim Pflaum’s emotional vocals with layered synths and muted drum machines to create a soft vibe. There’s a hint of disco and obvious ‘80s synth, but influences aside, Yumi Zouma is a new band on the cusp of ruling dream-pop.

Phil Spector may be locked away, but his classic work still inspires kids in Brooklyn today. Nude Beach resurrects The Ronettes and other early ‘60s productions with the jaunty swing of “For You.” It’s as campy as a Neil Diamond cover, but the band seriously embraces the simple pop perfection and never slips a wink or grin.

Ty Segall has made the album of the summer; unfortunately, he waited until the end of the season to release Manipulator. Every one of the 17 songs is solid, but lead single “Feel” best exemplifies the fuzzed out psychedelic glam that will make the album an indie hit. With nods to ‘70s rock and the garage sound that is the foundation of his repertoire, this is still a fresh tune, with the kind of energy that rock music needs right now. This performance on Conan proves it is best experienced live.

11. Thee Silver Mt. Zion Memorial Orchestra – “What We Loved is Not Enough” (Constellation)

Imagine the members of Godspeed You! Black Emperor writing rock songs and you get Thee Silver Mt. Zion Memorial Orchestra. Featuring three members of GYBE, the collective’s latest album, Fuck Off Get Free We Pour Light on Everything may be just as beautiful and devastating as a Godspeed record, but it also gives us songs to sing along with. The album’s centerpiece is this emotional tour-de-force, an argument against apathy with an apocalyptic word view featuring the haunting lyric, “And the day has come/ When we no longer feel,” a terrifying, yet possible proposition in a world ripped apart by violence. 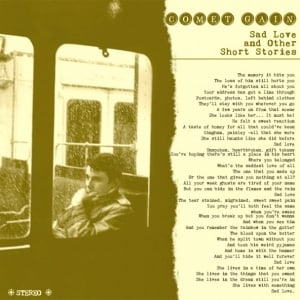 Comet Gain’s new album slows down to indulge the band’s their twee side, which puts their gift for melody from and center. This may be the best example of this shift, its simple yet evocative melody a triumph of songcraft. Melancholy has never been so sweet.

Its candy-funk rhythm guitar and slap-bass intro hits you like radio should, sending a mainline of pop waves straight to a pleasure center that doesn’t care that it’s getting a fix of highly-processed product from a former Australian child star turned global superstar. Tell your friends it’s Daft Punk if it makes you feel better, they may not be able to tell the difference.

Spoon has been milking the same basic formula for nearly 20 years: slowly strummed, distortion soaked guitar lines, mechanical drumbeats, frequent handclaps, pithy lyrics delivered with just a touch of snideness. These elements all return in force for “Outlier,” which despite its surface familiarity manages to stand out as the best, and most surprising, track on the band’s new album. Cloaking all the usual components within a heavily produced sound layered with electronic elements, xylophone taps and synth atmospherics, Britt Daniel and company deliver another sleek bit of sharp-tongued power pop.