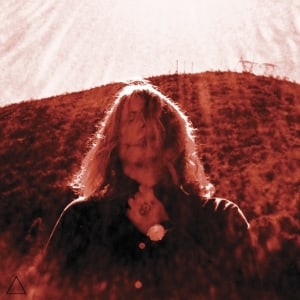 [xrr rating=4.0/5]Prior to Manipulator, the new release from Bay Area fuzz rock dealer Ty Segall, the longest amount of time he spent in a studio was just six days. This fact is astounding enough on its own, but it becomes even more outlandish considering that Segall has released 18 records throughout his prolific career. Eighteen records. Six days.

“Most records I’ve done were just immediate, flash in the pan,” he recently told NPR. “Got a song, record it, don’t think too hard.” The results reflected that slapdash mania. As he put it, “The vocal takes aren’t perfect, but who cares? Because that’s the feel.” And the feel was fun, in a car careening down a cliff at breakneck speeds kind of way. If your fingers blister as a result, or the vocals bleed into the red on the mix, all the better story. It continued in this way until last year’s Sleeper, a stripped-down slow burner, allowed Segall to briefly pump the brakes before jumping into the fray for his latest record – while not perfect, just happens to be his best yet.

Manipulator is the end result of 30 days holed up in a Sacramento studio with producer Chris Woodhouse. The production quality is apparent from the first organ notes of the title track and it is worth noting Woodhouse has produced for bands like Thee Oh Sees and !!!. Throughout the record Woodhouse successfully incorporates elements of both, including harnessing the energy of the former and the pop-friendly accessibility of the latter, forming a unique psych-pop pastiche. Songs like “The Faker” or “The Clock” could have just as easily dropped in the late 1960s or the expansive ‘70s instead of 2014.

Woodhouse was also apparently a bit of a taskmaster, focusing Segall’s energies into laser-like precision and instilling a bit of perfectionism. Instead of one-offs and “good enoughs,” Woodhouse insisted on multiple takes until the result was perfection, and the end result reflects the diligence. Throughout the record, particularly the album’s stronger second half, Segall sketches vignettes of characters that experience – and react to – the album’s actions in a circuitous narrative structure. “Susie Thumb” and “Don’t You Want to Know? (Sue)” play off each other like reflections in a funhouse mirror, turning Segall’s songs into stories.

Of course, the time in the studio also allowed for “happy accidents” like mistakenly using the talk-back microphone to produce a howling effect captured on “The Crawler.” It also allowed what at one time could have been considered throwaway ideas to flourish into certifiable gems. In addition to Woodhouse, Segal also got help from his usual cavalcade of conspirators, including Mikal Cronin and the rest of the Ty Segall Band. It sounds exactly like a Bay Area rock kid weaned on Cream and Alice Cooper, meant in the best way. And like his hero Cooper, Segall captures a certain loser-ish lament and existential ennui, amidst simply terrific songs.

At 17 tracks and just under 60 minutes, Manipulator is probably best broken up into A-Side and B-Side sittings, with the tough-to-pin “Mister Main” as the second half starting point. Any way the record is ingested though, it makes a wonderful experience. Perhaps in a perfect world, the record would have soundtracked trips to the beach under a bright summer sun. But as Segall has proven, sometimes the best things are worth waiting for.