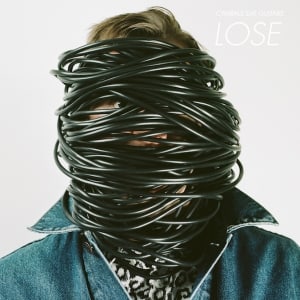 [xrr rating=4.0/5]Cymbals Eat Guitars filled their 2009 debut, Why There Are Mountains with a tangled jumble of musical interests. Despite the roller coaster ride, the album worked, maybe because of how the shorter tunes broke up the more sweeping tracks. Since then, the band has tried to tame their urge to run off in a hundred different directions and LOSE generally provides something closer to pop structure than they’ve managed before. That said, the opening track, “Jackson,” is a callback to their debut even as it attempts to reach a wider audience. It’s catchy, with soaring pop vocals, but it also juxtaposes a grab bag of ideas into its sprawling six and a quarter minutes.

Initially, it sounds like a big Trail of Dead setup: a dreamy opening dissolves into a circling wave of loudness. Percussion drives the tension while tiers of guitar infuse it with epic intent. But where Lenses Alien (2011) would have milked that into a full-blown exploration, “Jackson” intentionally lets the power slip away, leaving behind a thoughtful post-punk progression. Frontman Joe D’Agostino sounds calm but strained as he starts, “You’re taking two Klonopin/ So you can quit flippin’ and face our friends.” His voice is a bit ragged, which fits the sense of loss that permeates this whole project. The new wave simplicity of this section is eventually buried under thicker walls of indie pop guitar. He catalogs a headful of experiences with wistful poignancy as his falsetto is backed with guitar jangle, but before it tips into maudlin self-pity, clashing discord reveals the underlying angst with fluttering horns and waves of distortion. The meandering lead jam resurrects the original Trail of Dead feel to close out the piece.

The backstory is that LOSE is effectively D’Agostino’s music therapy for working through his grief of a good friend’s untimely death. Looming larger than that, though, is a more universal theme of growing up. Like the rest of the album, ”Jackson” wrestles with nostalgia, mortality and the painful clarity that comes with adulthood. Some tracks may explicitly refer to D’Agostino’s friend, Benjamin High, but that loss is really just the trigger for trying to make sense of a long overdue post-adolescence. From song to song, the lyrics vary in their degree of obliqueness – Cymbals Eat Guitars have always held their cards close to their chests – but they all circle around random recollections, tales of self and substance abuse and the niggling survivor’s guilt that can kick in as the years pile on and the friends slip away.

If that seems to hit harder than you’re ready for, that’s okay, because the band has worked out the math so that listeners can choose how deeply to immerse themselves. Tease out the words from D’Agostino’s raw vocals or visit the lyrics link on their website and you can soak in all the darkness you can handle. But plenty of the songs juxtapose music that contrasts with the cathartic lines, from the mellow wistfulness of “Child Bride” to the cool Berlin-style new wave pop of “Chambers.” A shallow ear will still catch ominous phrases – “‘Til your dad slapped the living shit out of you,” or “The panic sets in, cause nothing’s happening,” – but it’s easy to surrender to the rhythmic drive and interlocked layers of guitar so they glance off.

It’s hard to pick a favorite track, but it comes down to “Place Names” or “Laramie.” The former is a moody Jane’s Addiction set piece. D’Agostino’s swooping proclamations capture Perry Farrell’s lazy falsetto and the song is filled with shimmering swirls of feedback static. Cymbals Eat Guitars have had this sound in their arsenal since the beginning, but the frayed thread of lyrical logic fills it with sacred poetry and profane pronouncements. “Laramie,” on the other hand is another nomadic journey across genres, like “Jackson.” It starts with a dreamy glam glory, but manages to blend in a weird post-rock experimentalism. The latter half heads off into other directions, turning from driving rocker to indie acid rock meltdown. Despite the gear-stripping changes, there’s an internal logic that keeps the piece on track.

Cymbals Eat Guitars have come a long way since their debut and LOSE is certainly their strongest release yet. The challenge will come with their next album. Now that they’ve confronted adulthood, will they actually grow up or will they linger in this shadowy twilight? If they do step forward, will they find something interesting and new to say? Based on their growth to date, I’m betting that they will.