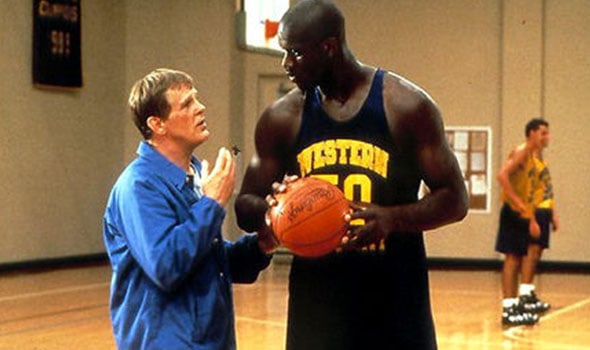 When his career all but petered out in the early 90s, William Friedkin seemed the least likely director to enjoy a 21st century resurgence, but a string of highly fortunate circumstances have put him back in the minds of cinephiles worldwide. First, it was 2007’s Bug, his ballsy and brilliant take on the Tracy Letts chamber psychodrama, a return to form that found the director revisiting the spatial reduction and manic personalities of his early work like The Birthday Party and The Boys in the Band. His followup, another Letts adaptation, was Killer Joe (2011), a pitch-black comedy of manners that attracted A-list stars and indicated that Friedkin was officially finished with his impersonal journeyman phase that started in the late 90s and lasted midway through the aughts. In 2013, he published a memoir, the highly acclaimed The Friedkin Connection, and just this year, his much maligned and sorely forgotten masterpiece Sorcerer (1977), the second adaptation of Georges Arnaud’s 1950 novel Le Salaire de la peur after Henri-Georges Clouzot’s Wages of Fear, was finally released in theaters and on Blu-Ray in its proper form. Between all that, renewed interest in his controversial cop thriller Cruising (1980) and rumors that he’s poised to direct the next season of the HBO crime drama True Detective, he’s reached a point that not only rivals his early prowess but in many ways surpasses it.

In other words, it’s been a long time since Blue Chips, Friedkin’s underrated 1994 drama about the world of college basketball recruiting. Mostly hated by critics, the film is best known today as a cornerstone of Shaquille O’Neal’s fascinating if unusual movie roles, but it’s also the sort of mid-career curio ripe for re-evaluation in the light of Friedkin’s newfound success. O’Neal plays the appropriately named Neon Boudeaux, a high school hoops star who’s courted by protagonist Pete Bell (Nick Nolte). Bell is the dogged coach of a once storied college basketball program that’s endured one too many losing seasons in the eyes of its biggest booster, the millionaire Happy Kuykendahl (J.T. Walsh), who offers Boudeaux and other top recruits cash and gifts in exchange for their commitment, thereby compromising Bell’s integrity and love for the game. 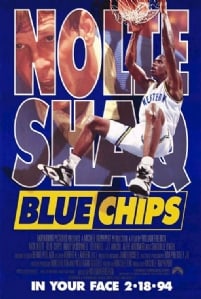 The world of college basketball recruiting obviously lacks the intrigue of undercover NYPD narcotics agents (The French Connection) or the macabre pleasures of Catholic occultism (The Exorcist), but if the subject seems tame compared to the squalid and occasionally disturbing material explored in Friedkin’s most famous films, keep in mind the director’s penchant for revealing the seedy underworlds of seemingly benign groups and cultures. For Blue Chips, the director spent months shadowing famed coach Bob Knight, a guy known as much for his temper as his accomplishments on the court. Friedkin modeled Nolte’s character after Knight, a beacon of college basketball’s supposed moral standard whose notorious short fuse and documented violence have made him a truly conflicted and compelling figure, an adequate metaphor for college sports writ large and the ideal model for a Friedkin protagonist.

Knight, in a clever metatextual flourish, appears as himself in the film, as do a cavalcade of figures related to the sport, including Kevin Garnett, Larry Bird, Rick Fox, Jim Boeheim, Rick Pitino and Dick Vitale. Their presence gives Blue Chips a sense of authenticity and realism, and it was clearly a high selling point for the studio, but Friedkin’s meticulous depiction of this exceedingly specific milieu makes it a case study of the culture. Like Cruising and the highly political (and highly personal) Rampage (1987), Blue Chips is an anthropological survey, but rather than phantasmagoric underground gay S&M clubs or the hypocritical judicial system, the chosen subject is the business of “amateur” sports, a subject that’s only become more contentious in the decades since the film’s release, ensuring it hasn’t aged a bit.

This goes a long way in explaining why the film failed to find an audience. Ultimately, Blue Chips isn’t about basketball, or even the manipulative pretense of college sports itself; it’s about the lengths that people go to co-opt the mental, emotional and physical nature of others to further both their own personal sense of self-worth as well as the viability of an organization that has become an extension of themselves, a Friedkin-esque theme evident in everything from The Exorcist to Cruising to Bug. Critics seemed miffed by the film’s curious treatment of basketball’s most prominent figures: Hal Hinson of the Washington Post wrote “the assembled talent—from the worlds of basketball and movies—is so impressive and, still, the work is so tired.” But they completely missed how Friedkin illustrates the way institutionalized exploitation and corruption tend to resemble moral absolutism.

The question is whether or not Blue Chips can transcend its poor reputation in the wake of the director’s renewed vigor. Friedkin himself doesn’t seem to think so; in his memoir, he writes “it’s hard to capture in a sports film the excitement of a real game, with its own unpredictable dramatic structure and suspense. I couldn’t overcome that,” suggesting he’s bought into what the critics sold. Still, despite his lack of confidence, ample pleasure awaits those willing to give the film a shot.