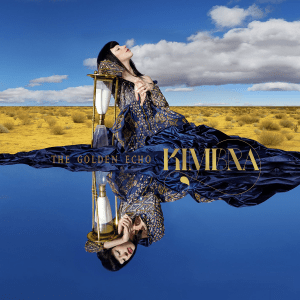 [xrr rating=2.0/5]There’s no getting around it — Kimbra’s The Golden Echo is a bloated mess. It’s a disappointing realization, one you struggle to come to terms with. The New Zealand songstress’s debut, Vows, was an eclectic bevy of sounds, intoxicating and invigorating. There was the right amount of pop sensibilities and experimentation, genres from across the spectrum intertwined and centered by Kimbra’s stunning voice. As such, it left high hopes for a followup, one which would expand its creator’s palette and her mastery of songcraft. Unfortunately, The Golden Echo goes the opposite direction.

Of the record’s 12 songs, there is no clear standout. While Vows had an abundance of cuts whose greatness was immediate — “Settle Down,” “Good Intent,” the cover of Nina Simone’s “Plain Gold Ring” — there is nothing comparable here. This would be fine if there was a more subtle approach and the stronger tracks emerged after repeated listens, but even those that do are relatively lackluster. Instead, several of the songs, such as lead single “90s Music,” opener “Teen Heat,” and “Madhouse”, rely on intrigue to pique your interest with their zaniness, then fail to deliver any lasting payoff. By Kimbra not capitalizing on her songs’ promise, the main feeling you’re left with is frustration.

While Kimbra’s music has always been experimental pop, the avant-garde tendencies on The Golden Echo spiral out in all directions. Her previous work found a niche in merging disparate forms like soul, jazz, rock, dance music, and blues into exciting yet coherent tunes. Here the genres cleave against one another rather than meld seamlessly. As such, the mélange gets tiresome and feels like Kimbra is going through a forced checklist of items to touch on. A symptom of this could be made in how she name-checks ‘90s artists Nirvana, TLC, Mary J. Blige, and Aaliyah in “90s Music,” a song that otherwise has nothing whatsoever to do with the sounds of that decade, or any other for that matter. It is a smattering of electronics, tempos, and tones. It seems the idea is to evoke nostalgia, but the mishmash strips it of any emotional connection. Similarly, the breeziness intended in “Carolina” misses the mark, due to the construct itself and overemphasized rhyme scheming detracting from feeling the tune’s sentiment.

The best comparison would be Oasis’s Be Here Now, infamously overindulgent and off-putting in light of the band’s prior records. But, as with that album, The Golden Echo does have a few aspects shining through to garner some enjoyment. Foremost is Kimbra’s distinctive voice. Her range is impressive, from high-end wailing to a low and sensuous crooning, and at times, she sounds like a female Jeff Buckley. The most compelling instrument at her disposal, it works best when not duking it out for dominance with everything else that is going on.

The best songs here, “Goldmine,” “Rescue Him,” and “As You Are,” showcase this. The first features hip-hop beats and quirky percussion, slowly building as Kimbra’s voice emerges like smoke curling out from her lips. Come the crashing chorus, she switches things up, chanting in near robotic fashion, “I’ve got a goldmine/ It’s all mine/ Nobody can touch this gold of mine.” “Rescue Him” is a heavy dose of synth soul from a futuristic lounge club, featuring Kimbra mewling in refrains, then harmonizing and dueling with variations of her voice in the verses. “As You Are” is the most minimalistic track, a striking piano ballad. The spotlight is where it should be — on her voice and on her ability to take a standard song form and inject it with unconventional flavors. That it is an anomaly on the record rather than the norm is a shame.

With the garish production, overly long songs, and layers of instrumentation heaped on top of each other, you’re left with a shimmering glitter storm on the surface that distracts from a core that is a burden to decipher. The Golden Echo is, a few decent songs aside, an unenjoyable, laborious listen, an album that collapses under its own grandiosity.