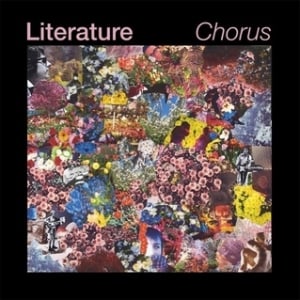 [xrr rating=3.0/5]When does consistency stop being the virtue of the humble and start being, well, boring? Since the late 1980s, the legendary DC/Bay Area indie label Slumberland has toed that line so often, it’s not always clear they know it’s there. You have to know what you’re getting into with a Slumberland release: it’s winsome, clever, pigeon-toed Anglophile indie pop with a fuzzy shoegazing edge all the way, and without prior knowledge it can often rather difficult to tell just when in the last three decades a Slumberland record was made. That the label’s roster is filled with like-sounding acts isn’t beside the point, it is the point. It’s not that fans of the label’s sound are unlikely to care that they’re listening to the indie pop equivalent of comfort food; that’s what they’re signing on for. The bands are in on the joke, too; one of Slumberland’s most recent success stories is a group called the Pains of Being Pure at Heart, hilariously beating any and all naysayers to the punch, and now here’s a Philadelphia quartet who’re called Literature, because of course they’re called Literature. Their debut LP is called Chorus. Is it describing the chorus of a pop song or the chorus of a Greek tragedy? If you were already asking yourself just that, you’re in Literature’s target audience. Ten seconds into opener “The Girl, The Gold Watch, And Everything,” the band has cycled through a classic chord progression so worn-in, it’s possible to exactly imagine the sound of the full-band surge at 0:11 before it actually happens. Whether that sounds irritating or ideal is a decent barometer of how you’ll respond to Chorus at large.

Slumberland’s sonic model has longevity because it’s melodically intuitive and endlessly charming, and because the label knows the more compelling Smiths and C86 devotees from the bandwagon-jumpers (consider the dismal knockoffs Dream Diary, whose awful You Are the Beat was tellingly distributed by Kanine). No one will say Literature is pushing the envelope, but like most of their labelmates, they make playing it safe sound great. For Chorus, the group has scrubbed some of the fuzz off their old 7” singles, and the elbow grease has paid off. First single “Tie-Dye (Your Life)” is more than just an instant-classic indie pop song title; it’s a paragon of the form, from the modest guitar work of the verses to the radiantly panoramic chorus, the downshift into a somber bridge and then an honest-to-god guitar solo. All the expected elements are exactly in place, but songs like “Tie-Dye” prove that strong melody and infectious energy are enough to make stock materials fun again.

However, Chorus’ greatest advantage is that, unsurprising as its basic template may be, it actually grows more rather than less interesting as it wears on. After “Tie-Dye,” the band scales back on the caffeine and the feedback, opting for a darker, more autumnal take on influences of the same vintage. The record expands and deepens into a melancholic swirl of sepia-toned suburbanisms and wonderfully intricate layers of confident guitar work, a sound more reminiscent of a noise-pop Clientele or Literature’s contemporaries in Real Estate. Though they may not detonate on impact in the manner of “Tie-Dye,” it’s the warm synth peals of “New Jacket,” the sharp, spiraling guitar melodies of “Jimmy” and the twin three-minute showstoppers “Chime Hours” and “Kites” (three minutes is basically an epic for this band) that are the moments that leave the deepest impressions and do the most to suggest that this band is more than the sum of its outward signifiers.