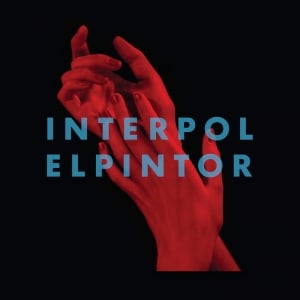 [xrr rating=3.5/5]We might as well get this out of the way right at the start: El Pintor isn’t really Interpol’s “comeback” album, at least not in the way that a certain section of Interpol fans would want it to be. That is to say that, no, El Pintor doesn’t sounds like Turn on the Bright Lights. As the band has gone on, that moment of brilliance seems further in the past than its 12 years. What’s more, the band tried a “return to form” album with their previous album, and that turned out to be muddled and inconsistent. But Paul Banks, Daniel Kessler and Sam Fogarino are smart guys, and it’s clear that they knew exactly what kind of album El Pintor needed to be. So no, El Pintor isn’t a return to the band’s earlier brilliance, but it’s quite good and gives off several signs of life from a band that many may have thought to be dead.

With each passing album, it’s become clear that Interpol themselves may regard their sophomore album Antics as an ideal distillation of their sound, and their best work since then has leaned towards that album’s taut, wiry dance-punk sound. The band’s rhythm section has always been a strength, and that continues here despite the departure of bassist Carlos Dengler. Granted, Dengler’s absence is still felt–few bassists were as good or as distinct as he was–but Banks fills in ably, and Fogarino is as reliable as ever on El Pintor. It seems, on the surface, as if everything is back in working order. Still, when listeners first heard the first notes of “All the Rage Back Home,” the album’s first single, there had to have been more than a few nervous fans wondering if the band were relying on old tricks (specifically the tricks last heard on Antics’ opener “Next Exit.”) Fifty seconds in, though, “Home” makes a drastic shift, one that serves to characterize the album as a whole.

For years, Interpol have had a difficult time balancing the dual nature of their music. They were immediately pegged as either an ethereal post-punk band or an airtight dance-rock band (depending on the write-up), and they’ve seemed to be uncomfortable being either of those things. Their sleek dance record (Our Love to Admire) was too slight, and their shoegaze-lite trip into the ether turned out to be a slog. El Pintor’s greatest success is in the band’s decision to just not worry about stylistic cohesion. El Pintor presents Interpol, as they are, and the album is all the better for it. “My Desire” is one of the band’s finest reverb-heavy dirges, and it fits perfectly coming after the driving finish of “All the Rage Back Home.” “Anywhere” is easily the band’s most memorable dance track since “Evil,” and Banks is comfortable enough in the new surroundings to bust out a Justin Vernon-esque falsetto on “Same Town, New Story” and “Everything Is Wrong.” It all works, though; by refusing to make a deliberately cohesive album, Interpol have made their most natural-sounding album in a decade.

Not everything about El Pintor works: the album runs out of steam at the end, and closing tracks “Tidal Wave” and “Twice as Hard” land with a thud. For most of its 41-minute run time, though, El Pintor is a small triumph. All Interpol really had to do with this album was right the ship after seven years where they seemed utterly directionless. You can certainly say that they’ve done that here, and they’ve done so by recapturing a little bit of what made their first two albums so good. So no, El Pintor isn’t as good as Turn on the Bright Lights. But it’s quite good, and this new-look version of Interpol sounds like their next move will be even better.