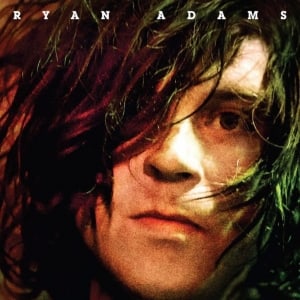 [xrr rating=4.25/5]Maybe it’s a coincidence or maybe Ryan Adams is being deliberately meta in the questioning title of “Am I Safe” off his new record. It’s an apt query, addressing a storied 20-year career that comprises 13 solo albums, not to mention God knows how many basement tapes, and no shortage of genre meanderings. The answer is that Adams has indeed attained a level of security, and that is presented in the fact that he may have his finest album on his hands. It’s fittingly eponymous, amounting to a declaration of sorts that after all this time, Adams is comfortable in his niche.

What the songwriter delivers in Ryan Adams is the tightest, most concise batch of songs in his discography. Until now, even his best albums like Gold and Love Is Hell featured overly long tracklists marred with filler. With this document, Adams has trimmed the fat and fine-tuned his approach, as all 11 songs are keepers. Such a streamlined effort calls for the culling of his off-the-cuff deviations and sacrifices some that insouciance’s charm, but the songcraft is stronger for it.

“Gimme Something Good” opens the record explosively. A start-stop rhythm and soul organs carry it with a dirty south vibe, swampy, sweaty and blues-laden. Down tempo in the verses with Adams singing like a drifter wandering a barren landscape, it ascends to anthemic levels in the refrain. Acoustic guitars with a slight jangle contrast with the electric riffing, Adams defiant and desperate in his demand for something of value. It’s followed by the heartrending “Kim,” an ode to a lost love and replicating the wincing that comes with glimpsing her new mate. Muted and more minimalistic in its instrumentation, the focus is on Adams’ plaintive vocals and the stark atmosphere. Sentimental without being maudlin, the song’s placement after “Gimme Something Good” also sets the record’s split between guitar-heavy, fiery rockers and hushed ballads. Both sides of Adams are displayed in nearly equal doses, offering one of the record’s strongest aspects, an improvement on the one-sidedly staid predecessor Ashes & Fire. At times, the two forms overlap in a single cut, songs that start soft advancing to a raucous dénouement or bridge.

The aforementioned “Am I Safe” is an example of this marriage of scorching and gentle approaches. Metronomic drums and chugging guitars advance to the climax wherein Adams sings with unapologetic resolve, “It’s complicated/ I just don’t love you anymore/ I just want sit and watch it burn.” This revelation is followed by a solo of crystalline guitar lines buoyed by that still-consistent drum pattern. When it comes to the rocking camp, the best number is “Stay With Me,” a slice of harder-edged Tom Petty & the Heartbreakers. In the verses, it’s all swaggering drums and fluttering guitars, which give way to a chorus of riffing that sears you to the core. After the jittery “I Just Might,” which builds a tension that pulls back just before breaking, the record closes on two affecting numbers. “Tired of Giving Up” and “Let Go” are ostensibly dour, but reveal themselves on repeated listens as attainments of maturity and, in this respect, are actually optimistic. The more moving among them, “Let Go,” is a testament to moving forward and abandoning what held you back, alternating acoustic strumming giving it a breezy flow. As such, it’s a perfect album closer, favoring subtlety over bombast.

The thing to take away from Ryan Adams is not that its creator has settled down, with all the pejoratives that implies, but has matured to a level where he’s functioning at the height of his powers and has perfected his craft. It’s been a long and interesting journey to get to this point, and Ryan Adams is the just reward for traveling along the winding path.