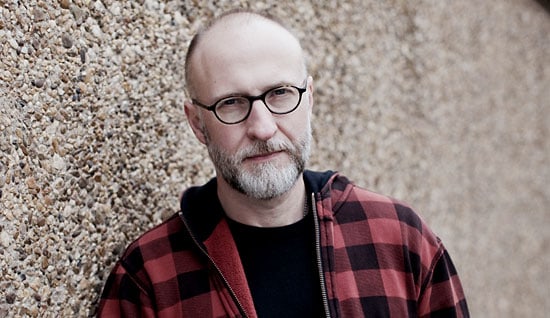 On the way out of the Bowery Ballroom, I overheard two people conversing about the Bob Mould performance, and while they seemed to enjoy it, I was struck by the first thing that one of the two said: “Yeah, that was good, but when is he going to do a Hüsker Dü reunion?” It was a baffling statement, even if it was made in jest as I suspect it was. Over the past few years, Mould has given fans of all of his old bands everything close to a reunion other than the old band members. Quite frankly, the way Mould played on the Lower East Side that night, it seems that he’s reunited the best parts of Hüsker Dü in his head.

The night opened with a band that could have been contemporaries of Mould’s had they all been alive when Zen Arcade came out. Alas, Cymbals Eat Guitars are a grab-bag of influences on record, and that comes across just as much in a live setting. Singer/guitarist Joseph D’Agostino is a strong performer, though; he emits sincerity with every note he sings and every squeal he coaxes out of his guitar. Watching him use and abuse his instrument brings back the fond memories of Thurston Moore and Ira Kaplan, guys that D’Agostino surely counts as heroes. His intensity and the professionalism of the band around him almost did enough to conceal the one real problem in the band’s performance: the songs–all taken from their new album LOSE–aren’t especially strong or memorable. Cymbals still show promise, but there still isn’t much to them beyond some obvious influences, and no amount of live intensity can really change that.

Not that it mattered much, as D’Agostino looked like a stone statue compared to Bob Mould. As I’ve previously said, Mould has seemed revitalized in recent years since embracing his past, but it’s still weird to see the man smiling and enjoying himself in a performance. Hell, “enjoying himself” doesn’t really do Mould justice; he looked absolutely giddy tearing through a set that took equally from his past and present. Mould predictably relied on newer material, though he teased something special by opening with the double-whammy of “Flip Your Wig” and “Hate Paper Doll.” Still, Mould’s new songs fit very well alongside the handful of Dü and Sugar songs he threw into his set. And, as if to hammer home the point that he’s comfortable with his past, Mould played his set with the speed of his early years, only slowing down when the drawn-out coda of “The War” required him to.

Of course, all anyone will talk about with this show will likely be the encore, when Mould brought out Ryan Adams (clad in the same denim jacket he’s been wearing for the past few months) to play a set of all-Hüsker Dü songs. Adams remained quiet, content to bang out chords on his guitar and get instructions on the songs from drummer Jon Wurster. Even if he had jumped in to sing, it’s unlikely that he would have been able to steal the spotlight from Mould. Quite frankly, it’s hard to believe that anyone could.

Duets doesn’t do a whole lot to justify its own existence. …