What was the first record or tape or CD or – gasp! – download you ever got? We posed this question to Spectrum Culture staff. Tell us about yours in the comments. 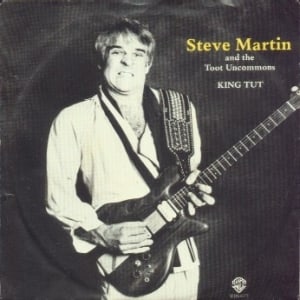 When I was growing up, records were everywhere, and not just in the record stores that were so plentiful that you’d never imagine they’d become an endangered species. Every department store had a record section, and the best of these were vinyl meccas – just mention Korvettes to anyone who grew up in the ‘70s and you’re guaranteed to hear a sigh of loss. I set upon a lifetime of record collecting in 1978 with a novelty 45. To discourage shoplifting, Sears and other chains set 45s on 12” cardboard backing (with the name of the artist and song printed at the top) and shrink-wrapped the whole thing. The first record I got with my own money was one of these cardboard-packed 45s featuring the comedian I loved to stay up past my bedtime watching on “Saturday Night Live.” – Pat Padua 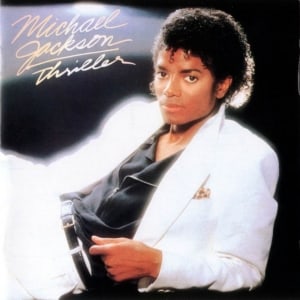 I may have received the Footloose soundtrack on picture disc, but Michael Jackson’s Thriller was the first album I sought out on my own. And boy, did I come up with an ingenious way to get it without paying a dime. It’s 1982. Vinyl is on its way out. Compact discs would not become a staple for almost another decade. The ineffective and frustrating cassette was the way to listen to mix whether in your car, on your stereo or via portable boom boxes or players. Jackson and Thriller dominated the airwaves and MTV. “Thriller,” “Beat It,” “Billie Jean” and, uh, “The Girl is Mine” each spawned tremendously popular music videos. So how did I obtain the music? My babysitter had Thriller on cassette. I blasted it through my dad’s stereo and put a blank cassette in a portable recorder. I simply held the portable player up against the speaker and pressed record. – David Harris 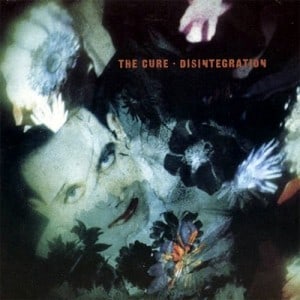 In 1989, I picked my own Christmas present. My family had just relocated from southern California to mid-state Oregon, where I perused the tape and CD aisles of a small town Payless Drugs that was the only place in town that carried music. I got two tapes. One was by this super underground band called the Cure that I saw on MTV (the upshot of moving to a small town: cable). Their newest album was called Disintegration, and it was black, purple and orange, and I cried a lot to this album when girls broke up with me in standard seventh-grade fashion. The other tape? Girl You Know It’s True, by the now thoroughly disgraced Milli Vanilli. At the time, they had just won a Grammy for Best New Artist. I wore out one of those tapes twice over, and it wasn’t the Grammy winner. – Cedric Justice 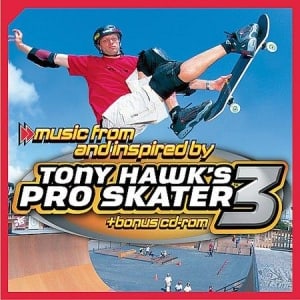 One of the first CDs I remember owning was an item I spotted while my parents were grocery shopping. I almost certainly forced them to buy for me, because that’s what 10-year-olds do. Many adults probably don’t listen to the music they listened to when they were 10 years old, but this CD was the origin of my musical taste. Music From and Inspired by Tony Hawk’s Pro Skater 3 was the gateway where I discovered hip-hop, metal, punk and alt-rock in a world without the internet, hip parents or cool radio stations. I don’t listen to many of the artists on this compilation anymore, but I still like Deftones, Outkast, Cut Chemist and Swedish pop-punkers Millencolin, wherever they are. Without Tony Hawk, I wouldn’t have Black Flag or Minor Threat, without Minor Threat I wouldn’t have Fugazi, without Fugazi I wouldn’t have The Minutemen, The Replacements, Pixies, Wire, Gang of Four or Television. Where would I be without them? Probably right here, but without a soundtrack. – Colin Fitzgerald 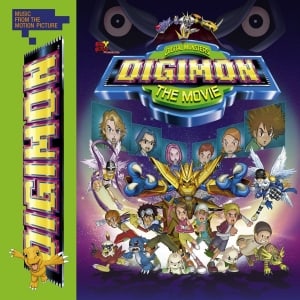 Various Artists – Digimon: The Movie (Music from the Motion Picture)

I was six, ok? Thankfully my disposable income at the time was only enough to cover the cost of this CD or else I might have had an awkward ska phase before I turned ten. Between the hyperactive colors and constant merchandising of Digimon: The Movie, I heard songs that would eventually drive me to music snobbery. Oh how humble our origins are. Ignoring the songs directly about the plastic toys in animated form, this CD had a few genuinely good songs. Less than Jake’s “All My Best Friends are Metalheads” stuck with me throughout high school, The Mighty Mighty Bosstones invaded my life with “The Impression that I Get” (see what I meant about ska?) and Fatboy Slim even showed up. That said, I can’t forgive it for getting Smash Mouth’s “All Star” continuously stuck in my head for the last 13 years. – Nathan Stevens 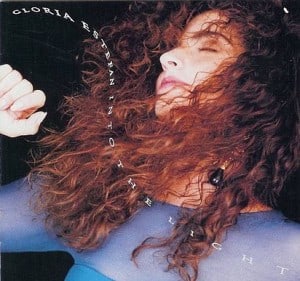 Gloria Estefan – Into the Light

In 1990, I saw Gloria Estefan perform on an ABC special live from Disney World. She wore a Jessica Rabbit sequined gown while she bopped in the shadow of Cinderella’s castle, most likely to “Get on Your Feet.” I was six, and the message was clear: this lady was the shit. While we were shopping for groceries at Fred Meyer, I saw the chanteuse again in the Electronics department, this time on her Into the Light cassette. I hounded my mom for an advance on my allowance, and somewhere between cheese and Cheerios, she relented. I listened to my first and only grown-up album for hours on my Fisher Price tape player, uninterrupted until my mom caught snippets of “Sex in the ‘90s” playing. Fast-forward that one, she demanded. I wished the tape had somehow come bundled with the red sparkle dress, because without it, Estefan’s music didn’t hold the same transcendent, captivating power over me. As hard as the gospel backup singers tugged at my heartstrings in the “Coming Out of the Dark” ballad single, Into the Light was soon replaced in my tape deck by my second grown-up album, John William’s original score to Jurassic Park. – Tabitha Blankenbiller 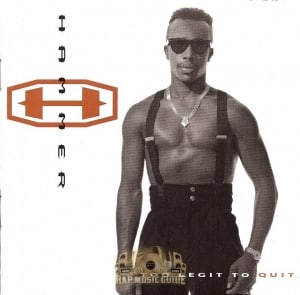 Hammer – Too Legit to Quit

I rifled through my parents’ Beatles and Beach Boys cassettes (and knew better than to bother with their Dan Fogelberg LPs), but the first tape I ever bought with my own money was MC Hammer’s Too Legit to Quit. A girl at the tiny religious school I attended was forced to turn her “U Can’t Touch This” T-shirt inside-out, and at that point I knew I needed some subversive Hammer-time in my life. I stayed up late to watch him perform on “Saturday Night Live,” saved up my chore money and it was mine. I reveled in goofy tracks like “This Is the Way We Roll” and the “Addams Groove.” You can keep your poisonous mushroom, Vanilla Ice; this kid was all about the shoulder pads and parachute pants. – Josh Goller 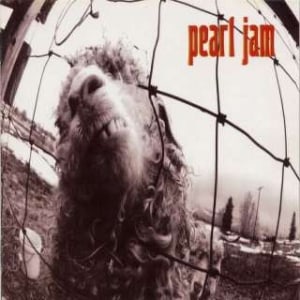 Thanks to my older brother and MTV, I discovered grunge music in third grade. In 1993, I asked my parents to buy me Pearl Jam’s Vs. They did, unaware the album addressed issues like child abuse, racial inequality and police brutality. I studied the booklet as if it were homework, memorizing lyrics and images. I didn’t understand everything the band was raging against, but I recognized the greatness of moving from the freaked-out fury of “Go” to the slow-burning anxiety of “Indifference” in twelve tracks. I still have that original CD with its scratches, torn booklet pages and chipped case. The CD format is dying, and the album has become dated, but Vs. will always be an all-time favorite. It changed everything. – Michael Danaher 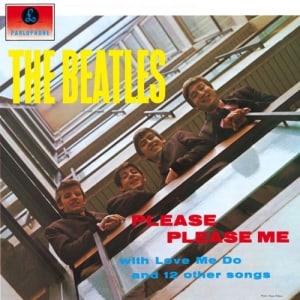 The Beatles- Please Please Me

The music appreciation teacher at my elementary school introduced us to The Beatles around the time the Beatles Anthology documentary. I was hooked. I needed more of this music. I badgered my parents to track down everything Beatle-related, but my parents eventually got tired of tracking down old cassette tapes and asking friends and family to make mixes, and they instead took me to a local chain music store to pick out a CD for myself. I picked the one with the photo I recognized, one of the Fab Four looking down from the balcony of EMI Records. I heard it 40 years after it was made and it opened a whole new world of music for me. – Kevin Korber 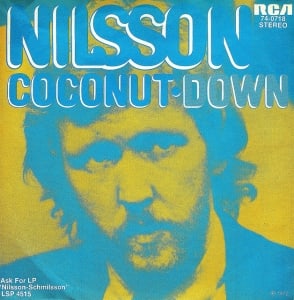 For a little kid in the early 1970s, buying music probably meant buying 45s, as they were cheaper than LPs or cassettes and the three-minute format suited limited attention spans. I clearly remember going to Connecticut department store chain Caldor in order to shell out 50 cents or so for songs that grabbed my young ear, among them Gary Glitter’s instrumental “Rock and Roll Part 2,” Elton John’s “Rocket Man” and “Immigration Man” from Crosby, Stills and Nash. Embarrassingly enough, the first 45 I clearly remember paying money for was the novelty tune “Coconut” by Nilsson, a performer about whom I know exactly nothing apart from this one significant but ultimately forgettable part of my musical development. Sung in a quasi-pidgin baritone, with occasional falsetto breaks and nonsensical lyrics a la “Put the lime in the coconut and call me in the morning,” it probably appealed to my seven-year-old’s sense of whimsy. What amazes me is that anyone else was equally tickled, but the song got enough radio play to enter my awareness, so somebody must have been listening. – David Maine 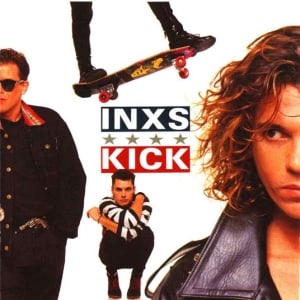 I can’t be sure exactly where the money came from. Babysitting? Birthday? Parents handing me a couple bucks at the mall to keep me occupied? All I know for sure is that I was happy to fork it over to the cashier at Sam Goody for an LP copy of INXS’ Kick. I don’t know how I had all of this expendable income as a 12 year old, but I was so nuts about this leather jacket style of pop that I also got the T-shirt and (maybe you remember these) the door-sized poster, an artifact I really, really wish I’d held onto. Though “New Sensation” was of course my most favorite single off the album, I remember thinking the spoken word “Mediate” was so revolutionary, and being curious about the line “Like pretty Kate has sex ornate.” If you amortize the sticker price over the amount of plays it got over the years, it was a pretty good investment, even for a kid. – Stacey Pavlick