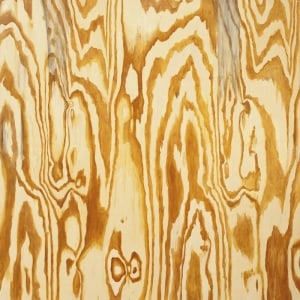 [xrr rating=4.25/5]Just as LSD differs from peyote, psychedelic bands each offer their own kind of trip. Syd Barrett’s earnest naïveté is worlds away from Thee Oh Sees’ sweaty swirl of garage echo and grind, and neither has much in common with the exotic sound of Dengue Fever’s Khmer-flavored surf. On Wooden Aquarium, Mazes goes for an upbeat, energetic buzz. More ecstatic dance than disoriented drifting, they keep the rhythm tight, but they never let their motorik focus become oppressive. The band’s post-punk drive infuses most of these tunes with a nervous energy, but it’s a sweet, anticipatory feeling.

Wooden Aquariums sets the pace early on with the paired opening tracks, “Astigmatism” and “Salford.” A brief, distracted guitar riff tosses out a chain of notes before dissolving into an insistent groove piloted by a steady-handed drummer and a nodding, hypnotic bass line. The guitar locks into place and Jack Cooper’s lyrical flow catches the mood, with a rolling cadence and ornate phrasing: “Oh, I want to see but I don’t know why/ But my optic nerve would lie/ It fades and blurs at the edges.” “Astigmatism” streams forward, zipping through a delightful back-masked guitar solo before reaching its finish line and stumbling to a halt. But there’s no real respite as “Salford” rises from the ashes and resurrects the first song’s rhythm line. This time around, out of sync vocals push the feeling into a spacier direction. The loose singing and clockwork beat play off each other and culminate in a thrashy punk ending, implying that détente has ended and it’s time to come to blows.

Mazes takes that cheery, altered-perception vibe and finds different forms of expression to get there again and again. They branch out from the initial restless-leg new wave beat to explore Supertramp-inspired pop-psych ( “Explode Into Colo(u)rs”), sunlight dappled trails (“It Is what It Is”), and detached but fraught alt-rock (“Universal Me”). The changeups keep Wooden Aquarium from devolving into a navel gazing exercise. Instead, the experience turns outward, embracing a world of experience where colors are super-saturated and vivid.

Even through rose-colored glasses, a few tunes shine a little brighter. “Vapour Trails” offers a particularly nice mix. The calculated pace of the verses, accented by angular guitar grind, suggests Stephen Malkmus and the Jicks. This alternates with the looser bloom of the chorus, creating a balance between pensive thought and renewed resolution. The song is hardly sparse, but it has an innate simplicity, each part fulfilling its purpose without excess baggage or production trickery. Too often, heady groups get caught up in a “more is more” aesthetic, erecting rococo layers of detail to bedazzle the listener. Mazes rejects that formula, trusting that a mere pair of dependent guitar lines can create a sufficiently rich context. They avoid the sin of self-indulgence, refusing to surrender to fears that their tunes aren’t shiny enough.

If there’s a downside to this album, it’s that Mazes have assembled a motley mix of inspirations. Krautrock rubs elbows with Pavement and Guided By Voices, but even if the influences seem a bit obvious, the full impact carries the project. It comes back to the album’s pervasive upbeat feel. Each listen sets up the same openness and sense of conscious acceptance. The irony is that Mazes has every right to sound introspective on this record. Their recording sessions in upstate New York were snowed in, leaving them pretty well isolated as they pieced it together. Instead of succumbing to cabin fever, they launched out with a firm sense of direction.