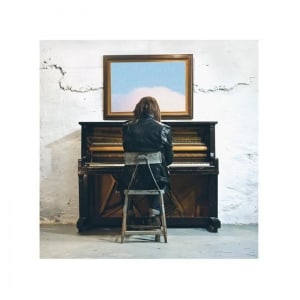 [xrr rating=3.0/5]Delta Spirit inhabit a precarious position in today’s indie rock landscape. The band is big enough to have a song featured in the finale of the massively popular “Friday Night Lights”, but not yet on the Kings of Leon-like stadium status. Into the Wide, the latest album from the California-based group, aims to rectify that, and largely succeeds.

One reason Delta Spirit is not quite a household name could be their versatility. Their 2008 debut Ode to Sunshine played well with the NPR crowd, but 2010’s History from Below was harder to peg. Burners like “White Table” and “Bushwick Blues” comingled with more somber tales like “Vivian”, “Devil Knows You’re Dead” and “Ballad of Vitaly”. This versatility proved to be a bit of a double-edged sword, however. While it afforded opportunities to reach new audiences – the band has also had songs featured in “Sons of Anarchy” and “Grey’s Anatomy”- it occasionally left listeners holding a mixed bag. With 2012’s Delta Spirit, the band put forth their most consistent and successful effort to date.

All of which leaves the band at a proverbial precipice, and from the sounds of it, Delta Spirit sounds ready to take flight, in more ways than one. For this record, the band headed east and holed up in a Brooklyn basement so bright and cheery they dubbed it the “Rat Cave”. And despite losing much of their recording equipment when Hurricane Sandy flooded their space, the band dug deep in an effort to break out.

“There’s the theme of escape in a lot of the songs, and escape in a lot of different ways—escape from New York, escape from the city and to hear the Earth again—and there’s also just escape from your own comfort and the things that you can get settled in and trying to find that way to have compassion again,” lead singer Matt Vasquez told Paste magazine.

The first sign that the band is ready to break out is lead single “From Now On”. Revolving around a simple refrain, “From now on, I’m going to be a friend,” Delta Spirit soars into a driving rock tune. Here Vasquez’s voice comes off as a growl as the band swells around him. The addition of guitarist Will McClaren is notable, as the band has never sounded more stadium-ready.

The group reaches for similar heights on “Take Shelter”, a track featuring multi-instrumentalist Kelly Winrich on keys. The song is bright and tuneful, and seems to reflect the airy production style brought in by Ben Allen (Animal Collective). Allen also helped simplify things for the group, letting them concentrate on cutting loose. On tracks like “Language of the Dead” and “For My Enemy”, the end results closely echo the energy of the band’s live act.

Into the Wild’s bold first half reaches its apex with “Hold My End Up”, which smolders behind a clean and twinkling guitar and softly spoken lyrics of “promises out in the wilderness.” The song crescendos as Vasquez bellows to the heavens – or at least to the upper deck of larger arenas.

The massive success this band has courted for ten years is a fickle mistress. Whether or not the band makes the jump to stadium status remains unclear, but after a decade of grinding and making incremental steps forward, Delta Spirit sounds as polished, pure and perfectly in sync as ever. They have crushed clubs across the country – and plan to do so again on a nationwide tour – but the band certainly sounds ready to take their act into bigger venues.