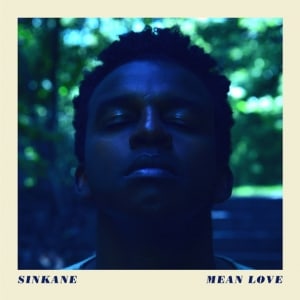 [xrr rating=4.25/5]Every so often, you find an artist or album that has you rethinking where you fall on the musical continuum. Ahmed Gallab, better known under his Sinkane recording alias, has done just that with his 10-track Mean Love LP. Although signed to James Murphy’s DFA Records, the multi-instrumentalist doesn’t share the same appreciation for post-disco or dance-punk as LCD Soundsystem, Holy Ghost! or Yacht. Instead, he merges the many sounds that came his way as a youth moving across the globe. Just as Murphy and company have repurposed the sounds of their adolescence in New York City, Gallab celebrates his upbringing in London, Sudan, Boston, Utah and Columbus during the 37 minutes of latest studio album.

Mean Love is infectious from the jump, kickstarting with the funky electronic-organ tones and effortless R&B-leaning vocals of “How We Be.” The album then finds a comfortable groove; Gallab borrows the sullen melodies for “New Name” from Sudanese pop and showcases an appreciation for Motown during “Yacha.” Although his target in the former tune is vague, Gallab bares his soul to what seems to be a former friend or lover: “You’re on the tip of a hungry tongue/ Your new name, a new name, a new name/ A name that I don’t know.”

This sense of veiled reflection recurs throughout the album. Amid the lap steel whimsy of “Mean Love,” Gallab reverts back to a pre-pubescent state, at least in pitch, when he cries out, “You know I love you, but you were mean to me.” He continues his shift in perspective during “Son,” where he looks back at his upbringing and begins to see his mother as an actual fallible person, not just an all-knowledgeable caregiver, achieving an epiphany shared by most 20-somethings after enough inter-personal ills.

Tapping this type of immediate visceral connection is key to keeping the audience around as the album takes on a southern charm that is most often reserved for dusty bluegrass or country and western music. Had the album commenced with “Galley Boys” and the lap steel tones courtesy of Jonny Lam or the throwback psychedelia of “Omdurman,” it’s likely that a portion of the album’s audience would have immediately tossed the record aside for something closer to their sonic expectations. By placing both of those tracks near the tail end of the album, Gallab expands listener appreciation without the risk of losing them early on.

It’s a cliché at this point, but along with mathematics, music is truly the language of the world. Where so much of the blogosphere and music journalism is focused on defining success within a particular genre, Gallab pulls all of these fractured voices together with a sound that leaps from Austin psychedelic to Caribbean tropicalia. And having served as a back-up musician for the likes of Eleanor Friedberger (The Fiery Furnaces), of Montreal and Yeasayer, it’s Gallab’s proficiency on an array of instrumentation that fuses this eclecticism, not PR-induced Twitter beefs or collaborations.