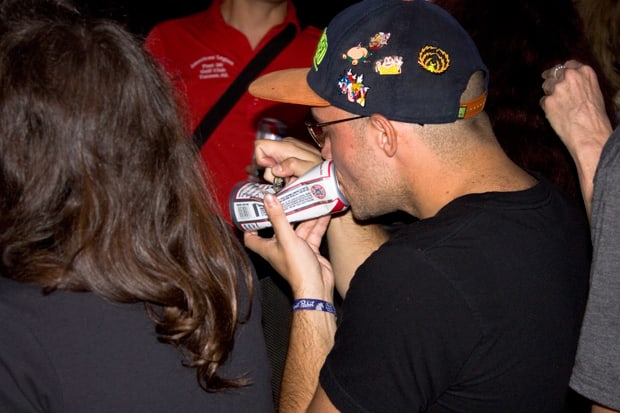 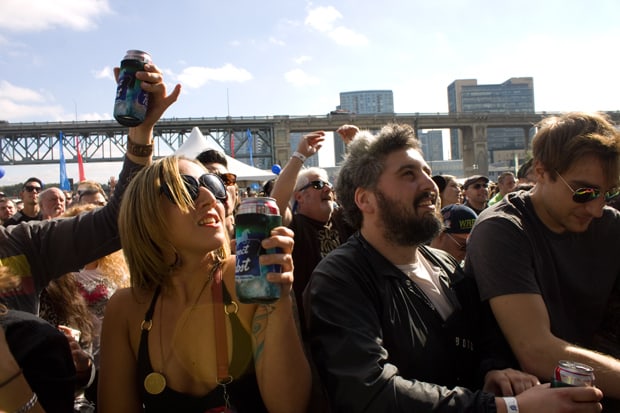 I have a theory that if you poured Pabst Blue Ribbon into one glass and Budweiser into another, you wouldn’t be able to tell the difference. Let’s face it, it’s all about that red, white and blue can. The brand is the thing. You won’t be caught dead drinking a Coors, but MGD is fine. Ditto with the Natty Ice, but a Rainier or Old German is hip. So it makes sense that PBR, the favorite cheap beer of hip, young folks everywhere, would hold a music festival, Project Pabst, in the hippest city in the country. No, not Brooklyn. Portland, Oregon! 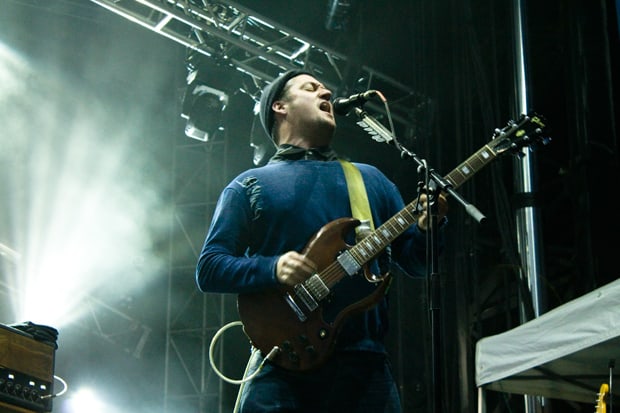 We will ignore the fact that a Russian brewer recently bought Pabst, a company proud of its Milwaukee roots. No one working the festival even acknowledged the acquisition. Instead, they remained slavishly devoted to two things: filling the weekend with great music and making sure each and every patron either clutched an ice-cold can of PBR (manufactured on commemorative Project Pabst 2014 tin) or wore some sort of Pabst accoutrement, whether it be a hat or T-shirt. During Modest Mouse’s closing set on Sunday, a guy in the photo pit tossed handfuls of Pabst stickers in the crowd. Most of them blew back into the pit. 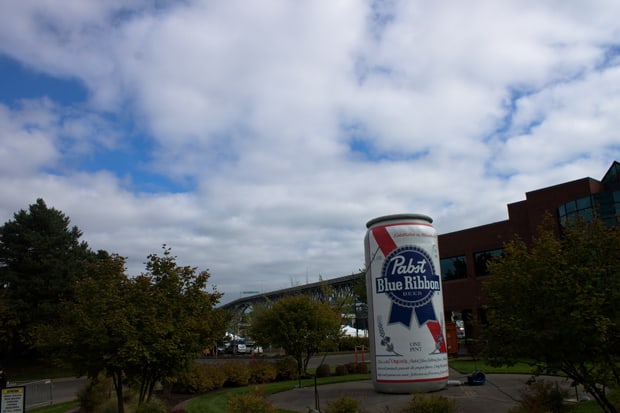 Most of the bands chose not to recognize their corporate benefactor, but those that did either embraced the PBR unicorn with illuminated horn (the official mascot for the fest) or chose to mock it. Brian Ritchie of the Violent Femmes, who’s also from Milwaukee, talked about knocking back PBRs when he was five and how when his father quit drinking the beer following a doctor’s orders, he died. “Drink PBR or die,” Ritchie commanded. Meanwhile, Rocket from the Crypt front man Speedo continually (and sarcastically) quipped about how much he enjoyed taking part in “this project.” 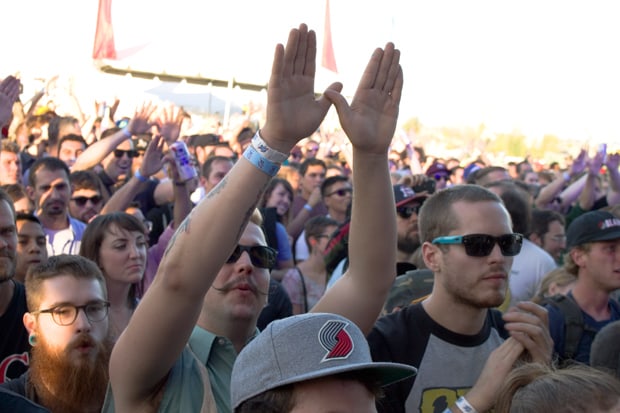 Since the festival was beer-based, youngsters need not apply. The 21+ age restriction kept the kiddos out, making for a calmer crowd, one free from twerking and self-immolation from beer and drugs. I saw no fights. Just one passed out dude. Only a few people making out. Besides, would the kids really want to see Tears for Fears and Rocket from the Crypt? 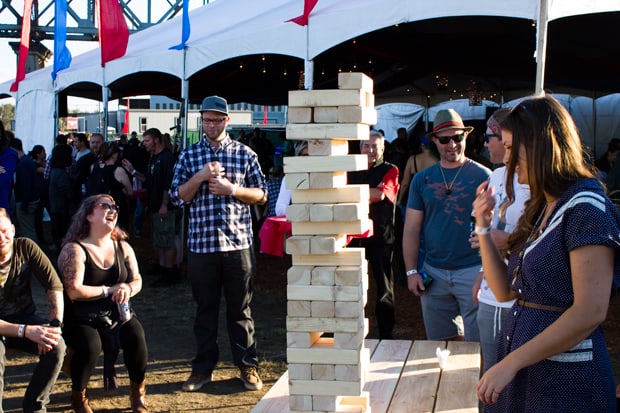 So with the real kids on the outside, festival promoters tried their best to appeal to kid in us old folks. A Christmas light-illuminated arcade featured vintage video games and pinball machines for those us old enough to remember when Ms. Pac-Man was a thing. Giant-sized Jenga games were on-hand near a bar that overlooked the Willamette River and the brand-new Tilikum Bridge. The crowd seemed to be in good spirits, placated by PBR, food from local vendors and good weather. And there was also the music.

Spread over two days at the Zidell Yards (not counting the evening shows in other venues), the festival offered eight bands each day, an ample offering yet not enough to overwhelm. Only one band played at a time, a novel idea in our rapid-fire culture. Don’t like the music? Go chill by the river and eat a sandwich from Bunk. 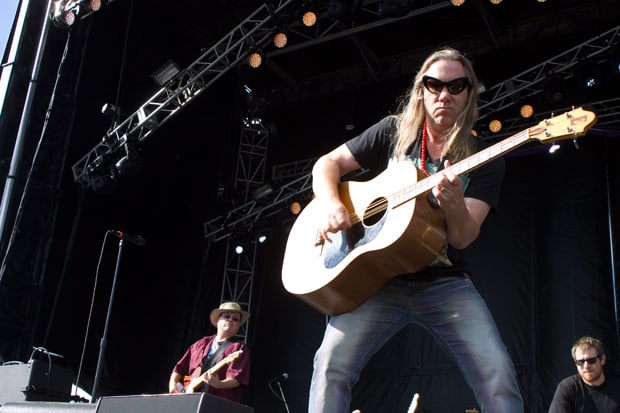 There is something creepy about hearing the angsty Violent Femmes songs come from the mouths of guys in their 50s. I hadn’t seen the band in more than 16 years and although Gordon Gano had aged incredibly, the songs still worked, flooding me with high school memories. After playing the first, self-titled album (which just turned 30 years old!) straight through, Gano and Ritchie cherry-picked songs from their deep catalog, veering from the folk-horror of “Country Death Song” to the sad power pop of “American Music.” They even played chestnuts like “Hallowed Ground” for the fans. I first saw the Femmes when I was 16, the right demographic for the prom-dateless upset of their music and by the time I saw them again at 21, I felt I had outgrown that kind of shit. Here I am, pushing 40, and it all feels like wistful nostalgia I wouldn’t mind tapping into again. I really enjoyed that set. 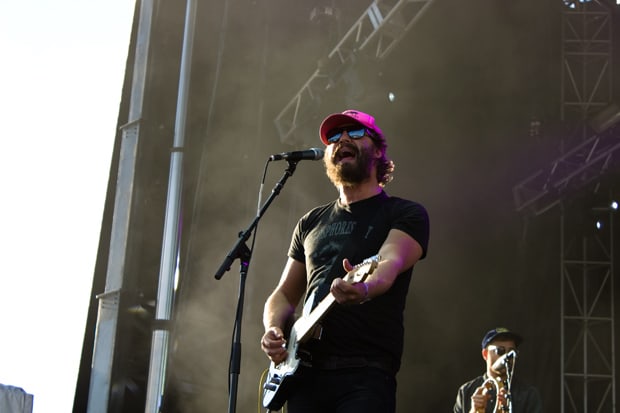 Not all acts brought the magic. Even though Muchacho and its songs ranked on our Best of 2013 lists, Matthew Houck and company put on a sleepy set that sent folks handing for the Jenga tables. Even behind the power of songs such as “Song for Zula” and “Ride On/Right On,” Phosphorescent were in a tough slot, following the Violent Femmes’ three decades of goodwill and the fury of local metal band Red Fang. Sleepy music wasn’t on tap that day. Houck and company are better suited for the darkness of an intimate club. 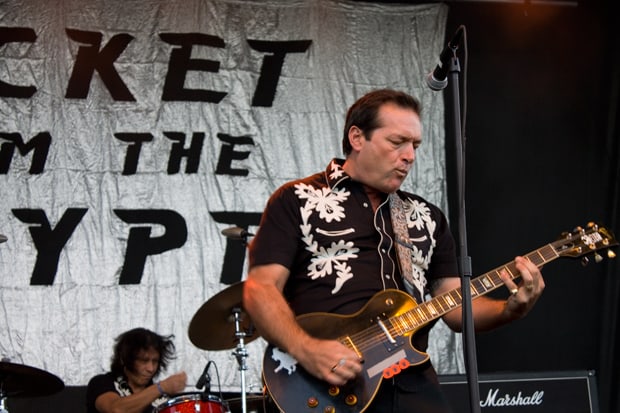 Rocket from the Crypt, however, had energy to spare. Dressed in matching black outfits, the San Diego band put on the most spirited set of the weekend. Speedo bobbed and danced, working the crowd up to the point where numerous full cans of PBR went up into the air and doused the crowd. 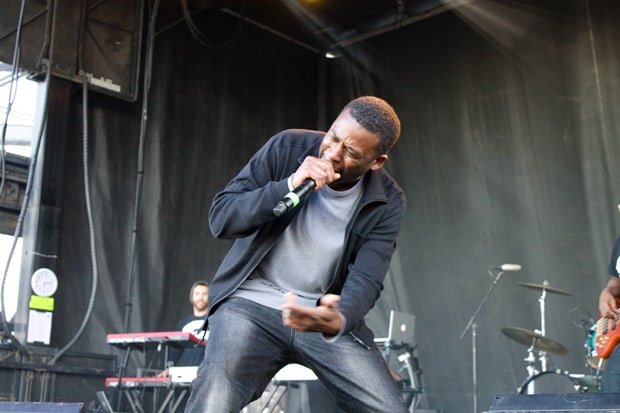 Meanwhile, GZA put on one of the strongest sets of the weekend, playing his classic album Liquid Swords. Flanked by a live band, a true rarity in hip hop, GZA also included a tribute to the dearly departed Ol’ Dirty Bastard with an inspired take on “Shimmy Shimmy Ya.” After seeing part of Wu-Tang Clan’s set at Bumbershoot and GZA’s fiery set here, it’s amazing to see just how many fiercely devoted Wu-Tang fans still exist. These fans, many of them hipsters with twirled mustaches, flashed the Wu sign before GZA’s set and were rewarded with a killer performance. 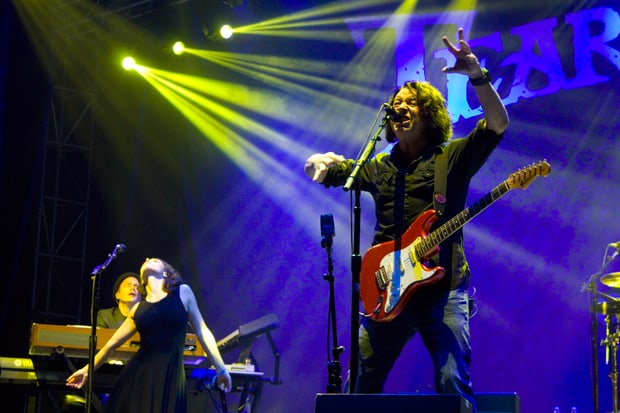 Most folks I spoke with seemed puzzled with the inclusion of Tears for Fears, especially as the closer on Saturday night, but that bewilderment gave way to awe after the band put on a stunning 105 minute set that spanned the twitchy pop gems from The Hurting, a Radiohead and Arcade Fire cover and the holy ‘80s trinity of “Everybody Wants to Rule the World,” “Head Over Heels” and “Shout.” The band, which hasn’t put out a new record in 10 years, kicked off their 17 song set with “new song” “Secret World” and then reached back to “Pale Shelter” and “Mad World” from The Hurting. The band played minor hits like “Sowing the Seeds of Love” before covering “Creep” and “Ready to Start.” But it was 12 songs deep when the familiar opening of “Everybody Wants to Rule” elicited ecstatic cheers. Roland Orzabal’s voice sounds the same as it did in the ‘80s and he was humorous and grateful in his banter. I don’t think he mentioned Pabst. For those of us who never thought we’d hear “Shout” live, we can cross it off our lists.