January 27, 2021
Home Music Rediscover: Kelley Polar: I Need You to Hold on While the Sky Is Falling 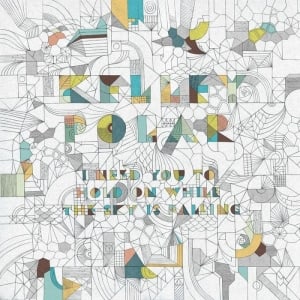 Polar favors a romantic take on sentimental disco mysticism, but the album’s complex melodies stand up to all that earnest melodrama and often justify Polar’s attempt at making these songs (arguably) more profound than they need to be. Polar—née Mike Kelley, brother of musician Blevin Blectum—spent some time studying at Julliard, as evidenced by his fluent use of strings throughout I Need You to Hold on While the Sky Is Falling, a style that is easily his most identifiable musical fingerprint. Polar’s arrangements also elevate the transitions between songs, or even change-ups within long, meandering pieces. The heavily-processed spoken word intro to opener “A Feeling of the All-Thing” is easily the cheesiest moment here, but the way Polar expands it into a strutting combination of “PYT” rhythms and swelling orchestral number is still a little bit shocking after countless listens. He diffuses the final few minutes of “Satellites” slowly into a hypnotic mantra that takes the song in a completely different direction, while “A Dream in Three Parts (on Themes by Enesco)” ends with a weeping overture that condenses the essential melody out of its pulsing electronic instrumentation. Towards the end of the album, “Sea of Sine Waves” manages to segue from a haunting chamber vocal number to booty-shaking banger and back, Polar’s warbly synth rhythm melding with a precise choral interlude and deftly navigating an unexpected chord change as the track peaks. Only a moment about three and a half minutes into stellar dance-pop highlight “Entropy Reigns (in the Celestial City)” is more dramatic, tipping the refrain over an unexpected edge, the song’s rush of tension coming on like the dance floor dropping out beneath your feet.

Polar credits producer Morgan Geist for making I Need You to Hold on While the Sky Is Falling sound as good as it does, but it’s his own focus on dynamics and minute sonic details that make these songs sparkle. The vocodered background work on “Sea of Sine Waves” make the song, but it’s brought out by the sound of literal waves brushing up against the shore and the way Polar runs the song’s gentle intro abruptly up against the song’s first bouncy synth line. “Zeno of Elea” unfurls at a more relaxed tempo, its bubbling melody expanding gracefully into the single-ready disco strings of “Entropy Reigns (In the Celestial City).” For every retro dance jam laying down fat ’80s pop, there’s a more tangled composition playfully combining elaborate vocal arrangements and string flourishes; as an album, I Need You to Hold on While the Sky Is Falling flows continuously and precisely, exploring a wide range of stylistic temperaments along the way.