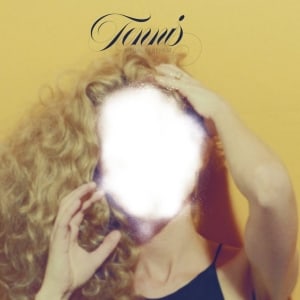 [xrr rating=4.0/5]With their third album in four years, the husband-and-wife duo Alaina Moore and Patrick Riley are releasing their dreamy indie-pop at a breakneck pace. Thankfully, within that short period of time, Tennis has not been content to continue wheeling out the same songs over and over. Between debut Cape Dory and follow-up Young & Old, their songwriting skills improved dramatically and their overall sound evolved from insubstantial breezy pop to include drums, an emphasis on melody and some fuzzed guitar, courtesy of producer Patrick Carney (The Black Keys). Their latest album Ritual in Repeat sees that progress continue and their sound mature even more, achieving a catchy blend of rock, soul and, of course, their signature lo-fi dreamy pop.

This new sound is no doubt nurtured by the presence of three heavyweight producers on this album. Carney returns to produce a few tracks, and this time Tennis was able to nab Richard Swift (The Shins) and Jim Eno (Spoon), as well. Three producers. Eleven tracks. Naturally, it would be a challenge to maintain a unified sound on such an album, and to a degree Ritual in Repeat suffers from too many hands in the broth. But the talents of Carney, Swift and Eno bring out the band’s spirit on every track with the result that it all feels quite effortless.

Ritual in Repeat is all about musical depth and the impact of Moore’s voice. Opener “Night Vision” appropriately announces the extent of the band’s transformation from Young & Old. The ethereal vocals are obviously a given, but here they are incredibly polished. It’s Riley’s fuzzed out guitar and the thumping snare drum, however, that will take those expecting a lighter, breezier Tennis by surprise. The profoundly ‘80s track “Never Work for Free” puts those drums front and center and impresses upon listeners this newly confident, powerful sound. Moore opens up completely with her vocal on this album and is the highlight of nearly every track, especially “Needle and a Knife” and “Solar on the Rise.”

Much of Ritual in Repeat feels like a journey through the pop vaults, with ‘80s singers being the biggest influence. The Carney-produced track “I’m Callin’” brings to mind Madonna more than anyone else, but Moore’s chameleon vocal shifts from the Material Girl to more of a Stevie Nicks from one song to the next. But all of these influences lead up to the crystallizing song of the album. At once both vintage Tennis and something masterfully new, “Bad Girls” is a playful, reverb-laden slow burner that builds to a crescendo of scuzzy guitar riffs and soulful vocals from Moore. It truly serves as a line of demarcation for the album.

Tracks are either hanging onto the former lo-fi Tennis sound or letting everything loose to explore an energetic retro rock-pop. “Timothy” (the only track previously on the Small Sound EP) falls into that former category. Riley’s guitar is heavy on the twang and Moore’s crisp vocal is enhanced by layered backing vocals (a staple on Ritual in Repeat). The Joni Mitchell-esque “Wounded Heart” is the only acoustic ballad on the album and leaves little impression amidst more buoyant numbers. Most tracks are of the far more exuberant variety, such as “Never Work for Free” and “Solar on the Rise” that combine great beats, Moore’s lovely vocals and some fuzzed out guitar. Tennis again shows range with some songs resembling dance tracks and others embracing a powerful rock-pop.

The greatest takeaway from Ritual in Repeat is the sheer speed with which Tennis have matured musically. Certainly, it’s nothing new for an indie pop group to be revamping their sound via radio hits of bygone decades, but Tennis has managed to make a name for themselves in that indie pop world and has avoided becoming cliché overnight. Ritual in Repeat sees the duo continue to take risks and evolve their retro sound by expanding their influences, and they are no less charming for it. Now their sound—albeit still light and airy—has a backbone, and consequently, their music has more emotional depth than ever before.