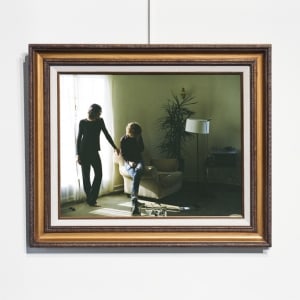 [xrr rating=2.25/5]First things first: this album is a mess. Foxygen’s newest release…And Star Power is a bloated, unwieldy, frequently incoherent mishmash; no one should be expected to sit through the 24 tracks (stretched out over 82 minutes) and think of it as anything but a slurry of half-baked ideas and abandoned musical concepts. But second things second: is it any good? That’s a lot trickier to answer. Buried in the album are any number of decent-to-excellent tracks, but it seems like the band willfully obscures them in favor of fuzz, interminable jams and odd bits of studio chatter. Heck, it seems like they’re not just burying them, but knocking over the headstones and pissing on their graves.

One thing is certain, the core duo of Sam France and Jonathan Rado know how to put pop music together. Foxygen’s first two records Take the Kids Off Broadway and We Are the 21st Century Ambassadors of Peace & Magic revealed a talent for melody and a devotion to classic rock hooks that sometimes bordered on pastiche. If they’ve been criticized in the past for lifting musical styles from the Beatles and Rolling Stones, they might be pilloried for it now; at times, …And Star Power feels like listening to a live-action Girl Talk record, as the vocal hook from “Sympathy for the Devil” bumps up against Paul McCartney’s “Hey Jude” breakdown at the end of “Brooklyn Police Station.” But here’s the thing: Foxygen doesn’t have to rely on that. The first single from the album “How Can You Really” is an amazing burst of piano chords and a wistfully overlapping vocals, backed by horn flourishes. The following track, “Coulda Been My Love,” is just as strong, with call and response vocals accented by a melancholy chorus and a slide guitar.

That’s where the trouble starts. After presenting their best songs, …And Star Power slides into snippet after snippet of unrealized work. According to press releases, the album has a loose concept of a fictional alter-ego band named Star Power and something about an imaginary radio station that disrupts the proceeding with static. Frankly, if the Beatles couldn’t really pull it off with Sgt. Pepper, Foxygen can’t even come close. Instead of being unified by the concept, the album is undone by it; there’s no connective tissue here, nothing that supports such an idea other than insistence.

Tracks like the dreary Krautrock of “Mattress Warehouse” plod on forever with a single monotonous beat and organ riff, while others like “Cannibal Holocaust” seem like the result of two entirely separate tracks forced together (in this case, a psych-pop track fused together with a mid-period Eagles song). Even the semi-titular, four-part suite of tracks smack in the middle doesn’t really seem part of the same album, relying heavily on the trick of suddenly changing the melody and tempo unpredictably. Unpredictability gets predictable pretty fast.

More than any other album in recent memory, …And Star Power brings MGMT’s sophomore effort Congratulations to mind. Also primarily composed by a duo of phenomenally talented young musicians, the album also veered into the worst indulgences of ‘60s and ‘70s rock, seemingly assuming that because they’d grown bored with their own gift for hooks, everyone would be on board for a divergence into prog-rock noodling. …And Star Power is a trainwreck, but not one without moments of weird beauty. It’s just a pity that it’s so often covered up by nonsense.