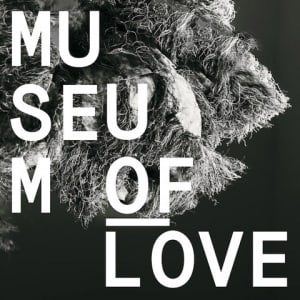 [xrr rating=4.0/5]DFA Records is one of those rare contemporary labels that still maintains a specialized “sound,” a particular niche where listeners can go, pick up a random album, and know roughly what kind of music they’re going to get. Post-punk revival has been something of a religion at DFA for over a decade, incubating talents from the Juan MacLean, the Rapture, Holy Ghost!, Yacht and of course, the label’s founder, ambassador and the mind behind LCD Soundsystem, James Murphy. So it’s no surprise that the label’s newest recruits, Museum of Love, share the same musical heritage (especially considering that one-half of the duo is LCD Soundsystem drummer Pat Mahoney). Museum of Love is the band’s first album, but they’ve already designed a style of their own from the crumbling walls of post-punk, new wave and mutant disco that rivals many of the decades-old acts that they’ve chosen to ape. This may not seem like a big deal in the company of DFA greats, but it’s quite an accomplishment in today’s history-obsessed music industry.

Whether adopting the blue-eyed disco-funk of Speaking in Tongues-era Talking Heads on “The Who’s Who of Who Cares,” the mesmerizing, compact groove of Liquid Liquid on “The Large Glass” or New Order’s funereal pop on “Learned Helplessness in Rats (Disco Drummer),” Museum of Love clearly owes a debt to a very particular slice of rock history. Still, like the best DFA artists, the band is inventive and, most importantly, consistent in their devotion to their past idols. On Museum of Love, funky drum machine loops and Dennis McNany’s super-precise synthesizer rhythms push every song forward at a quickening pace while Pat Mahoney’s reserved vocal delivery—equal parts Nick Cave-ian dark swagger and Bowie-esque operatic theatricality—remains wonderfully unchanged through the entire album. The duo is keen to make the definition of their own unique sound priority one; paying tribute to past musical heroes comes second.

That’s why songs like “Down South” sound like someone, but it’s never quite clear exactly who. The perpetual dance beat and sweeping, expressive vocals battle with a murky synth line in a way that seems tangential to the Human League, ABC or Art of Noise, but it doesn’t intersect with any of them. That’s Museum of Love’s secret: they’ve embraced the broad elements of the greatest post-punk bands rather than specific, precise styles. Their music ultimately sounds like it comes from a band that exists in 1983, not from obsessive followers of the era 30 years removed. Nostalgia-heavy artists are rarely capable of pulling that magic trick, but of course, Museum of Love come from a legacy of DFAers who have managed it better than almost anyone else.

Without the Rapture and LCD Soundsystem, Museum of Love could become one of DFA’s most distinguished acts heading forward. This first record is a contemporarily appropriate memorialization of the ‘80s post-punk era: evolutionary, passionate and distinct. With the rampant revival of the genre that’s been bubbling in the indie world for well over a decade now, there’s nothing stopping Museum of Love from becoming a critical hit, especially considering that the band’s inspiration cuts a little deeper than the typical modern reproductions of Joy Division, Wire and Gang of Four. Museum of Love has started strong, striking a precarious balance between the present and the past that few manage to pull off. That is how music innovation is made: reevaluation through retrospection.