May 07, 2021
Home Music Jackson Browne: Standing in the Breach 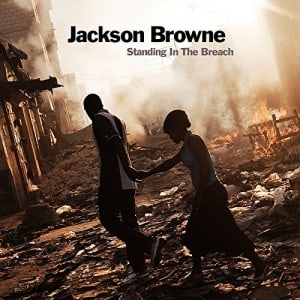 [xrr rating=3.25/5]It’s taken six years but Jackson Browne is back again to refute both the critics and himself. On 2008’s Time the Conqueror, Browne was so immersed in his political message that he lost his connection to the emotional core that has driven his popularity. Worse, reviewers rightly bemoaned the album’s weaker musicality. On Standing in the Breach, Browne digs deep and resurrects the subtle but full arrangements, the rich melodic ideas and the well-crafted songwriting of his early albums. While about half the material carries forward the idealism and leftist politics he’s emphasized since the 1980s, he leavens that with a variety of life sketches that bring back the missing personal element. To a great extent, the album succeeds in delivering the classic Jackson Browne sound, in part because his voice is as strong and clear as it’s ever been. But nothing in this offering is as moving as “Song for Adam” or “From Silver Lake” from his solo debut. “Here” is the closest contender, with lyrics about loss and disconnection, but it only offers Zen comfort for the pain, rather than empathy or catharsis. Despite this, it’s still a very elegant little package. The music captures a sense of clarity and coming acceptance while the meditative vocal delivery bridges the divide between the music and pain in the lyrics. That complexity is the hallmark of Browne’s best work.

Browne begins the album with a peace offering to longtime followers, “The Birds of St. Mark,” which dates back to 1967, well before his solo career. This had only been released in a live piano version on 2005’s Solo Acoustic, Vol. 1, but this studio take settles into his original vision of the tune as a Byrds-style song. True to that, he’s picked up the tempo and his collaborator Greg Leisz fills the piece with Rickenbacker 12-string chiming worthy of Roger McGuinn. The track rolls out easily and the arrangement is quite polished. Those old fans will appreciate the gift and it does call back to the rich metaphorical lyrics of his earliest work. It’s a good song, but it feels a bit precious and dated. Written (appropriately) in the voice of a much younger man, it’s a bit out of place on Standing in the Breach. There’s an immaturity in the flowery language and allusion, using them as a shield against being seen as shallow or uncomplicated. It’s not clear if Browne is reaching back to his lost youth or merely reminding us of who he was. In either case, although it’s quite pretty, it doesn’t seem as engaged as his solo piano performance.

The album’s title offers its own multilayered message. The song, “Standing in the Breach,” is an affirmation, even as it recognizes the dire times we face, “Try to put our world together/ Standing in the breach.” But that phrase also touches on where Browne is trying to position himself, reaching out to both ends of his long career and proposing continuity between emotional meaning and social message. To his credit, he draws on both sides, but he rarely connects with the two on the same song. The closest he comes is on “The Long Way Around,” which ties a personal perspective to his commentary in an attempt to soften the peachiness. He doesn’t quite pull it off, but it still turns out to be one of the strongest tracks on the album. The low-key, sparse arrangement relies on a simple acoustic riff, a steady drum beat and the melodic bass work Browne has a penchant for. It’s a hopeful sound that contrasts with the litany of societal ills he identifies, shoehorning in pollution, greed, gun violence and ingratitude among the privileged. The vocals fit the music best, with a bouncy flow like “All Star” by Smashmouth and Browne lays down some tight lyrical turns. The track is filled out by reverse-gated guitar licks and sweet femme harmonies. Unfortunately, his message ends up a little muddled by the kitchen sink list and dated references like, “It’s hard to say which did more ill/ Citizens United or the Gulf oil spill,” but it’s catchy enough to gloss that over.

Flaws aside, Standing in the Breach is a big improvement on Time the Conqueror and it rekindles my appreciation for Browne as a writer and performer. While it doesn’t turn the clock back to the early 1970s and he can’t quite close the gap between his classic hits and later activism, the album shows that he can still turn a nice phrase and craft a solid hook.