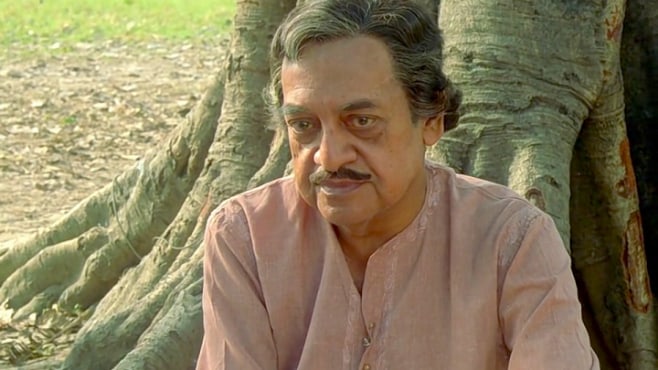 Satyajit Ray’s first film, Pather Panchali (1955), takes place in a Bengali village, but his nearly 40-year directorial career often took place in more urban settings. Near the end of his final film, The Stranger (1991), Ray brings his characters from the bourgeoisie cradle of Calcutta into a tribal village as a way to open their eyes to a more simple way of living. Though the director did not know The Stranger would be his final film, the full circle return to the countryside couldn’t be a more appropriate kismet in a career full of classic movies.

Based on a short story the director wrote in 1981, The Stranger is a playful and thoughtful final film from one of the most humanist directors that ever lived. The film concerns the arrival of Manomohan Mitra (Utpal Dutt), a long-lost uncle who resurfaces after 35 years of traveling. Manomohan comes to Calcutta to stay with Anila (Mamata Shankar), a niece who was two-years-old when he left town. When the movie begins, Anila and her husband, Sudhindra (Dipankar Dey), receive a letter from Manomohan telling them that he is coming to Calcutta and hopes for their hospitality. While Sudhindra is suspicious, Anila is excited that her uncle will be coming to town, but she soon fears that the man may actually be an impostor, coming to claim an inheritance that has been waiting for Manomohan’s return. 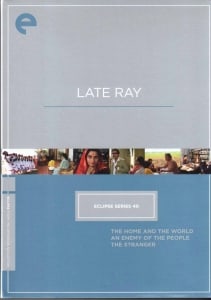 Fortunately, The Stranger is not a Hitchcock film and the plot is not predicated on whether Manomohan is a fraud. Instead, the missing uncle cuts a capricious, if imposing, figure on Anila’s family. Even though Anila and Sudhindra worry that the man may be there for nefarious reasons, Ray is more interested in using Manomohan’s reemergence as a way for the couple to see life in a different vein, one that’s away from the posh comfort of their Calcutta home. We learn that Manomohan has spent his 35 years traveling, spending time living with indigenous tribes in both India and North and South America. This experience has wizened Manomohan and in a handful of gripping sequences, he introduces his radical philosophies to both Anila and Sudhindra, as well as their disbelieving friends.

Manomohan knows that Anila doesn’t trust him entirely, but he is more concerned with engaging her and her family on an intellectual level. When one of Sudhindra’s friends comments that Bengalis love to wax philosophical, Manomohan invokes the ancient Greeks, men who would spends hours talking without resorting to gossip or braggadocio, proving the man’s provinciality.

If The Stranger argues for simplicity, Ray does it well in its final sequences when Anila and her family join Manomohan in a tribal village and witness its residents dancing. Many of Anila’s friends would consider these aboriginals “savages,” but Ray is simply making the point that simple living is not savage whatsoever. It’s a remarkable final statement from a director who spent a career showing us that the human spirit can survive any sort of obstacle, be it cultural oppression or natural disaster. Apu has grown up, grown old and returned to his humble roots.