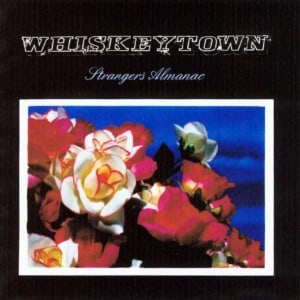 Ryan Adams was Ryan Adams well before he was Ryan Adams. Ahead of the world knowing him as a solo artist and before he shared the stage with the likes of Elton John, he was already a punky North Carolina songwriter bouncing around bands with the bravado and demeanor of a young Johnny Rotten. He was cocky, erratic, prolific, obnoxious, inebriated, brash, stubborn and brilliant. It’s still not clear if Adams’ behavior derived from a belief that he was owed something or that he simply knew he was destined for more. Either way, it was clear that the expectation was that we should all consider ourselves fortunate to tread in his wake until he left us behind. No one was immune from his antics, not even Adams’ bandmates. Yet, for all the turbulence, arrogance and conflict, no matter how inexcusable, Adams backed it up with his body of work.

The best known of his many pre-fame bands was unquestionably Whiskeytown, alt-country cult heroes who were occasionally able to get out of their own way—or Adams’ at least—for a tumultuous but prosperous half-decade run. At the time the band recorded their major label debut, Strangers Almanac, Whiskeytown was barely standing, its lineup falling victim to what at the time seemed like the tyranny of its fearless leader. Adams himself was barely interested, confessing that a solo contract was being dangled in front of him and later admitting he was in a mental space where he couldn’t connect with the music or his bandmates. Hell, he even showed up to the sessions in Nashville having left all of his guitars in a Raleigh parking lot, and he called an audible by substituting the intended album with songs he’d written on the drive to the Music City. All of which makes it outright remarkable that the finished product ended up being one of the landmark alt-country records of the period.

For all of the drama surrounding its release, Strangers Almanac still managed to come across as a more polished and consistent effort compared to Whiskeytown’s classically roughshod debut, Faithless Street. More inline with that record’s title track as opposed to its full body, Strangers Almanac is essentially a country-folk record, from the instrumentation to the vocals to Adams’ lyrics of self-loathing, self-doubt and self-infliction. Adams’ voice during “Excuse Me While I Break My Own Heart Tonight” (which also features a vocal verse from Alejandro Escovedo) carries as much twang as his banjo and the pedal steel guiding behind him. “Dancing With the Women at the Bar” might be the most perfect alt-country song of the period, highlighted by swampy pedal steel and an exceptional chorus that holds up alongside “If I Am a Stranger.” Adams’ singing of the dangers and damage of love during “Somebody Remembers the Rose” (“Honey, I’m out of service for a while”) is as authentic as it gets. Adams has moved away from this kind of heartfelt country, but no matter what anyone says, it’s truly his wheelhouse.

For as good as Adams is on Strangers Almanac, and even though the cast became rounded out by session players, Whiskeytown weren’t just his backing band, especially Caitlin Cary and guitarist Phil Wandscher. “Inn Town” would sound hollow without Cary’s fiddle and harmonies, while her tender strumming and vocals propel the instantly catchy “16 Days.” “Houses on the Hill,” might be Adams’ and Cary’s finest moment together, with her lingering leads, his heartbroken vocals and lyrics about discovering the remnants of an old love. Strangers Almanac loses some steam in its second half, but the band truly comes together for its closer, “Not Home Anymore,” with Cary’s tumbleweed fiddle truly capturing the loneliness and isolation of a lover gone, but with a presence still felt. Adams doesn’t look back at this record or this incarnation of Whiskeytown fondly (despite recently performing “Yesterday’s News”), but it seems to be based more on the fact that he didn’t want to be in the band anymore.

It was no secret to anyone that Whiskeytown couldn’t last much longer beyond Strangers Almanac (they’d make one more record, released in 2001 after their dissolution). “Waiting to Derail” wasn’t the record’s finest moment but it was certainly emblematic of where Adams was at the time, as was “Yesterday’s News.” “I can’t stand to be under your wing/ I can’t fly or sink or swim”, Adams sings during the record’s most brawling rocker, perhaps delivering a blatant message to his band. In Adams’ defense, it was clear to most people at the time that he was destined to be something bigger on his own. Less than three years later he would release Heartbreaker, essentially proving that his motive wasn’t necessarily personal, he really did have something different in mind, or at least somewhere in his mind. While Adams certainly wouldn’t have won any awards for communication or sparing feelings, the tension and chaos he generated during Strangers Almanac resulted in some of the best music of his career.