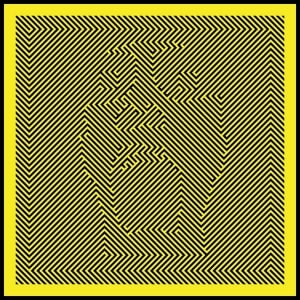 [xrr rating=3.25/5]Scottish outfit We Were Promised Jetpacks made an odd move earlier this year. They only had two records under their belt, and yet they released a live album E Rey: Live in Philadelphia a recording of the last show on their 2012 tour. Live albums are hard to pull off even when the band in question has a massive back catalogue, but, somehow We Were Promised Jetpacks made E Rey a great effort, noisy, chaotic and muscular.

It’s odd then to hear Unravelling come off as a sleeker release, less concerned with raw power and focusing its energy on earworms. This isn’t a bad thing by any stretch of the imagination, WWPJ have always had a good ear for insidious melodies, even while they were bursting their guitar amps. This is WWPJ at their leanest, a bit less punk, a bit less post-rock and a whole lot more catchy. They attack most of the songs with angular precision, reminiscent of Alt-J. In fact, with Alt-J wondering off into odder territories on This is All Yours, “Peaks and Troughs” and “Disconnecting” could draw in a new slew of fans looking for An Awesome Wave-ish songs.

This is still a WWPJ sounding album to be sure, though a few of the roles seem to have been switched around. Once the sound was led by Adam Thompson and Michael Palmer’s guitar wall along with Thompson’s voice alternating from a croon to a yell. There are still guitar heroics here and there and Thompson is still an impressively versatile singer, but rhythm dominates Unravelling. Darren Lackie is the star of the album, propelling all of these tracks along, thanks to a style that combines subtle power with a sort of strange propulsion aided by Sean Smith’s bass work. Lackie and Smith make “Peace Sign” swing with uneasy menace and the crushing drums of “Bright Minds” make Thompson’s cries more impassioned.

The changes haven’t all been smooth. Unravelling does lack the energy that swept through WWPJ’s previous releases, making the final section of the album feel a bit sluggish. Instrumental track “Peace of Mind” seems a bit too aimless for its run length and finale “Ricochet” is an anti-climactic closer for a band known for their explosive endings. The trashing “Moral Compass” would have been a more fitting ending for the album.

Perhaps the most noticeable change comes from the album’s best song. On the group’s debut that title was held by the decimating “It’s Thunder and It’s Lightning,” that climaxed like Explosions in the Sky over Thompson’s screams about domestic abuse. Unravelling’s big draw comes in the form of “A Part of It,” a ridiculously fun, hyper-energetic piece that bounds along like Welsh group Los Campesinos!’s best. And, maybe it’s my college habits, but Thompson’s winking question of “how much sleep does a human need?” put a smile on my face instantly. Unravelling feels like a bit of a stepping stone; WWPJ still have a foot in their old, more ferocious ways, while testing out their more pop ready tricks. It’s not exceptional success on either side, but it provides some fine songs and an intriguing potential for the outfit.