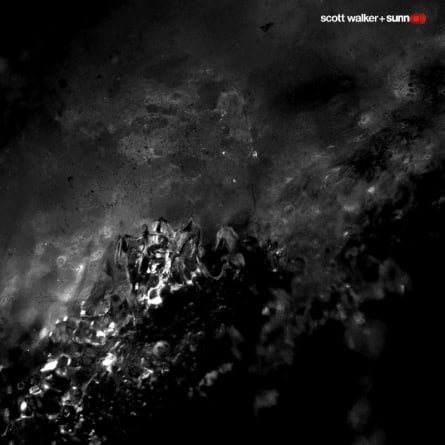 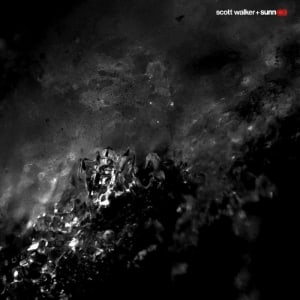 If you are reading a review of a Scott Walker project, chances are you’re familiar with who he is. Much as there are no casual fans of raw, edible pufferfish, there are very few people in 2014 who just occasionally listen to Walker. So we can dispense with his peculiar mythology, the pop idol era, the BBC variety show, the wilderness years before he reemerged as the stoic, baseball-capped avatar of avant-garde noise that he now embodies. For all the strange directions his career path has taken him, Walker has settled into a distinct phase in the last two decades, which could be charitably called his “weirdo” period.

Thus, it is not particularly surprising that Walker would release a full-on collaboration album with a pair of fellow weirdoes, namely drone metal duo (and parenthetical enthusiasts) Sunn O))). He has not worked with a group since the 1978 Walker Brothers album Nite Flights (though reportedly it was less a joint effort than individual work packaged together), but Soused is a bit of an outlier in any case. Sunn O))) (being primarily Greg Anderson and Stephen O’Malley) is not exactly Walker’s backing band for the album, but it is clear that there is a reason why his name comes first; the singer’s musical sensibility is by far the more prominent, dominated as it is by his unmistakable vocals. Of course, Walker and Sunn O))) have more shared points of interest than not: both treat melody and rhythm as a distant afterthought, and both have a tendency to delve into frequencies and intonations that can described as uncomfortable. In effect, while Soused is an experimental album by anyone’s measure, it is somewhat in a comfort zone for both parties.

In other words, this release is big on the monolithic guitars and operatic vocals. There is more than that on Soused, to be fair, but the record is noticeably more straightforward than anything Walker has produced since the 1970s. Even if there are his typical quirks like the sound of bull whips as percussion (courtesy of Peter Gamble) on the opener “Brando,” this album might be the closest thing possible to predictability from both Walker and Sunn O))). “Brando” begins the album with Walker belting out “Ah, the wide Missouri” in a melody seemingly lifted from a gondolier’s arsenal, over a needle-like guitar riff, until it shifts into a low rumble and the singer’s increasingly sadomasochistic musings. The 12-minute “Herod 2014” repeats the phrase “She’s hidden her babies away” while invoking The Sound of Music until both seem equally horrifying, with Sunn O)))’s guitars broken by squalls of saxophone that sound more like lonely seagulls.

The shortest track on Soused clocks in just under nine minutes, but none of the five tracks ever seem overlong. They have no fixed point of rhythm that could cause them to outstay their welcome, but in typical Walker fashion, it is a grueling path to get to the end of a song. These songs aren’t ever even enormously dissonant, it’s just that the singer has somehow perfected his ability to instill dread into the simplest of musical phrases. Soused is neither a high or low point for either Walker or Sunn O))), but it is certainly a characteristic record for both.