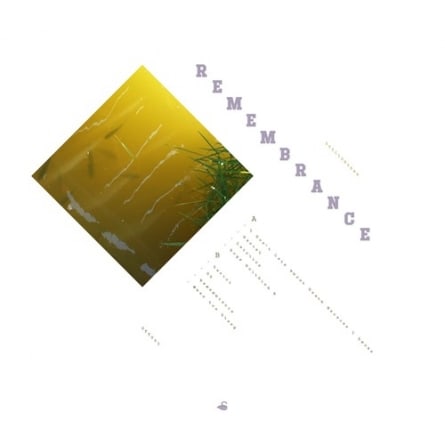 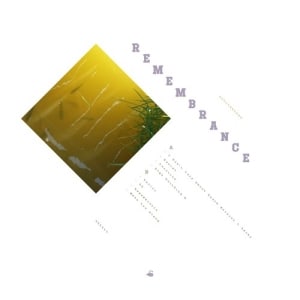 With the rise of Yung Lean and his ilk, there’s been a slew of old school boom-bap fans rushing to come up with quips an clever put downs to attack this sad-boy wave of rap. Much like the YouTube commentators that claim Vaporwave isn’t a real genre, nor should it be treated like one, these detractors are making wide scathing remarks that treat the whole rising sound as a joke, and that would be a grave mistake. James Prudhomme, under the name Suicideyear, has been making some of the strangest remixes and instrumentals of the decade with a sonic mindset that mixes the Cloud Rap tastes of Clams Casino with the harder trap of Baauer (for the best example check his completely insane remix of Waka Flocka Flames’ “Hard in the Paint”). It’s an odd combination, the spinning 16th note high hats and gunshot snares mixing with cascading synths and loopy vocal patterns makes it sound like Prudhomme has one foot in reality and the other in an N64.

Remembrance is Prudhomme’s second collection of instrumentals, and it’s an even more solid set than his debut Japan. Japan could lean to the more kawaii sillier side of things at times, but Remembrance, more often than not, turns gorgeous. “Hope Building A”’s Christmas like chimes lightly ring over the hazy and comforting background, which transitions nicely into the cough syrup vibe out of “Savior.”

It’s interesting to view this sort of Hip-hop production gaining traction, as producers like Prudhomme seem just as focused on making the music emotionally potent, while still getting you to bob your head. Lead track “I Don’t Care About Death Because I Smoke” was used on Antwon’s excellent 2014 release Heavy Hearted in Doldrums and it can be a club banger, but it’s also want to walk into more introspective moments (Antwon did his usual Biggie-like delivery on his version, but the chorus also went “I know deep down she hate me but she keep it all inside”). Prudhomme has mellow textures down pat throughout Remembrance; “Caroline,” which starts the sluggishly grand trio of “Hope Building A” and “Savior,” employs an adorable organ over light violin drones that are relaxing yet melancholy.

The final three songs fall into darker, murkier territories. The bells on “U S” are of a much lower and somber pitch than those on “Hope Building A” and they create a mesmerizing foundation for the soft humming synths that gloss over the rest of the sound. The title track is arguably the hardest song on the album thanks to a squelchy-squidgy sound that breaks through at around the half-way point running over some head knocking drum programing, though it still holds Prudhomme’s trademark eeriness and sadness. Closer “When You Sleep” is appropriately dreamlike, with a wonky keyboard lead that sounds a bit like the underwater level from Donkey Kong Country, it’s a nice touch, as Prudhomme’s best work often holds bits and pieces of nostalgia, half remembered motifs and themes from the Game Boy era, the sort of heady, hypnotizing stuff that works just fine with or without a rapper, The calling card of a great producer.