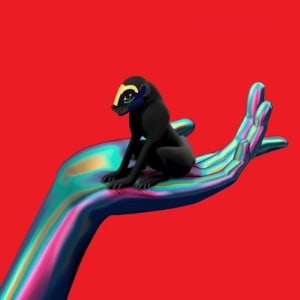 [xrr rating=4.25/5]The double-disc Wonder Where We Land is like that second “true love” — the one that only arrives after your heart has had time to heal after being torn out and dragged across the gravel of a deserted parking lot. Unlike SBTRKT’s self-titled debut, this isn’t necessarily love at first listen. Instead, one has to invest some quiet alone time with the album’s 21-tracks. It’s not the immediate lust for effervescent club-ready gems that pulls one into the new album, but the prolonged enjoyment of conversation and heart-felt expression.

While the vast majority of debut releases showcase an artist still making sense of their unique language, Aaron Jerome arrived in UK’s post-dubstep scene a half-decade ago with a damn near flawless idea for his SBTRKT project. With the help of Little Dragon (“Wildfire”), Jessie Ware (“Right Thing To Do”) and Sampha (“Sanctuary”), Jerome proved to a growing electronic-minded market that dance music could be dizzying, dark, and sometimes uncomfortable, yet still be totally infectious. This tactic, shared by James Blake during the early parts of his career, has cleared a route for countless fellow post-everything producers to follow. This independence seemingly kept Jerome from folding beneath the weight of expectations leading into its follow-up. Having already established EDM and indie cred, Wonder Where We Land opens up for his collaborators to put their best efforts forward. By placing his ego aside, Jerome has prepped himself to land coveted production duties for years to come.

Following their many collaborative efforts, it is fitting that Sampha is featured on the album’s title-track. Placed as the second cut, it foreshadows the flow to come. As opposed to his debut, the vocals sit more predominantly on top of the beats, the instrumentals breathing around the lyrical delivery. But these are not pedestrian electronics. Jerome institutes a delicate wall of analog bleeps for Sampha to weave his sultry vocal magic. Atlanta’s up-and-comer Raury provides another sophisticated perspective for Jerome to bask in weightless bass euphoria. In “Higher,” the 19-year old quips about the tribulations of finding his own voice among the expectations of urban youth: “Like I’m MLK, I’m speaking out against the segregation/I can make it through the gate and open it for all my brethren/I don’t mean to ruffle feathers, niggas talkin’, bitches hatin’/Contemplatin’ every single move you make and study you/Ready boo, niggas go through Earth and Hell and Heaven for a story based on Raury.” During “Forgotten,” the duo evokes thoughts of Nat King Cole transported to 2026 with a combination of electro-soul and an uber-cool delivery.

Jerome could have looked to high-priced A-listers for collaborations, but it’s Vampire Weekend’s Ezra Koenig and Harlem’s A$AP Ferg that carry the most celebrity weight. The former effort, “NEW DORP, NEW YORK” pulls from the best of underground NY rock and UK garage, and pulses with a gritty baseline and shoulder-shrugging melody that can get even the most apathetic hipster grooving. Throughout “Voices in my Head”, which also features the dissonant charm of LA’s Warpaint, A$AP Ferg dons a veil of earnest innocence that eventually gives way to weighty ivory strokes. Other evocative collaborations arrive via Caroline Polachek, in the form of the haunting duet “Look Away” and Denai Moore during the post-Burial house of “The Light”. The latter unapologetically picks at the scabs left by the departure of that first love.

With so much stellar teamwork on one release, Jerome could have been more diligent in removing the album’s excess. It’s not that the bells of “Day 5” don’t deserve to be heard or that the subtle chirps of “Osea” are not affective in their own right, but these moments hold up the satisfaction of later tracks. The perfect album is no easier to find than the perfect lover; one grows comfortable with those inconsequential with these small imperfections when the greater body is so endearing.