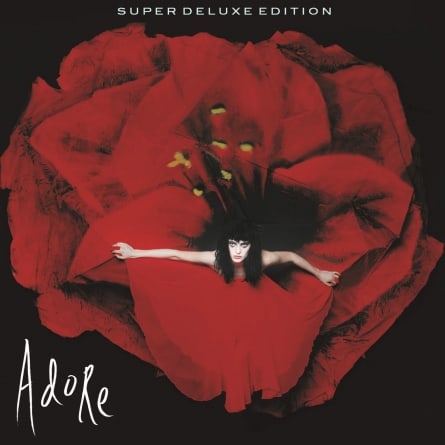 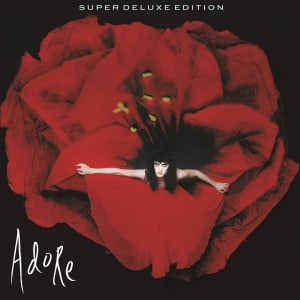 Adore is easily the most distinct record in the Smashing Pumpkins discography. It holds an interesting place in the band’s story as the comedown after the exhaustive and exhausting zenith that was Mellon Collie and the Infinite Sadness. This was the album on which Billy Corgan would reassert control over the band (not a problem, given that he usually is the band) and refocus himself with a stripped-down, bare-bones record that got to the heart of what the Pumpkins were supposed to be. Despite his best efforts, that’s not the record that Adore is. By retreating into himself, Corgan crafted the sort of album he may have loved as a younger man, one awash with synthesizers and cleanly picked guitars to make his despondency all the more elegant and beautiful. Years later, Adore has become something of a cult favorite for Pumpkins fans, which begins to explain this lavish super deluxe collection

The good news is that Adore still holds up. Years later, the atmospheric approach Corgan took sounds better than ever. Abandoning most of the hard rock tropes from Mellon Collie, Corgan’s songs favor a darker aesthetic characterized by synths and stuttering drum machines. (Granted, the latter was likely due to the absence of Jimmy Chamberlain, but the simpler rhythms fit here.) Aside from a handful of duds (most notably the cringe-worthy “Ava Adore”), the album has aged considerably well. Looking back, it represents the last natural development in the band’s sound: Corgan uses the foundation laid on Mellon Collie tracks like “Cupid de Locke” and “1979” to craft the grandiose, Gothic sweep of “Daphne Descends” and “Appels + Oranjes,” while more intimate moments like “The Tale of Dusty and Pistol Pete” owe something to the softer moments from the band’s early B-sides. By abandoning the hard rock of their beginnings, the Pumpkins found new, fascinating dimensions in Adore.

There’s a lot to explore on original record itself. As a result, this reissue—which also compiles nearly every recording that the Pumpkins did during this period—may be a bit exhausting for all but the most devoted of Corgan acolytes. The mono mix of the album offers little to the non-audiophile, as there’s very little distinguishing either mix of the album from the other. Adore likely won’t be the subject of the same mono/stereo debate as, say, The Velvet Underground & Nico. What’s more, the demos and outtakes included here—and there are enough of them to make two separate albums—are really only intermittently interesting. You do get a number of B-sides and non-album tracks that are definitely worth having, and it’s nice to be able to hear “The End Is the Beginning Is the End” without having to remember that the band tossed it off for inclusion on the Batman & Robin soundtrack. Overall, though, the extra material on Adore does little to justify the lavish repackaging.

Then again, Corgan has never been one who understood the concept of brevity. This is probably the version of Adore that we were always going to get. It seems to be an important album for Corgan, one that marked the end of an era for him as a songwriter. As beautiful of a record as it is, there’s still a twinge of sadness that comes with listening to Adore, as you wonder what could have been had the Smashing Pumpkins not destroyed themselves through infighting and Corgan’s egomania. Adore is a hushed, beautiful comedown of an album from a band who only ever seemed to be grand and bombastic in their approach, which makes it all the more interesting a listen years later.