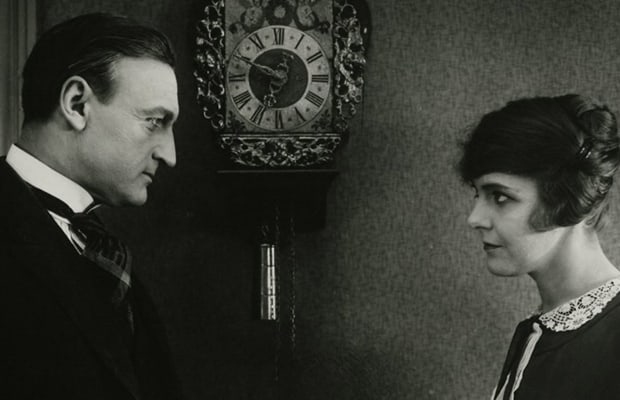 Master of the House (1925) may not be one of Carl Theodor Dreyer’s best known works, lacking the emotional heft of The Passion of Joan of Arc (1928) or the resounding terror of Day of Wrath (1943), but this little domestic drama is still quite forward thinking and astute. Telling the simple story of a housewife, with the help of a pair of older women, turns the tables on her oppressive husband, Master of the House is a humane, sometimes comical look at a household where the relationship is broken, yet not completely irreparable.

One of Dreyer’s nine silent films, Master of the House takes place in and around the small apartment where Ida Frandsen (Astrid Holm) toils to keep her husband and three children happy and fed. Dreyer begins the movie as follow Ida during a quotidian morning ritual: heating water on the large stove that dominates the domicile, feeding her birds, cooking breakfast for the family. These routines create a portrait of Ida and her family that adds veracity to the story. These are typical people, doing typical things. Enter Viktor (Johannes Meyer), Ida’s husband, who more or less shits on everything Ida has done to prepare the house for him. Ida is completely browbeaten by this man and when his old nanny, Mads (Mathilde Nielsen), comes to visit, she cannot bear the way he treats his wife. So she tells Ida to leave the house while she figures out a way to cook up Johannes’ comeuppance. 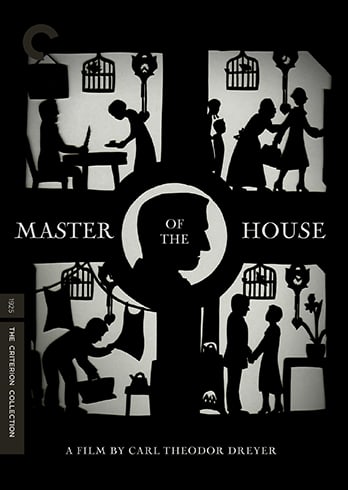 Besides the meticulous set and George Schnéevoight’s clear cinematography, Dreyer wrings excellent performances from all of his actors. Meyer, who would go on to become one of most beloved actors, creates a Viktor who is not entirely reprehensible. Out of work since he lost his business, Johannes is simply lashing out at everyone around him, taking his wife’s labor for granted. Viktor is not an over exaggerated lout or satanic, he’s just profoundly unhappy. Holm also gives a great performance as the embattled wife, but it’s Nielsen, as the nanny, who anchors the entire film. When we first meet Mads, she simply watches as Johannes terrorizes his family, shouting at his wife and forcing his son to stand in the corner in wet shoes and socks for playing in the snow. But soon, Mads takes over, teaching Johannes just how valuable Ida is to him and the household.

If handled by a mainstream, modern director, Johannes’ comeuppance would likely be nasty, a parade of vicious pranks propagated by Mads until he finally cracks. But in Dreyer’s film, Viktor is not evil. He’s just grumpy. So, Mads makes him do all the chores Ida once did while removing all creature comforts such as warmed slippers and extra butter on his bread. Mads and Master of the House are gentle in the subjugation of Viktor and Meyer deftly shows us as his character’s appreciation for his wife slowly floods back to him. By the time Ida returns to the home, Viktor is ready to turn over a new leaf, one that we can believe he will intends to keep up after the final reel.

Dreyer may not be the most gentle of directors, but Master of the House is a complete joy to watch. Fans of his other films may notice the lack of religious overtones, but such details would bog this film down. Instead, Master of the House is quite progressive for its time, a small lesson in appreciation that is still valid nearly 90 years since its creation.