Ballet School play a clever trick on “Heartbeat Overdrive;” the song opens with a shimmering delayed guitar, only to be jerked out of the ether with a booming, synthesized drumbeat and Rosie Blair’s powerful voice. What follows is a big, romantic statement not uncommon to shoegaze but expressed with the confidence and gusto of a mainstream pop song. Love isn’t a suggestion here; it’s an enthusiastic declaration.

In a rating of all 289 Eminem songs, Spin awarded first place to “Forgot About Dre,” which is technically an Eminem feature. Eminem’s best work, it was argued, comes out of his guest verses, rather than his solo material. His sixty bars on “Calm Down” may be a case in point. Put another way: if you thought the Britney Spears rhyme on “The Real Slim Shady” was peak Eminem, wait until you hear what he does with Penelope Cruz.

As the opening track for Our Love, “Can’t Do Without You” is everything you want out of a Caribou song: catchy vocal loops, sad-eyed synths, and down-to-earth doses of drum beats and vocal work. It affirms that Dan Snaith knows exactly what he’s doing, building the song as it sways and swells into a smattering of flawless melancholic electronica. It sets the tone for the rest of the album, one of Caribou’s strongest to date. 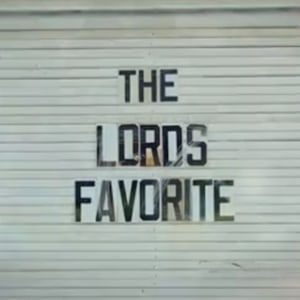 Danish punks Iceage have built a reputation for brutal punishing noise, but with “The Lord’s Favorite” they flex their rockabilly muscles with more than a hint of swagger. “After all I think it’s evident I am God’s favorite one/ And now is the time I should have whatever I desire,” Elias Bender Rønnenfelt sings, mixing equal parts of the Men, the Libertines, and “Folsom Prison Blues.” After listening to this lead jam from Iceage’s third full length, Plowing Into the Field of Love, no one’s really going to argue with him.

If it’s all who you know, Lizzo has managed to make just the right connections: production by Lazerbeak, a project with Grimes and turning up for a track on Prince’s recent drop, Plectrumelectrum. With her rolling cadence, droll asides and relaxed flow, it’s easy to hear what attracted all of this high caliber interest. On this track, Lizzo isn’t just singing about the City of Lights, but about dreaming in general, and she makes a clear pitch for remaining grounded to your real self even while you reach for the ring.

Like a sudden squall that moves in black clouds across the sky, the Seattle godhead released this tumultuous tune without warning one Sunday night in October, heralding their forthcoming three-disc rarities compilation. Though recorded in May, “Storm” is a fitting representation of their career and could have easily hailed from Superunknown. Prodigious and steeped in an occult aura, the tune sees Kim Thayil’s guitar screeching like a swarm of rats, Ben Shepherd’s rumbling bass lines, Matt Cameron setting an ominous bedrock with his drum patterns, and Chris Cornell employing deep intonations and high-end wailing to spout his cryptic imagery. That it arrives in tune to be cranked at Halloween parties is a bonus.

After the pristine dream worlds of Tomboy and Person Pitch, Panda Bear is once again burying himself in the grimy lo-fi textures that Animal Collective once favored. It’s safe to call “Mr Noah” industrial — Panda Bear’s delicate vocal melodies have to dig their way out of the distorted mayhem of the instrumentation, pointing less toward psychedelic dream-pop and more mechanical nightmare. If the other songs from his recent EP are any indication, the singer-songwriter’s upcoming album is sure to be slightly less noisy and deranged than the sonic experimentation on “Mr Noah,” but it’s still one of the most interesting sounds to come out of the Animal Collective camp in a few years. 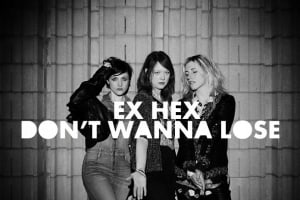 Mary Timony had her highest profile album yet with the super group Wild Flag, which burned perhaps too brightly and, in light of the Sleater-Kinney’s reunion, was probably not long for this world anyway. But the move rejuvenated her, and Timony’s new group Ex Hex takes her previous band’s back-to-basics approach and strips it down even more to a bubbly pop punk essence. The album launches with an infectious track that in another era would be an AM-radio ready hit.

White Arrows may be angling more towards the mainstream with their sophomore release, In Bardo, but the new album still hits the ground running with “I Want a Taste.” With plenty of throb, skitter and falsetto, this song will get in your head and stay there. White Arrows has good taste.

Autumnal heartbreak, wistful longing and jangly indie pop. Sure it’s been done time and again by a seemingly endless parade of melancholic twenty-somethings in cardigans, but rarely do these aforementioned depressives manage to create something as melodically compelling and emotionally poignant as Allo Darlin’ with the title track from their latest release, We Come From The Same Place. An ideal soundtrack for the changing of the seasons, “We Come From The Same Place” invites you in, offers you a warm sweater, cup of tea and immediate hook that gloriously builds into something that transcends twee, resulting in an exemplary track on an album full of them.

Too Bright, Mike Hadreas’ third album under his Perfume Genius moniker, still features the gentle, emotional ballads that populate his first two records. But with songs such as “Grid,” Hadreas rips the exterior off his sound. Bolder, more confrontational, songs such as “Grid” and “Queen” signal a new direction for Hadreas and it’s a good one.