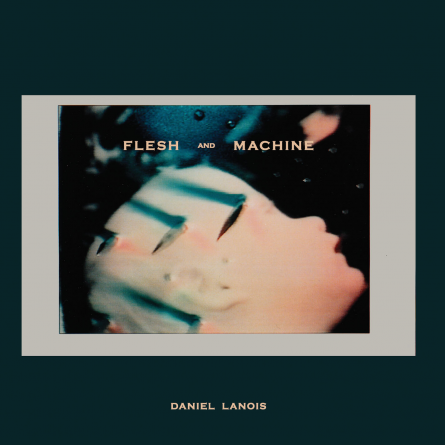 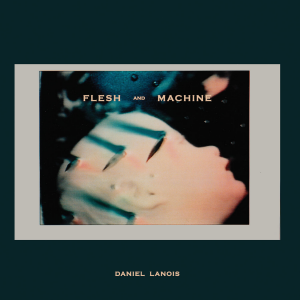 Following a fairly prolific stretch in the early part of the last decade that saw famed producer Daniel Lanois exploring his well-executed, largely singer-songwriter based fare, the former Eno protégé returns to his more ambient roots with Flesh and Machine. Moving away from the more song-based structure of these previous outings, here Lanois explores myriad textures, each thoughtfully crafted and pieced together from dissolving guitars, ghost-like vocals and churning drums. With commonplace sounds processed often beyond recognition, his is a sonic palette limited only by his imagination, an impeccable production style with nary a note out of place, everything precisely produced within an inch of its life. Sounds morph into shapes not completely beholden to the their mundanely organic origins to become something larger, more compelling than the sum of their organic parts, a true melding of the titular flesh and machine.

Heavily-processed distorted feedback and drums assault the ears on the apocalyptic “The End,” an incongruous noise-based track that follows the relative calm of the vocals-heavy opening “Rocco,” which gives a sound and feel overall more indicative of the album as a whole. A tumbling cavalcade of sound, individual parts slip in and out of the mix, creating a roiling tumult that refuses to be contained by the basic constricts of popular music. Instead, it explores the limits of sound within a controlled environment and under the hand of a skilled producer, capable of Eno-esque heights both in the work he’s done for himself and others. While an anomaly here, “The End” shows where, when fully unleashed, Lanois is capable of heading.

On “Sioux Lookout,” Lanois plays with rhythm and structure as processed vocals worm their way throughout the whole of the track. This creates a compelling juxtaposition when set against the clubfooted snare pattern that carries with it a lurching, almost funky groove that unsettlingly underscores the ghostly warbles of innumerable unidentifiable instruments. Here and throughout, Lanois uses the studio as his instrument, shaping and sculpting sounds through countless processors to craft those found only in his head. Though organic in nature, the sounds contained herein are those present only in the most vivid of surrealist dreams. Lacking discernible form and function, this is ambient music at its most aggressive, seeking to simultaneously placate those who tend to find favor in the abstract while also pleasing those who enjoy compelling rhythmic compositions as much as they do sonic experimentation.

Throughout, the most compelling of Lanois’ many processed instrumental voices is the steel guitar, capable of great beauty and sonic destruction as it alternates between delicate swoops and swirls and aggressive attacks that lend the music a sense of floating, replete with the fear of falling, being knocked out of the sky. It is an aural dream world in which listeners can lose themselves, occasionally regaining focus with an errant string scrape that signals the organic origins of the musical tapestry that makes up “Aquatic.” Plaintively plucking the upper register of the instrument only to gently swoop down to its lower range, Lanois utilizes the whole of the instrument to create a sound that, while identifiable and often familiar, transcends its origins to become something new and different. Much like a dream, these familiar elements serve to help retain a sense of being grounded, alleviating the fear of losing one’s self.

“My First Love” plays like lounge exotica/Raymond Scott crossed with Mort Garson, Bruce Haack and any number of esoteric outsider synth recordings moldering in some forgotten basement, ripe for rediscovery. With its shuffling synthetic waltz, aforementioned steel guitar and punctuating organ figures, this is as close as Flesh and Machine gets to straight ahead pop music territory. Like “The End,” it shows an alternate route that may have been sought had Lanois chosen to focus on styles less grounded in the more abstract, experiential elements of ambient music and instead take familiar elements and turn them on their ear.

This subversion of the familiar, reshaping it into something that works more viscerally and experientially than traditional popular music forms, helps to elevate Lanois’ ambient music to a higher plane and allows for the deep immersion of one’s self. Our thoughts are left to wander amongst the elements of the music, often guided from one to the next by subtle textural shifts that redirect one’s focus and allow for an organic listening experience not generally afforded by lyrical pop music.

With Flesh and Machine, Lanois’ mixing of the mechanical with the organic helps to trigger a full-body listening experience that, when fully immersed (ideally in headphones), allows the listener to experience surrender. Closing track “Forest City” picks up momentum as it nears its end, before carefully returning the listener to the world around them. While by no means revolutionary or game-changing, Lanois’ work here shows off a level of consistency and quality that can serve as a benchmark for those looking to explore similar terrain. The seeming simplicity with which a master executes his trade can ultimately be misleading.