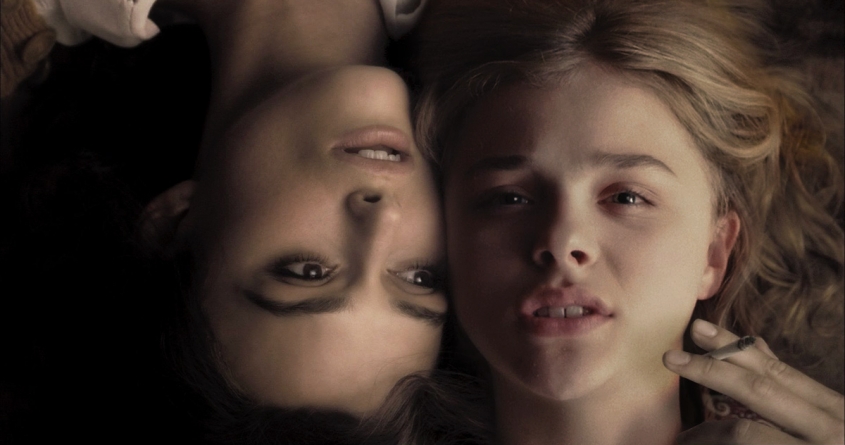 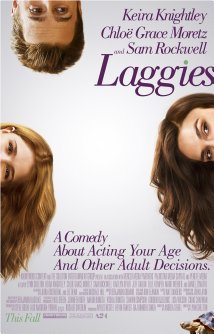 Sometimes the films with the lowest stakes walk the most precarious of tightropes. Laggies is yet another movie about the arrested development of a twentysomething with nothing to show for a college degree save the creeping onslaught of debt and the punishing feeling of being too old for all the objects and people from one’s youth but too inexperienced to handle the responsibilities of adulthood. Such films often err on the side of either condemnation or overly identifying self-pity, but Laggies, as filmed by an understated Lynn Shelton, regards its characters with a hands-off, observational tone that gleans humor from them without resorting to exploitation.

The film concerns Megan (Keira Knightley), a woman on-track for her 30th birthday while idly spinning a promotional sign for her father’s (Jeff Garlin) accounting office. Her interactions with childhood friends, vividly capture the sense of friends outpacing you in the established goalposts of life. Allison (Ellie Kemper, expertly curdling her bright smile with tacit but unmistakable judgment) even regards Megan the way she would a Tamagotchi or a Furby, as a curio from her youth that now sparks only the fleeting affection of fading nostalgia. When Megan tries to cut up around her and other career-minded pals like the good old days, they look almost perplexed by her behavior. (Though it takes up only a small portion of the runtime, Laggies is one of the purest evocations of the feeling of seeing your formerly fun friends emerge from some undefined chrysalis as yuppies.)

Reeling from the pressures of being unable to fulfill her potential, or to even know what that would entail, Megan takes a mental vacation in the past, first by buying alcohol for a group of teenagers, then hiding out in the home of one of them, Annika (Chloë Grace Moretz) to clear her head. Angela Seigel’s otherwise low-key screenplay at one point openly acknowledges this as a regression, but the strength of this thin premise lies in how subtly the film muddies the split between adult responsibility and carefree youth. Moretz’s early roles tended to cast her as a precocious youth with an eerily mature, even wise outlook on things that often rang as a grown-up speaking through a child, but here she displays a lack of certainty in having to deal with the usual and the extraordinary traumas of childhood. Annika’s blasé attitude isn’t so much a front for the deeper sadness and confusion she feels over her mother’s abandonment or her first romantic feelings but something that exists alongside them, part of the contradictory nature of being a teen, and a person in general.

Laggies takes a similar view of all its characters, who get empathetic performances from the actors. The film never condescends to teenagers, even when it pokes fun at them. Case in point, when someone tells a boy, to his face, that she wants to be his girlfriend, the poor dope haltingly responds, “So, you wanna try and be together?” in such a disarmingly excited way you can forgive him for being an idiot. Likewise, Megan is never reduced to a stunted caricature. Knightley cuts loose to play up how easily the 28-year-old Megan can fall in with some 16-year-olds, but when Megan’s high-school sweetheart (Mark Webber) proposes to her, the sudden flash of realization that crosses Knightley’s face, that this is the “right” life path that has been preordained by her friends, she starts to resemble the corseted, controlled women from the period films that are the actress’s bread and butter. Sam Rockwell enters into the film as Annika’s dad and, well, what can you say about Rockwell that isn’t already conjured to mind by reading that name? Sardonic and removed, Rockwell’s Craig quickly reveals shades of nuance and insight, the hard-working dad who is nonetheless keenly aware of what his daughter is going through.

Craig’s presence turns the film into a romantic comedy, though the bond between him and Megan owes less to any reasonably ordered narrative of attraction than to the fact that he is the only man in the film other than Webber’s unwanted fiancé. For a film that otherwise displays a refreshingly unhurried and non-didactic approach to a conflict frequently rendered in absolutes, its love story is too simply positioned as the crucible that exposes Megan’s failings and the means to overcome them. Laggies is at its best when it’s not really about anything at all, having fun with the hive-mind severity of Megan’s old friends or delighting in every small wrinkle of awareness that Craig betrays with only the tiniest of flourishes to make fun of the idea that he should live in the dark despite being a single parent. Above all, the film is one of the few to make dwelling in deferred adulthood a pleasurable escape without wallowing in despair. If only more movies had the simple wisdom to note that reluctantly accepting the state of one’s life is still an acceptance.