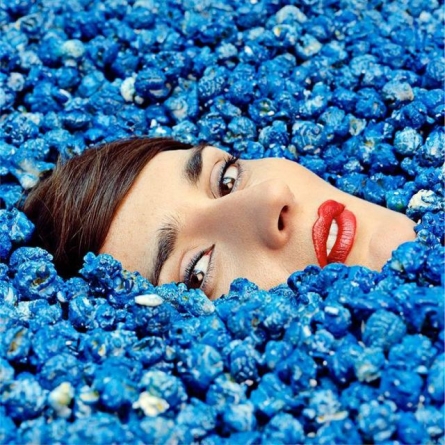 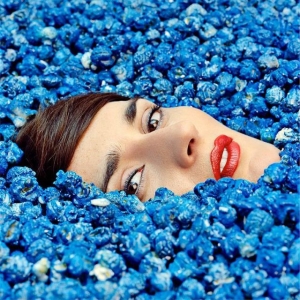 Back in the mysterious days known as the early ’00s, stories tell of a “MySpace” where user-uploaded musical tracks sometimes led to massive exposure and even record contracts. While most consider these to be legends in this age of YouTube, there are a few left who can attest to this. The French electropop group Yelle, composed of eponymous front woman Julie Budet, GrandMarnier and Tepr, first came to prominence via a diss rap that eventually became the viciously catchy “Je Veux Te Voir” and rose to the Top Five in their native country. More than that, it led to their astounding debut album Pop-Up (2007) and the more sedate but enjoyable Safari Disco Club (2011). Now that we’re caught up to the present, we are faced with a question: is Yelle trying to go pop?

Yelle have always employed a high-energy, beat-driven musical mode that by all rights should rocket them up the pop charts. But their resistance to collaboration (with GrandMarnier and Tepr handling production) and Budet’s refusal to sing in English has thus far kept them a cult act in the U.S. and U.K. With Complètement Fou, they’ve removed one of those obstacles to greater fame. While the 13 tracks on the album are still resolutely and entirely in French, mega-producer Dr. Luke discovered the group. If he didn’t entirely produce them, he has definitely given Yelle a buff and polish.

From the first moments of the opening title track of Complètement Fou (which translates to “completely crazy”), it’s clear that the man behind Katy Perry, Ke$ha and Kelly Clarkson has had his hands on this. It’s glossy and wrapped up in production gauze, opening with a stuttering electronic keyboard before Budet’s calm voice eventually morphs into the enormous coo of the chorus. “Ba$$in” is reminiscent of Budet’s snide early raps, while the seductive “Nuit de Baise I” and “Nuit de Baise II” belie the enjoyable crassness of the translation. Complètement Fou makes few changes to the group’s approach, allowing Budet to alternately sing and rap over snappy, crunching Eurodance beats, but Dr. Luke’s involvement adds a new level of shine to what was already bright.

Whether Dr. Luke’s involvement is an improvement is largely a matter of taste. While his approach to pop music is undeniably complementary to Yelle, you don’t get on board with Dr. Luke except to make an overture to the kind of chart-topping crossover hits that he is synonymous with. It’s the equivalent of a respected off-Broadway stage actor suddenly throwing in their lot with Michael Bay. There’s nothing wrong with that, it’s merely a different spin on a sound that they already were on the fringes of. It only remains to be seen whether it takes.