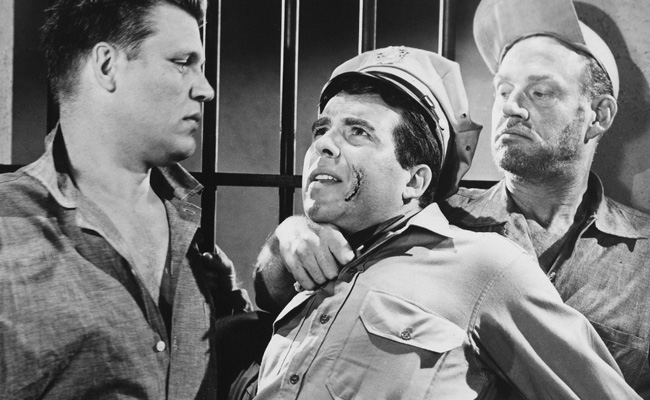 Although numerous “gritty” prison films may have diminished the effect of Don Siegel’s Riot in Cell Block 11 (1954), the film’s politics were actually quite revolutionary for its era. In a time when prison riots garnered national headlines, Siegel’s film posited that conditions are so horrible in some prisons that it takes such an event to draw in the attention of the public, an especially challenging task since we like to forget those who have been incarcerated and kept under lock and key.

The idea sprang when producer Walter Wanger went to prison for a few months following an assault charge. Angered by the conditions, he decided to advocate for change once he experienced the awful treatment. Along with Siegel and screenwriter Richard Collins, Wanger would create a film with a humanist ideology that is also immensely entertaining to watch.

The film begins when a handful of violent prisoners escape from their cells, subduing the few guards assigned to the block. Led by Dunn (Neville Brand), the violence spreads to other cell blocks and soon draws the attention of the governor when the inmates threaten the lives of the guards if their demands aren’t met. And what are those demands? They don’t want a million dollars in cash or a helicopter. They simply want better living conditions, more humane guards and vocational opportunities. In fact, the warden (Emile Meyer) comments that these are the same improvements he suggested in a recently written report. 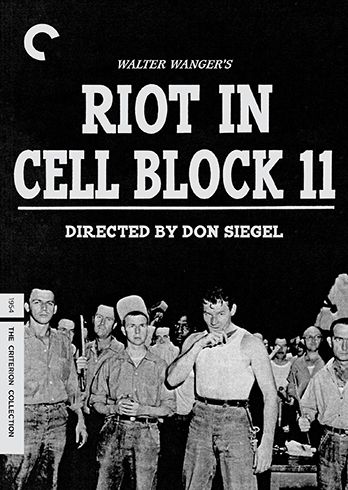 Siegel doesn’t care whether these men are vicious killers or wrongly accused. These are men kept in sub-human conditions and can’t take it any longer. They don’t care about harming the guards because they see those men as an extension of a system that has kept them down. When the time comes to execute one of the “screws,” Dunn selects the one who had been most abusive to them.

Siegel and Wanger wisely don’t make all the prisoners seething psychopaths. While Carnie (Leo Gordon) is hungry for blood, the empathetic Colonel (Robert Osterloh) goes along with the siege because he agrees with the demands. However, it’s Dunn who is the film’s most interesting character. Reasonable and articulate, Dunn is considered one of the more volatile men on the block by the warden. Meanwhile, he’s the one asking for more humane conditions and serving as the intermediary between the prisoners and the men on the outside. Dunn, however, is not a peaceful man. He has a short temper and even beats another inmate who goes against the revolt.

Riot in Cell Block 11 has some exciting scenes, but the true fireworks come at the end when the governor has agreed to the demands. When Dunn meets with the warden, he learns that the decision was overturned by the state legislature, leading to the ultimate question: just who is running the show here? For a brief moment, it’s the inmates, who must resort to the basest form of attention-grabbing to be heard. But once they acquiesce and stop rioting, they are simply forgotten again. It’s been 60 years since Siegel’s film was released and nothing has changed.