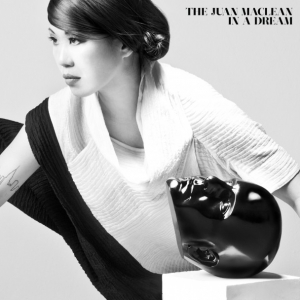 [xrr rating=3.25/5]LCD Soundsystem may have hung it up over three years ago, but James Murphy’s DFA imprint is still thrumming along at a steady dance-punk clip. By pumping out quality content that both thrives in the throng of the club or in an apartment by oneself, DFA never strays far outside an aesthetic that, paradoxically, refuses to color within the lines. The predictable unpredictability of LCD Soundsystem lives on in each new DFA release, with Murphy’s former cohorts branching out and doing dancefloor damage in new projects. This fall offers a bumper crop for LCD alumni, as Pat Mahoney has given us a statement debut with Museum of Love and Nancy Whang has once again brought her talents to another record by DFA mainstay the Juan MacLean.

This time around, though, Whang’s an official band member alongside the eponymous knob-twister John MacLean. There’s little chance you’ll miss the fact that she’s transformed the one-time solo project into a duo; her presence is felt early and often, dominating the vocal duties with a flatter delivery than usual that still somehow works. The shift in focus results in an album that drifts into pop-oriented territory but doesn’t set ears on fire like 2005’s debut Less Than Human. The ferocious robot voices are no more—instead it’s Whang singing about love. This is a more mature Juan MacLean, one that foregoes raw electronic fury in favor of accessible tempos and sophisticated production. The act has shifted from less than human to the exclusively human, now more prone to reaching for the stars or tugging at the heart than simply melting faces.

The result is a strong, cohesive effort that’s worthy of note if not quite worth writing home about. In a Dream hits the ground running with “A Place Called Space,” which churns out an infectious motorik beat that’s soon joined by delightfully cheesy ‘80s guitar swells along the line of Kavinsky’s flashy 1986 EP. MacLean’s heavily reverbed voice is the first one we hear about three minutes in, but Whang eventually takes over the mic and is stingy about giving it back. The eight-minute opener lays down a vibrant, head-bobbing foundation to the album, punctuated by laser lashes and increasing electronic complexity. Unfortunately, follow-up “Here I Am” blunts that strong start, relying on a cookie-cutter electronic bounce, a soulful “Oh girl” vocal loop and some chatty, uninspired vocals from Whang.

The album proceeds in that vein, a collection of highs and lows that revolves around plenty of throb and Whang. For his part, MacLean’s voice is often shrouded in vocal effects, an exception being his throaty turn on “Charlotte,” which also features more of a skittering pace than elsewhere. With titles like “Love Stops Here,” “Running Back to You,” “I’ve Waited for So Long” and “The Sun Will Never Set on Our Love,” In a Dream sets a yearning, amorous mood. The highlights are most often found when MacLean and Whang trade off vocal duties, such as on the ethereally-inclined “I’ve Waited for So Long.” But with most tracks easily eclipsing the five-minute mark, there’s enough room in each song to stretch out into shifts in tone, with variety of textures to be explored, especially on its fanciful, largely instrumental 10-minute closer.

In a Dream marks another feather in DFA’s cap. As an official duo, the Juan MacLean seems intent on tugging at the heart while forcing feet into motion. Ultimately, this latest release makes for a fine record that more falls in line with a succession of danceable music than stands out from the strobe-lit fray.