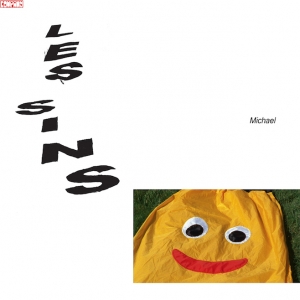 [xrr rating=3.75/5]If Les Sins’ disco-funk sounds familiar, that may be because it’s the electronic side-gig of Toro Y Moi’s Chaz Bundick. While Bundick’s main gig delivers more traditionally structured songs, Les Sins offers a platform for him to focus on texture, and craft largely instrumental music built around a variety of jagged beats and the soulful grooves he’s been delivering for years. Here he uses many of those same foundations, but he plays with instrumentation and shifts tempos, breaking out of the confines of song structure to accentuate different layers and offer subtle tinkering.

This is not the unnecessary sidestep that it may first appear to be. Sure, there’s really nothing non-electronic about Toro Y Moi, a project that hasn’t restricted Bundick from stretching out stylistically, but Michael demonstrates that despite his band’s elasticity, he can take those sounds even further. While themes may resemble Toro Y Moi, Bundick explores entirely new sonic territories, bringing in elements of dance, hip-hop and electronica, and not just as window dressing. He adds substance to genres that can easily feel hollow or contrived, providing much to grab onto without relying on trickery.

What might be most impressive about Michael is its restraint given the variance. Despite bridging multiple styles, many of them new for Bundick, he harkens back to his roots in the chill-wave movement by maintaining a laid-back vibe throughout. Tempos rarely accelerate because they don’t have to – Bundick’s seemingly effortless mix of instrumentation and electronic production carry the weight. “Sticky” might be the track that best shows Bundick’s command of space. With a swinging intro that floats into a mid-‘90s George Clinton groove, he creates two different tracks that gel together before slowing to a crawl. On “Minato,” he pursues heavier, darker electronic undertones at a prowling pace before locking into a tight, driving percussive groove about halfway through, while “Call” subtly brings in some harder techno elements.

Though Bundick has no trouble pulling off a Daft Punk-ish track like “Bother,” he’s much more of an original mind, and is better at covering himself. Some of the best moments here are ones that could be pictured as distant cousins of Toro Y Moi tunes, such as the downtempo “Bellow,” with its rainy keyboards and flower-y accents that sound like an Underneath the Pine track in slow motion. As Michael’s sole lyrical song, featuring Timberlake-esque vocals from Berkeley singer Nate Salman, the bouncy, rubber-y soul of “Why” could have appeared on any of Bundick’s recent records, not to mention the familiar tone of the humming, wobbly synth groove of “Talk About.” Still, the reverb-soaked electric guitar arpeggios and funky blasts of synth effects of “Do Right” might be the most memorable, as Bundick delivers a soulful slow-jam that would make Prince proud.

One gets the sense that, whether as Toro Y Moi or Les Sins, Chaz Bundick starts every song in the same fashion. He collects different sounds as if they’re raw materials, constructing tracks like a jigsaw puzzle. Though he’s always found ways to seamlessly conjoin the pieces, Michael shows he can be successful even with fragments from different boxes. Though on paper it shouldn’t work, Bundick proves that the more parts he’s playing with, the better he is.