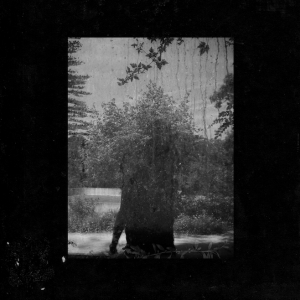 [xrr rating=4.25/5]There’s enormous value in stripped down, natural music. Modern innovations in the recording of chamber music, jazz and classical have been few and far between, but fans of these genres remain committed to the plainness of basic audio recording, capturing the organic sound of instruments and voices without worrying too much about their ideal pitch and timbre. Liz Harris, AKA Grouper, is a rather hip advocate of this recording strategy, boasting ten grounded, emotionally gripping studio albums that take full advantage of basic instrumentation, instinctive composition and atmospheric sound. Ruins, her latest and most austere album, is a pastoral and beautifully plain-spoken reminder of the value of naturalism in music.

Ruins has been described as ambient music, in part due to Grouper’s reputation, but it’s more accurately a type of stripped down chamber folk music that simply takes great advantage of ambient sound. Grouper’s last album, the haunting The Man Who Died in His Boat (2013), tread similar stylistic waters, but Harris has found a way to further tear away at the instrumentation for Ruins, leaving only the skeleton: piano and vocals. This ensures that the auditory landscape is even more open, allowing more space for the atmospheric sound to fill. Harris has composed six unvarnished piano ballads for the album—aching, poetic and bare—and two instrumental ambient pieces as bookends, but much of Ruins is still structurally conventional, built from repeated melodies and sensible chord progressions. Still, despite the stark composition of each song, Harris ingrains each moment with an incredible amount of emotional nuance and texture. This is clearly why the album is labelled “ambient”; this is rich essence borne of minimalism.

From this perspective, it makes sense that the album is enhanced by its imperfections. Harris’ voice is organically flawed, but this makes the music more tangible. The natural sonics are visceral and evocative, wholesome spaces that you can almost wade through. There are accidents on the record, noises that aren’t necessarily meant to be in the middle of the song: a stray beeping noise, the sound of something falling to the floor. These errors make Ruins feel starkly human, as though it were a straightforward document of sounds that actually existed in real space and not behind a wall of studio ephemera. Of course, Harris has never been one to systematically exploit the latest digital production techniques for her music, but as with everything on Ruins, she takes that ideology and goes even further with it. Ambient sounds that would be digitally edited out of most songs are ceremoniously edited in to Ruins, from the sound of croaking frogs and chirping insects to the light patter of a rain storm and the crash of thunder. Rather than tinker with the sonics to get them to some abstract state of perfection, Harris fights to make Ruins as rough, muted and raw as she can manage. It’s pure and elemental.

There’s a certain timelessness to its simplicity. The closing track, “Made of Air,” is the album’s most ambient, performed on a synthesizer pad with only traces of stray melody that disappear into its own lush echoes. Notes in the droning chord bend in and out of shape, twisting the sonic landscape with it. The track builds into a mass of sound before slowly dissipating into thin air, the reverb drifting into the atmosphere and into eventual silence. Harris seems to be making the point that music performed in tangible space is fleeting, and ephemeral, here and then gone, the only traces of it left in the memories of those who experience it firsthand. All of life is made of air. Ruins is an indispensable reminder of why that’s okay.