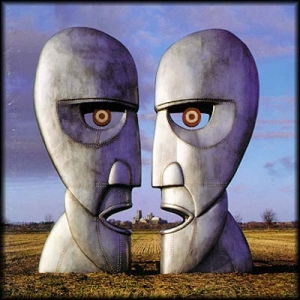 For many people, Pink Floyd ceased to matter when Roger Waters quit the band in 1985, although some consider his last album with the group, The Final Cut (1983), to be more of a solo record. The band had weathered the loss of its songwriting genius nearly 20 years before when Syd Barrett exited, but the remaining members weathered the storm and turned into the juggernaut that produced The Dark Side of the Moon and The Wall. Without Waters, David Gilmour, Nick Mason and Wright soldiered on with the Pink Floyd moniker, producing A Momentary Lapse of Reason (1987) and The Division Bell (1994).

By 1994, Pink Floyd were absolute dinosaurs, running on good will and nostalgia more than vital songwriting. The grunge movement was in its final days and glossy pop from Mariah Carey, Boyz II Men and Ace of Base laid the groundwork for the coming storm of the Spice Girls and Backstreet Boys. But when Columbia Records put on The Division Bell, the band’s 14th album, it still sold well, reaching platinum status both here and the United Kingdom, despite savage reviews. Rolling Stone’s Tom Graves kicked off his 2.5 star review by asking, “Is this still really Pink Floyd?” and claiming that the album “seems to cry out for someone with an overriding zeal and passion – in short, a nettlesome, overbearing visionary like Roger Waters.” Critics accused Gilmour of settling into middle age, producing perfunctory music out of contract obligation rather than a thirst or desire. At Entertainment Weekly, Tom Sinclair gave the album a “D” and said that “avarice is the only conceivable explanation for this glib, vacuous cipher of an album, which is notable primarily for its stomach-turning merger of progressive rock pomposity and New Age noodling.”

True, the album doesn’t possess the fiery angst or sense of danger that punctuates the Waters-era releases. However, Gilmour did have a noble intent in his songwriting, namely how opening lines of communication will likely solve numerous problems. Back in 1994, people speculated that The Division Bell might actually be an olive branch, an offering of peace to Waters, even an entreaty to rejoin the band. Gilmour denied any such interpretation, even if the track “A Great Day for Freedom” references a wall coming down. But what is more likely: a reference to the recently fallen Berlin Wall or an oblique mention of Waters’ metaphorical barrier? The album’s title comes from the bell in Parliament that is rung when a vote is about to happen. And of course, there is a song called “Keep Talking.”

But is there enough on The Division Bell that should keep people talking now, 20 years since its release? There are some true duds on the record, to be sure. “Wearing the Inside Out,” featuring a lead vocal from Wright reeks of the type of smoothness of which Graves complained and lead single “Take it Back” plays like a retread of “Learning to Fly,” and a lesser one at that. For those looking to point fingers at Gilmour and company for laziness need not look any further than those two tracks or the languid, plodding “Coming Back to Life.” The Stephen Hawking voiceover (taken from an advertisement) on “Keep Talking” simply doesn’t work, even if the song does have urgency to it. Roger Waters would never have let any of this stuff make it onto a Pink Floyd record.

Yet, The Division Bell contains numerous treasures that make it an improvement over Momentary Lapse, making it still worth a listen 20 years after its release. “What Do You Want from Me,” the hardest rocking song on the record, contains elements of the blues and feels rawer than anything in the band’s post-Waters oeuvre. The beautiful, instrumental “Marooned” won a Grammy for Best Rock Instrumental Performance and the plaintive “A Great Day for Freedom” still has an emotional pull that resonates.

Two songs, however, dominate The Division Bell, both stretching on for more than seven minutes apiece. According to co-writer Polly Samson, “Poles Apart” addresses both Barrett and Waters, in turn, in the first two verses. “Did you know/ It was going to go so wrong for you,” Gilmour supposedly says in the songs opening lyrics before calling out, “Hey you, (a definite reference to Waters and The Wall) before asking, “Did you ever realize/ What you’d become/ And did you see it wasn’t only me/ That you were running from?” But what is the intention? The lyrics do sound snappish, but this drop of venom propels “Poles Apart” over some of the other lifeless tunes on the record.

Gilmour saves his best song for last. The sprawling “High Hopes”, punctuated by the chiming of a bell, carries a heft that is absent from most of the other tracks. Gilmour said the lyrics are autobiographical, addressing things that happened to him as a young man. Even if the chorus is somewhat trite (“The grass was greener/ The lights were brighter), “High Hopes” succeeds in imparting a weary nostalgia for when life was more innocent and better. Gilmour doesn’t have the similar tragic youth that propelled much of Waters’ best songs, but “High Hopes” isn’t a song about regret. Instead, the guitarist takes stock of his life and the good and bad things that happened to him, even taking a moment to reference early song “See Emily Play.”

Pink Floyd mounted a tour shortly after the album’s release, filling stadiums with giant-sized effects and lights. I saw the show in Philadelphia the night before I took the SAT, still amazed at the drug-fueled bacchanal that took place in the parking lot as I waded to Veterans Stadium. The band kicked off the show with old song “Astronomy Domine” and concentrated on their older songs, peppering the set with Division Bell songs. “High Hopes” sounded particularly epic. It would be the band’s last tour.

Twenty years later, The Division Bell still suffers from much of what the early reviews bemoaned, yet it definitely holds a place in Pink Floyd’s catalogue. Critic Graeme Thomson wrote that the album “might just be the dark horse of the Floyd canon.” He felt that the opening three tracks – the instrumental “Cluster One,” “What Do You Want from Me” and “Poles Apart”- were “a hugely impressive return to something very close to the eternal essence of Pink Floyd,” and many of the other songs retain “a quiet power and a meditative quality that betrays a genuine sense of unity.”

While The Division Bell will never rival Meddle, Animals or any of the band’s other classic albums, it still is worth uncovering. The band returns this month with The Endless River, its first record in 20 years, a requiem for Wright, who passed away in 2008. Featuring material from The Division Bell sessions, the new album has received mixed, if gentle reviews, and will be the band’s final album, according to Gilmour. The onus of a final statement has been lifted from The Division Bell and 20 years later, listeners can enjoy the record without that stigma for the first time, deciding for themselves whether or not it truly is the band’s dark horse release.

As a nation, we cannot outrun the violence on which America was founded. It is inherent in…