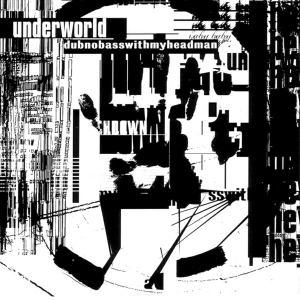 [xrr rating=4.75/5]Twenty years from now, will any dance records be worth reissuing? Porter Robinson, Skrillex, deadmau5, Plastikman, Caribou, Kele, Les Sins, Flying Lotus, Simian Mobile Disco, Aphex Twin, Diplo and SBTRKT all cut albums in 2014 that inspired chatter outside of club land, yet that chatter died down as soon as the next genre-blurring endeavor was available to stream. Music consumption has evolved considerably since Karl Hyde, Rick Smith and Darren Emerson sat down at London’s Lemonworld Studios to tinker on arrangements for 1994’s Dubnobasswithmyheadman. But the album’s nine tracks arrived from a collective talent that could create an inspiring melody no matter the millennium or technology.

The first full-length release from Underworld Mk2, the album was a significant departure from the chart-landing guitar-focused arrangements of 1989’s Change the Weather. With the addition of Darren Emerson, the duo hit US Radio as the M25’s answer to INXS. If not for the unique vocal flair of Hyde, the album’s lead tracks barely sound like Underworld. You only have to read the track listing to see the difference: average track lengths increased nearly five minutes between albums. Emerson’s attention to ambient underground textures meant less of a focus on lyrical storytelling, yet Dubnobasswithmyheadman is no less affecting than its predecessors. The ringing dissonance and distorted echoes of “Tongue,” the euphoria pumping through every analog nook of “Mmm…Skyscraper I Love You” and the soul-quenching tribal rhythms beneath “River of Bass” all carry more visceral impact than Underworld’s earlier electro-pop efforts.

This original release was so transfixing, you wonder if the band’s legacy needs this reissue, or if it’s simply an end-of-career cash grab. But even if you’re strapped for cash, the remaster is a better buy than 95% of the EDM currently pushed through Beatport. If not for the 1000s of re-spins alone, a fresh copy reveals new brilliance to the psychedelic layers that have fueled twisted illusions for a generation. Just pull the album out of a tight sleeve, spin the dank break beats of “Surfboy” and convince any recent dance music convert this is some up-and-coming French techno artist.

For fans that have followed Underworld through their various incarnations, the five-disc set is essential. Deserving a weekend of attention, its more than 40 tracks document their underappreciated abilities to transform their own works. Bringing the board on the road with them, the trio continually gave new shape to these songs. From the electropop flashbacks of “Concord” and “Can You Feel Me” (among the previously unreleased recordings on disc four) to the pounding hardline techno that punches through the intro of “Dogman Go Woof” (a non-lp B-side from 1993), the set introduces new, previously unheard angles of the trio’s music to new and old fans alike.

Unlike the forced emotion often heard on dance floors today, Dubnobasswithmyheadman wasn’t a retaliation and over-correction to the trending sounds of the ‘90s, but the result of an open format creative process. Hyde, Smith and Emerson dabbled as they pleased, with no genre hang-ups to avoid, no labels to cross, no sample packs to freely torrent and no trendsetting blogs to pander to. And they knew how to self-edit, a tip for SBTRKT and Flying Lotus, who have each made excessively long albums this year. Cynicism be gone, if a producer today has made an album worthy of a similar reissue twenty years from now, I bet they listened to this classic.