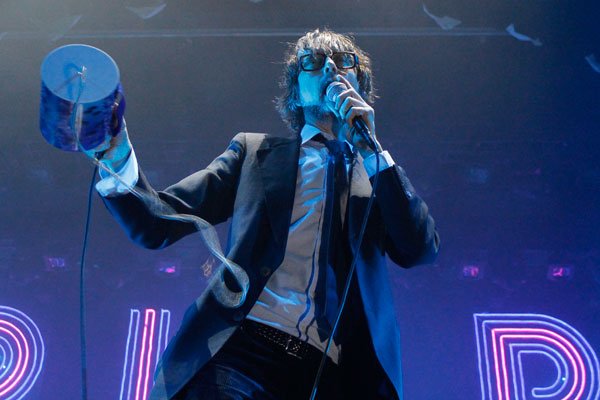 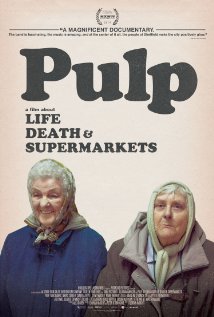 If Oasis and Blur were Britpop’s Beatles and Stones (a braver and dumber man than me can decide which is which), Pulp was the second coming of the Kinks. While they never had the same level of cultural saturation as their peers, Jarvis Cocker and company were the oddballs who managed some hits on the side and slowly just got weirder and weirder. They wrote songs about working class depression and bad sex and urban legends; they pulled stunts like bum-rushing Michael Jackson on national television; they hired an already legendary Scott Walker to produce their last album, which was tantamount to wishing away the last vestiges of commercial appeal.

But what the new documentary by Florian Habicht Pulp: A Film About Life, Death & Supermarkets shows more than anything else is that this band of weirdoes are actually some pretty normal folks from Sheffield. After years of inactivity, the band reunited in 2010 for a series of concerts, culminating in a 2012 concert in their hometown. A quick civics lesson: Sheffield is a traditionally industrial city in the north of England, which had a sharp economic downturn in the 1980s, right when Cocker and the rest were growing up. For Americans, it’s like being from Scranton. Got it? It’s not the England of “Downton Abbey” or the village green or even the London slums. It’s a fairly dull place full of government housing and fishmongers and the like. Pulp is as much about the city as it is about the band, but it only becomes apparent late in the film how much Cocker’s lyrics have actually reflected the very citizens that this documentary chose to interview.

Habicht spends roughly equal amounts of the film engaging with fans of the band (who tend to be a more fervent/obsessive lot than most; one woman interviewed speaks at length about her homemade Pulp underwear), the denizens of Sheffield and the band members themselves. It’s something like Pulp’s Last Waltz, but rather than self-mythologizing, as Scorsese helped The Band do in that film, Pulp spend most of Pulp talking themselves down. Keyboardist Candida Doyle discusses her struggles with an “old person’s disease” (rheumatic arthritis) as a teenager; guitarist Mark Webber self-describes as a guy who gets on the bus a lot; even Cocker, one of the most charismatic frontmen of Britpop, describes his reaction to fame as something similar to a nut allergy. But through it all, there is a sense of warmth and appreciation for what they’ve done that at least adds a sense of authenticity to the interviews.

Pulp isn’t a thorough examination of the band or their history. It glosses over the fact that approximately half the population of the United Kingdom has been in the band over the years; it somewhat disingenuously presents the current lineup as the band entire. It also mostly skips over the band’s early failures as pop artists. But frankly, that’s not what the documentary seems to be going for. The frequent cuts to footage of the Sheffield concert shows Pulp as a still potent live force, with Cocker exhibiting his awkwardly fey stage persona more exuberantly than ever. Likewise, several singalongs by fans and staged musical interludes show how the band’s music can be powerful in any context. Pulp is one of the odder, yet accessible concert films in recent memory, but that just seems fitting, considering the subject matter.