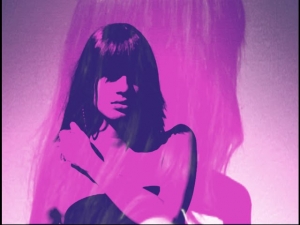 [xrr rating=4.0/5]What is perhaps most intriguing about Turning’s existence and release in 2014 is that these recordings were made nearly a decade ago during the European tour to support Antony and the Johnsons’ breakthrough 2005 release, I Am a Bird Now. Dealing heavily with gender and identity issues, the touring version of the material, referred to both in this release’s title and archival footage from the tour as Turning, utilized a visual component that showcased those who Antony Hegarty referred to as “beauties.” These 13 women, many of them transsexual, were showcased on stage throughout each performance, literally turning on a small pedestal while projected, juxtaposed images of themselves flickered on a screen beyond the performers.

Released in tandem with a documentary of the same name, Turning the album functions as an audio companion to the film, a real-time soundtrack to the events as they transpired both onstage and off. While certainly compelling as a visual component, the film Turning has a general lack of focus that tends to be its biggest drawback, as it’s unsure whether to hone in on Antony and his performance of the songs or the backstories of each of these “beauties.”

Rather than choosing one over the other, Antony and video artist Charles Atlas elect to cobble together a little bit of each, offering glimpses of what could have alternately been compelling concert footage and genuinely moving human interest stories as each of the “beauties” is afforded several minutes of autobiographical talking head shots. Coupled with the songs of Antony and the Johnsons, these insightful interviews give life and a face to the characters inhabiting the often melancholic material of the group, leaving one wanting more thorough examinations of each of the “beauties” rather than the frustratingly brief insights provided between backstage and traveling shots.

Put on display amongst like-minded individuals, each of the “beauties” shines, putting forth a quiet confidence that betrays the years of hardship and personal turmoil that helped to shape and ultimately harden their character. It’s an effort to humanize and celebrate these women as individuals without playing into the more fetishistic elements generally focused on by, for lack of a better term, mainstream culture. But the presentation of the women on a rotating pedestal, at least in the visual component, has an air of exploitation in that each is put prominently on display, seen from all sides and soundtracked by rough approximations of their deeply personal experiences. Coupled with the visuals, the message becomes a bit muddled.

From a purely musical performance standpoint, Turning functions as a victory lap of sorts for Antony, coming shortly after he was awarded the Mercury Prize for I Am a Bird Now. Antony has gone so far as to say, “I would qualify Turning as the most significant work of my career,” indicating that the performances themselves helped plant a seed for universal recognition of both transgendered people, “the feminist cause” and each group’s subsequent rise in both awareness and pop cultural profile. While this might be overstating the impact somewhat, the material presented here does make a compelling case for a heightened awareness should it eventually reach a broader audience.

Alone at the microphone, Antony’s movements are nearly as fluid as his vocals, the raw emotion of each lyric and each vocal phrase etched on his face. For Antony, the lyrics manifest themselves in his physical performance in a deeply personal manner. It’s as though in each performance he finds himself reliving the lyrics themselves, inhabiting each emotion fully before vocally extracting them.

Uninhibited within the live context, songs are allowed to bend and stretch, exploring themes to their organic conclusions, only to come abruptly to an end while leaving the listener longing for more. Though this method proves initially satisfying, by performance’s end, the push-pull dynamics designed for maximum emotional impact have become somewhat formulaic. Without the corresponding visuals featured in the film and experienced by the original audiences, much of the intended impact becomes lost in translation, amounting to little more than quality performances of then-new and unrecorded material.

When “Hope There’s Someone” begins with just Hegarty’s melancholic recitation of the lyrics and piano, one can clearly see the sonic mountains on the horizon that will, by song’s end, fully envelope the listener, building to something well beyond the studio version that, in turn, threatens to collapse in on itself. Seen in its original context, it provides a powerful audio/visual experience that shows the gravity of the performance and hints at its lasting impact on both the performers and audiences alike.

While the accompanying film certainly helps flesh out the performances, Turning as an aural document of the live show can do nothing but help further cement Antony’s legacy as an inimitable, influential composer and performer. With much of the material itself culled from I Am a Bird Now, it’s striking to hear relatively newer songs from both The Crying Light and Swanlights, realizing it would be a full four years before the release of the latter, which has also proven to be Antony and the Johnsons’ last studio album to date. One wonders if Turning serves as the culmination of a project that began in 2006 and, with a cultural climate in which gender and identity issues are now openly discussed, finally saw the product of the seeds it sought to sow come to fruition. Should this be the case, Turning serves as the monument to an age and a celebration of beauty in all its forms. A remarkable achievement.