Recorded with Al Green’s backing band the Hi Rhythm Section, Frazey Ford’s new album Indian Ocean is prime folk-infused, laid-back Memphis soul. With its rolling rhythms, throwback vibe, and soulful vocals from Ford, the album starts off with this clear highlight. Melancholy but ultimately joyful and melodically soothing, “September Fields” is a perfect song to ease the jarring transition from fall to winter.

This largely untested duo is one of many electronic pop artists in a booming Montreal scene, but new single “Get Happy” boasts tighter song structures and broader appeal, while maintaining their open sound and aching, bittersweet temperament. Producer Alex Cowan builds a shimmering, blooming ambient pop arrangement that slowly rises around the celestial vocals of Raphaelle Standell-Preston, singer for the equally intimate and atmospheric Braids. With it’s crisp, icy electronic groove and anxiety-ridden lyrics, “Get Happy” isn’t so much a cure for the winter blues as much as a divinely simple, beautiful compliment to it.

Three albums in, King Tuff’s kitschy ode to protopunk and soda jerk rock might have reached its purest form on this track. With a kinetic riff that echoes the Replacements’ “Kids Don’t Follow” and Tuff’s nasally whine namedropping Judas Priest and Black Sabbath, it charges forth with glee. As scorching and unapologetic a paean to finding love in another’s shared musical fixations as Tuff ever recorded. 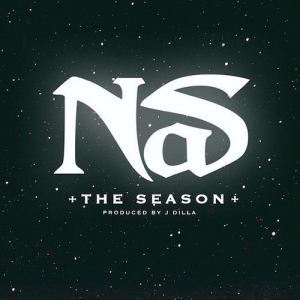 The first cut from Nas’ follow-up to Life is Good is a heady exploration through the jazz-tinged exploits of the late, great J. Dilla. Set atop the producer’s regularly ripped “Gobstopper” single, Nas is quick to thank Dilla for his contributions to the hip-hop community: “Nas and Dilla beat, the fly soliloquy/ Some real nigga talkin’/ This don’t happen too often, take precaution/ Liars and frauds got you exhausted/ You’ve been accosted/ Who told you I’d lost it?” Within just a few beats, Nas takes aim at a few of his lyrical contemporaries: “Jay Elec doesn’t write it/ HOV couldn’t write it, he vacationin’/ Jungle the only brother I take shit from/ Hassan give me lines, we talk all the time/ So I guess if he inspired my song it ain’t mine.”

The latest song from 19-year-old Las Vegas upstart Shamir Bailey sounds nothing like debut EP Northtown, but since each of those tracks struck its own distinct note – sassy disco, torqued Silent Shout electro, mournful country – it sounds just like them. Over a brash, brittle and slightly kitsch slice of bedroom-DFA electro, Shamir turns his strikingly androgynous voice to rap and nails it with a unique flair that veers pell-mell from flirty to freezing, nimble to no-frills. Usually, there’d be a guest vocalist stopping by the studio to deliver the sung bridge (“Don’t try me, I’m not a free sample” amen) – but since this is established Renaissance man Shamir, he just does it himself.

After the film A Bag of Hammers, this BBC comedy theme song is Flynn’s second soundtrack effort, but it is also his first release since last year’s Country Mile and a teaser for his role opposite Anne Hathaway in Song One, due in January. Though there is less pressure to writing a two-minute theme to be parceled out in 30 second increments, Flynn once again proves his talent for weaving pure, finger-plucking wonder out of simple chord patterns and lovesick longing. In keeping with his shift to richly layered production, he marries folk guitar, horns, strings and double-time percussion to create a track far more stirring than any television theme has the right to be.

Impressive performances from all MCs involved, even if the quality of the lyrics casts doubt on the “freestyle” status of this cypher (in particular, Royce Da 5’9”’s “Jack and the Beanstalk” pun). Eminem, unsurprisingly, came under fire for his Lana Del Ray line. Given that he flourishes under this kind of criticism, though, detractors would do well to note, “You’re playing right into Lex Luthor’s hand!” 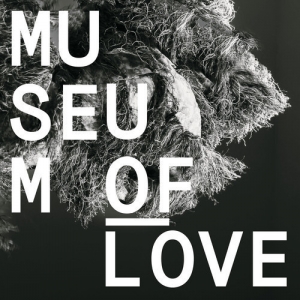 LCD Soundsystem may be history, but the band’s former drummer, Pat Mahoney, keeps its spirit alive and well with this track from new band Museum of Love. With propulsive percussion and an infectious bass bounce, this track will get you dancing like North American scum. By song’s end, the instrumentation blows up into a kitchen-sink approach—extra points for the brief appearance of some killer wood block.

Singer-songwriter Josh Tillman’s best tendencies are evident on this track as he pairs satire and irreverence with melancholy and the stark light of reality. As Tillman sings, “They gave me a useless education/ A subprime loan/ A craftsman home/ Keep my prescriptions filled/ Now I can’t get off, but I can kinda deal,” a laugh track kicks in and the effect goes from subdued to jarring. A well-crafted song that’s a devastating social commentary on the broken American Dream.

Rhys packs a lot of zaniness in his lovable concept album American Interior, but this track may be the album’s most lyrically straightforward. Rhys stretches his voice to lofty heights and crooning lows, bopping along urgently to Kliph Scurlock’s excited rhythm as the song details correspondence between John Evans and the explorer’s family. “100 Unread Messages” weaves a sad yarn, but the music is downright giddy.

Rob Sonic and Aesop Rock aren’t the type of rappers to fall into easy stereotypes. So when they tackle one of hip-hop’s most common tropes, they’re going to have fun with it. Aesop looks into his bank account and claims, “Money is a motherfucking joke/ 40 bald eagles sown into a coat/ Buy another strip mall every eighth note.” It’s absurd fun, the duo bouncing off of each other with obvious glee, and it’s impossible not to love a song with the hook “Money, money, money, money, money, money/ Motherfucker!”

This year I’ve reviewed albums of Bollywood soundtracks, Turkish psychedelia and Norwegian cosmic disco. But my album of the year is solid, grunge-flavored rock ‘n’ roll with great pop hooks. Purling Hiss’ Weirdon closes with this eight-minute epic guitar showcase for Mike Polizze that’s not even the best song on the album, just the best one on YouTube.

Publicity stunts aside, U2’s new album, Songs of Innocence is the band’s strongest work after a relatively fallow decade. “Every Breaking Wave” includes all the key elements of a killer U2 song down to catchy chorus and Bono’s soaring vocals. The singer was recently injured in a bike accident, putting the band’s activity on hold for the time being, but “Every Breaking Wave” and Songs of Innocence should be enough tide over fans in the interim.